The Feeny man was fundraising for Friends of Altnagelvin. 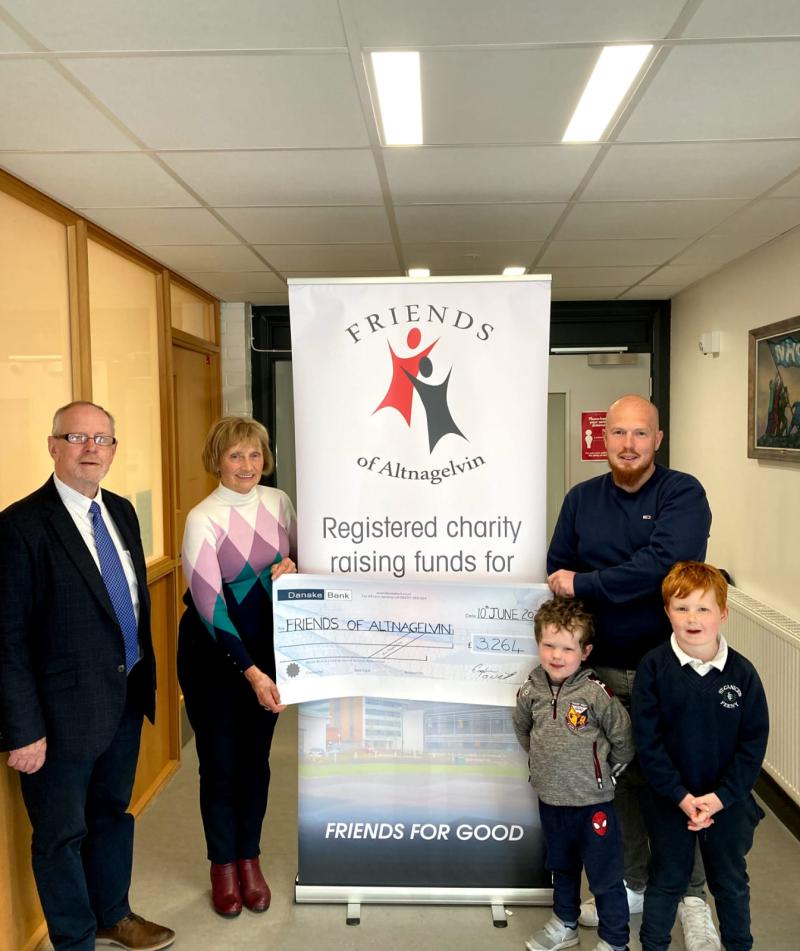 Eoghan O'Neill handing over the cheque to Friends of Altnagelvin.

Eoghan O'Neill, with Tomás and Caódhan, from Feeny, are pictured presenting a cheque to Brian Moran and Evelyn Smith of Friends of Altnagelvin after recent fundraising he completed.

The fundraiser involved him running a 5k in all 32 counties in Ireland in under a week within 30 mins per run. This equated to 160km of running and over 2500km of driving.

His friend Sean Hassan (not pictured) also ran the first 20 runs with Eoghan for support.

Eoghan chose the charity in memory of his late father-in-law Bob Mullan who received care in the hospital.

Also, his son Tomás spent some time in the hospital on numerous occasions as an infant and he has seen first hand how the charity benefits the families of the patients.