Ballinascreen's Benny Heron has become something of a cult hero. 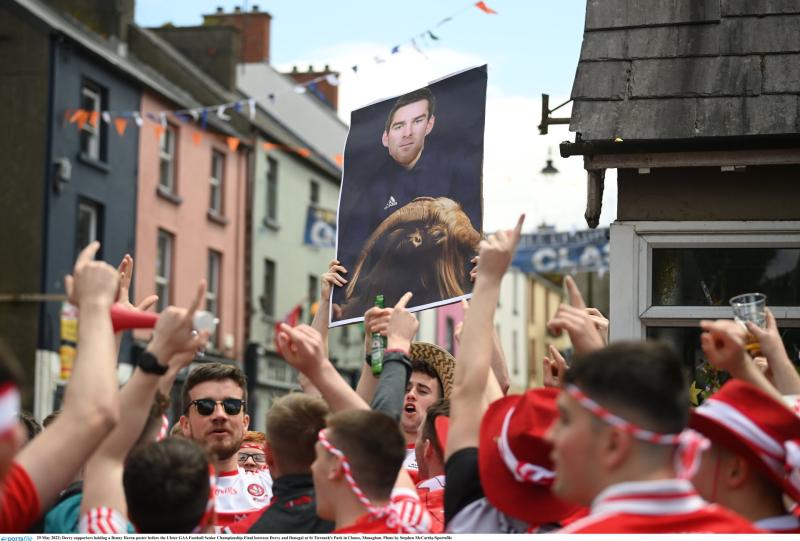 A group of exuberant Derry supporters are congregated at the bottom of Fermanagh Street, outside the Creighton Hotel.

One man is perched on another's shoulders, with a drink in his right hand. In his left? An A2-sized poster of Benny Heron and a goat. 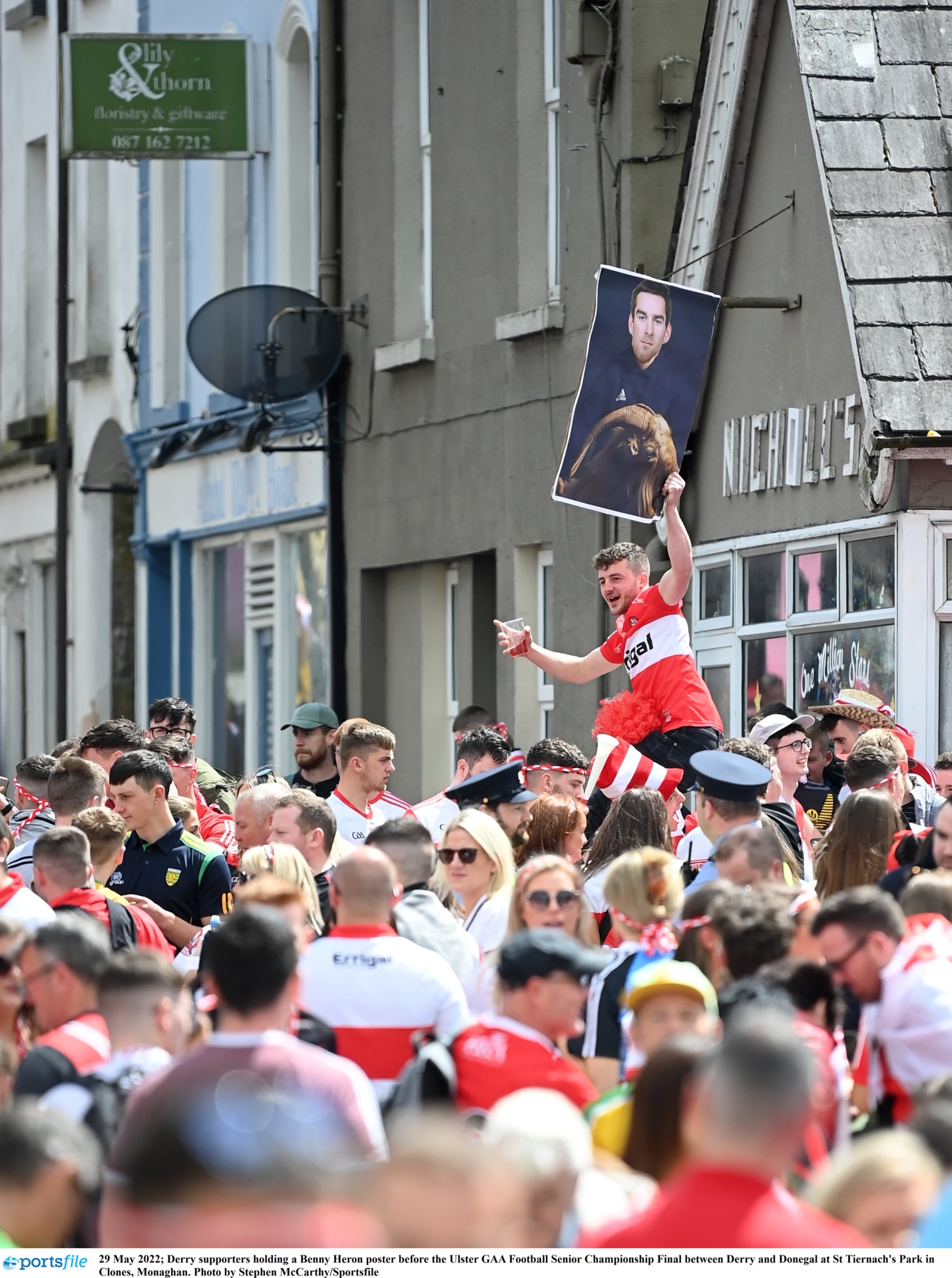 Those unfamiliar with sporting social media's 'banter years' may be perplexed, but for the uninitiated, GOAT is an acronym for 'Greatest Of All Time'.

Grammarphobia.com claims the first example of the term being used as a superlative is from September 1992, when Muhammad Ali's wife incorporated Greatest Of All Time (GOAT) Inc to consolidate and licence her husband's intellectual properties for commercial purposes.

The term also provided the title for a 2000 album by rapper LL Cool J, and a 2012 documentary '100 Greatest of All Time' broadcast by the Tennis Channel.

However, the man anointed by Derry fans as the GOAT in 2022 is Ballinascreen goal-machine Benny Heron.

You can't touch the #GOAT pic.twitter.com/EFGrV6E13Q

The St Colm's forward has become a cult hero for the hordes of Derry followers who have packed stadia watching their heroes this year.

And in turn, he has inadvertently ignited a cottage industry in posters, banners and internet memes in the hills of south Derry.

The account has been pumping out content since it retweeted a poster of the 'Screen man's face superimposed onto Jesus' head on a bus run to the All-Ireland quarter final.

“Benny Heron does not sleep. He waits,” read its first ever tweet.

Other tweets have focused on the Ballinascreen man's apparent likeness to Ireland international footballer Seamus Coleman, while a number of videos have been posted in his honour.

Mock ups of a plain red Derry flag with the word 'Doire' on it have also popped up all over social media.

The flag has found its way onto Geri Halliwell's iconic Union Jack dress from the 1990s, into the famous Jack and Rose Titanic freeze-frame and into the arms of a parachuting Boris Johnson.

The most recent design sees things taken up a notch. An artistically created cartoon of Heron in front of a mirror, a reflection of a goat staring back at him.

"Mirror Mirror on the wall. Who's the greatest of them all?" pic.twitter.com/ThBeKdjKjm

None of this will make much impact on a Derry squad preparing for Saturday's game.

Captain Chrissy McKaigue brushed off any notion that the players were getting carried away by any of the hype, referring to the 'intelligent' dressing room.

“There's enough intelligence within the dressing room to understand the next game is always the most important game,” he said.

“We've already been humbled by Galway once this years so we know if we are not on it, it could happen a second time.”

That said, if Derry are victorious on Saturday evening the heads will be pulled together again in the search for new, even more engaging content.