The 'Here for You' engagement strategy was launched this week. 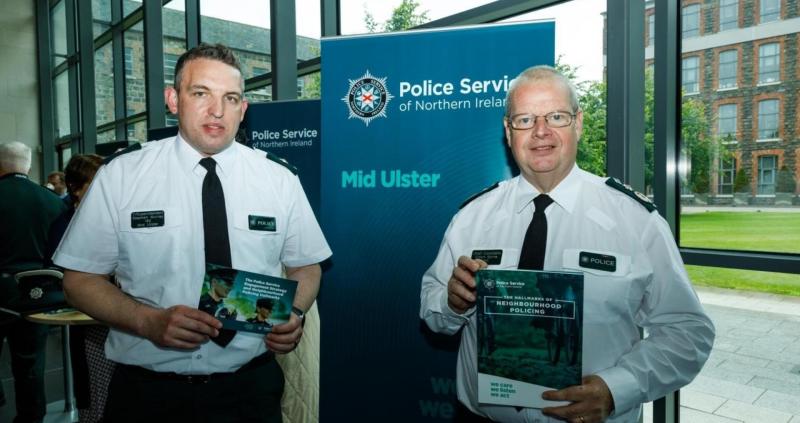 County Derry's local policing districts have been marking a 'significant new milestone' in their policing journey this week as the PSNI launched a new engagement strategy.

The new 'public engagement vision' – entitled 'Here for You' – sets out five key pillars to define the PSNI's approach to policing within the community.

Attraction and Recruitment, Engagement, Procedural Fairness, Local Accountability and Effective Neighbourhood Policing are included, with the latter underpinned by a further eight 'hallmarks'.

PSNI Chief Constable Simon Byrne told a launch event in Newtownabbey that there was a 'real appetite' for neighbourhood policing.

“The launch is a significant further milestone on our policing journey, marking not just how far we’ve come but also providing a blueprint for continuous improvement,” he said.

“We’ve made a lot of progress in recent years in reducing crime and keeping people safe. Northern Ireland is now one of the safest places in the UK with some of the highest levels of trust and confidence in policing because of what the Police Service has achieved working together with local communities at a neighbourhood level.

“However, whilst we’ve achieved a lot, including taking record amounts of drugs off our streets, we know there is more to do.

“By investing in neighbourhood policing and engagement, alongside modernising our service, Police can more deeply embed the prevention and early intervention approaches that will be key to meeting the challenges of the future.”

Leadership teams from both the Causeway Coast and Glens and Mid Ulster policing districts also attended the event.

“What they have consistently told us is that they need a police service that is visible in their communities, accessible, responsive when called upon, and is community-focused,” he said. 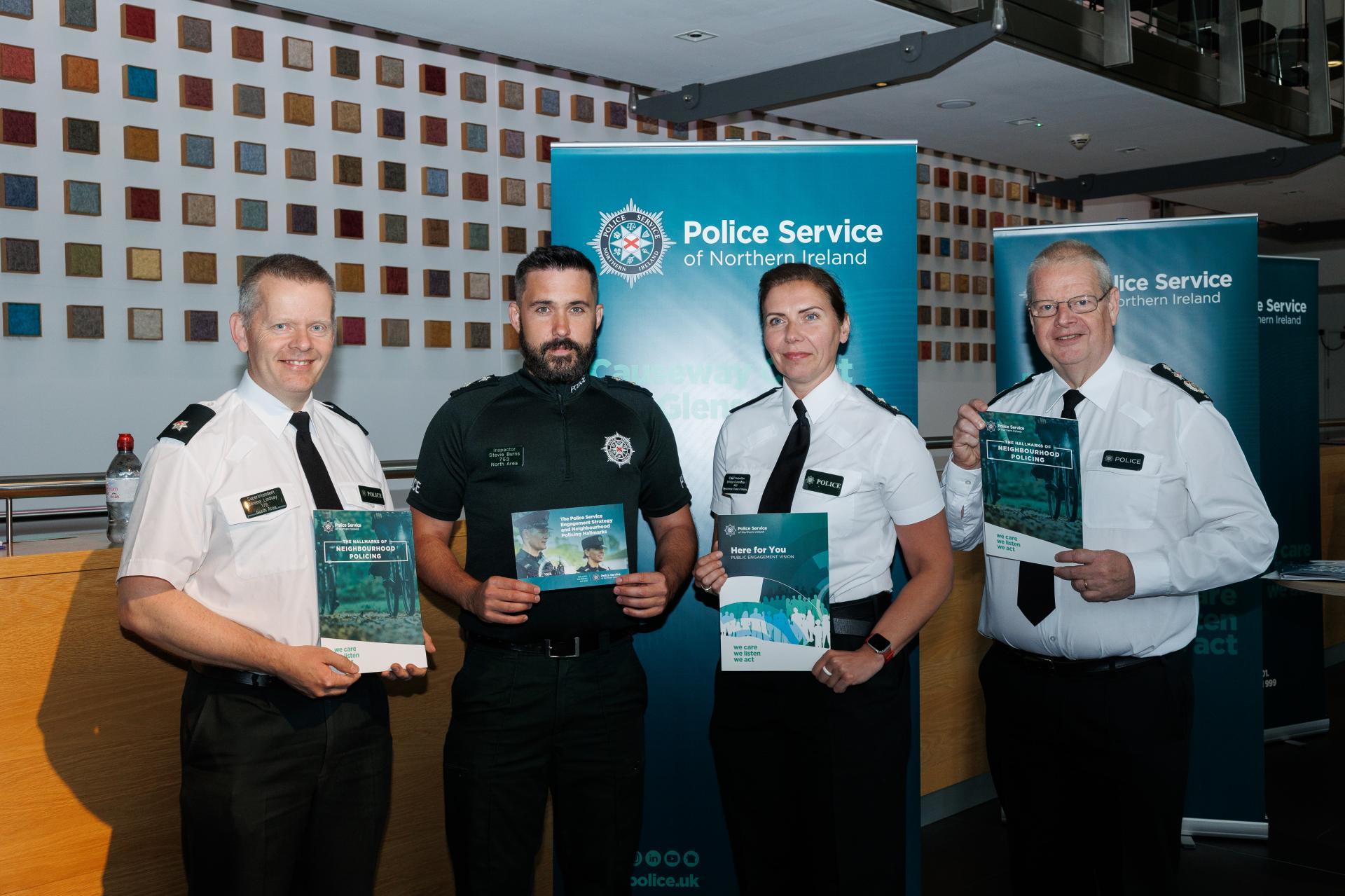 “Community safety is only possible through a partnership between police and our communities.

“Whether it’s by providing better real-time data to problem-solve, improving local accountability, or embedding the right culture, our Public Engagement Vision sets out how we will ensure our communities feel a sense of ownership, trust and confidence in how we work together to keep people safe at a local level in our district.”

Recently appointed to the role of District Commander for Mid Ulster, Supt. Stephen Murray spoke to Liam Tunney about policing priorities for the district, staff morale and the impact of the pandemic on both crime and policing.

“This is why we’ve also launched our Hallmarks of Neighbourhood Policing which provides a framework for consistently high-quality standards that local communities can expect and demand from their Police in Mid Ulster,” he said.

“Wherever you live, the Hallmarks of Neighbourhood Policing will empower local communities to co-develop and co-deliver a neighbourhood policing approach that works for them.”

NI Policing Board Chair Doug Garrett said the board fully supported the initiative.

“We know that communities want a service that is visible, engaged locally and is responsive to community issues and concerns,” he said.

“Policing in partnership with local communities and delivering local solutions to problems is central to maintaining and building confidence in the service.

“These hallmarks reinforce the commitment of the police to continue to improve the service delivered locally.”