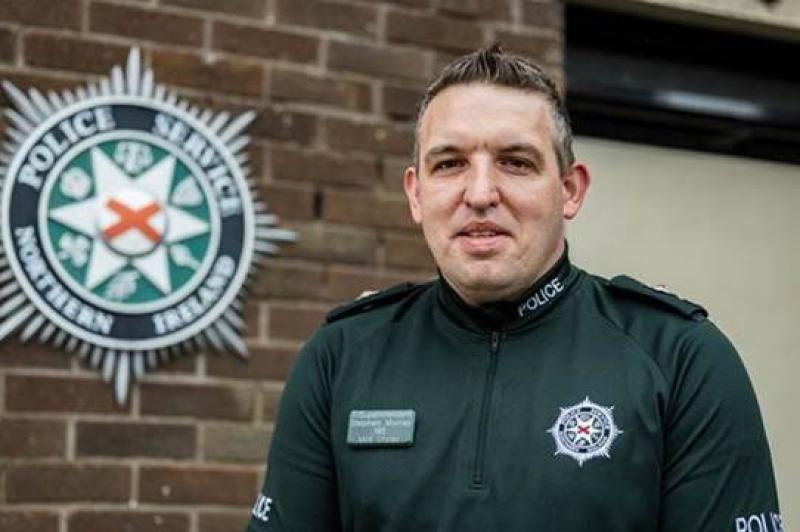 Supt Stephen Murray was appointed to the role permanently in March 2022.

Recently appointed to the role of District Commander for Mid Ulster, Supt. Stephen Murray spoke to Liam Tunney about policing priorities for the district, staff morale and the impact of the pandemic on both crime and policing.

Having held the role on a temporary basis from November 2021, Stephen Murray was permanently appointed last month, and has a clear vision for policing in Mid Ulster.

“Mid Ulster has a very settled team of frontline officers and staff who have been here for a number of years and are committed to the district,” he told the County Derry Post.

“It makes a big difference to how policing is delivered across the community and I think that is a massive strength for us. In our local policing plan there are a number of priorities.

“They are summarised in three main areas; the harm drugs are doing to our community, which is significant in terms of its links to organised crime and a much broader picture.

“The next is ASB (anti-social behaviour). Whilst it is a low-level crime, the impact it has on quality of life is significant and quite rightly our PCSP and communities ask us to address matters around that.

“And it's road safety. In every community, road safety is a big issue.” 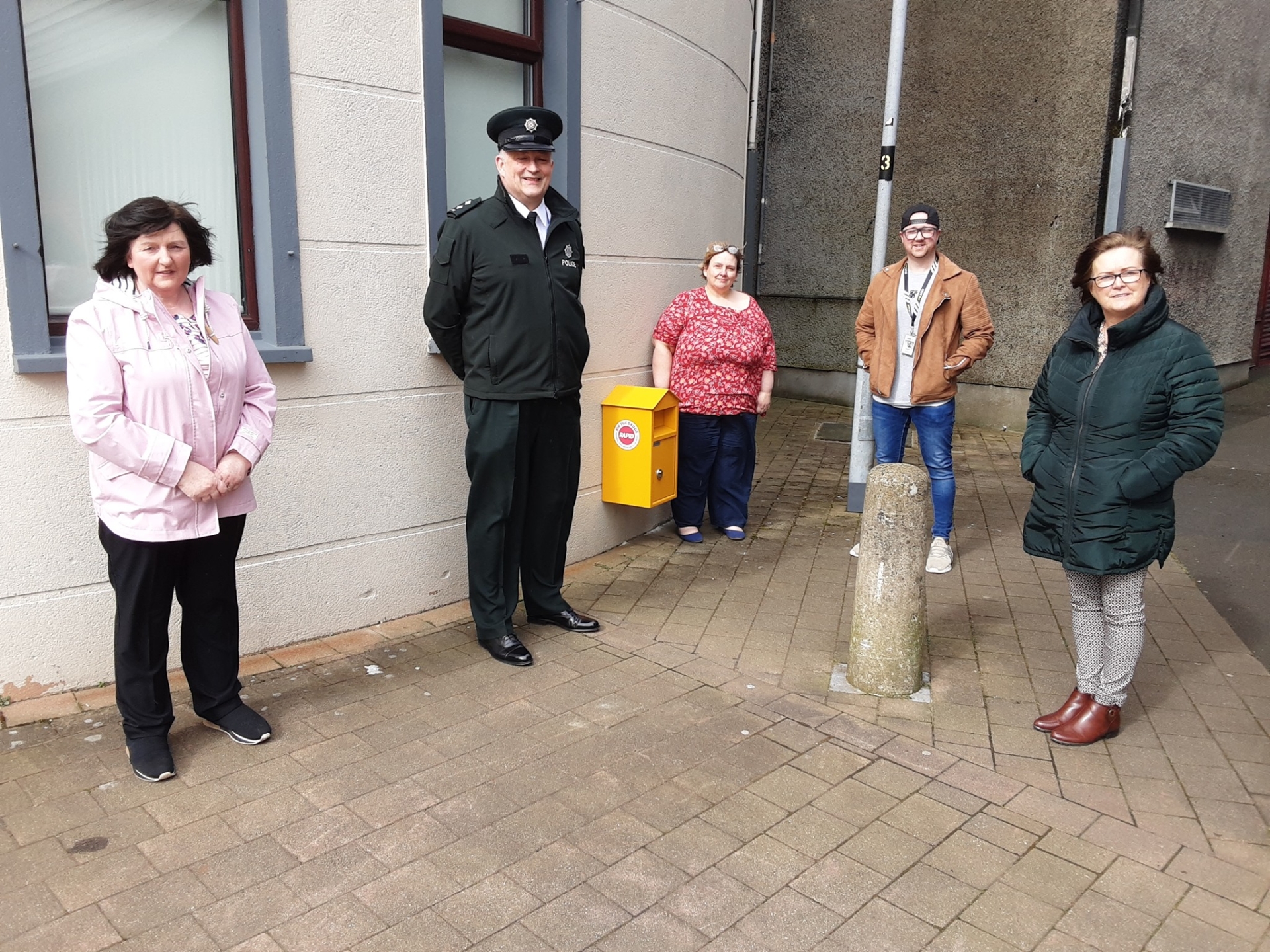 Last year, a RAPID drugs disposal bin was installed outside The Link in Maghera. Supt Murray says it is helping to take drugs off the streets.

Over the last calendar year in Mid Ulster, the PSNI conducted over 2,000 stop and search operations, with 540 drug seizures carried out in the same period.

Supt Murray said the availability of drugs has been made easier by the advancement in connectivity, but local initiatives such as the RAPID drugs disposal bins are helping to take drugs off the streets

In 2021, over 17,000 items were deposited in the bins throughout Mid Ulster, with over 3,800 handed in to bins at Tesco, Magherafelt and The Link Community Centre in Maghera.

“Anything that allows people to take drugs off the ground in a safe and controlled way has to be beneficial to the community,” said Supt Murray. 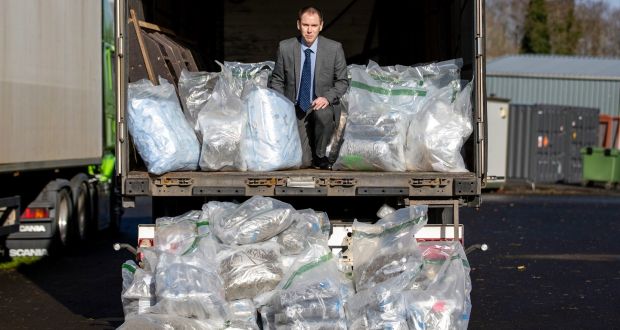 “That doesn't just mean illegal drugs. If someone has other medication that may be harmful to members of the community, it's a really safe, effective way of taking them off the street.

“Our neighbourhood teams are also out every day trying to get information to tell us who is actually dealing drugs, which feeds into a much wider intelligence picture.”

The impact of the Covid-19 pandemic has been felt on every aspect of society, with policing offered a unique insight into how the public were dealing with the pressures.

Supt Murray said the demand on the service did not change during the pandemic, just the nature of what they were dealing with.

“Crime was moving from the public space into the private space anyway – sextortion, online fraud, bullying and harassment on social media,” he said.

“The pandemic was a catalyst for that to grow slightly more. People working at home were maybe more subjectable to a phone call from someone claiming to be their bank, for example. 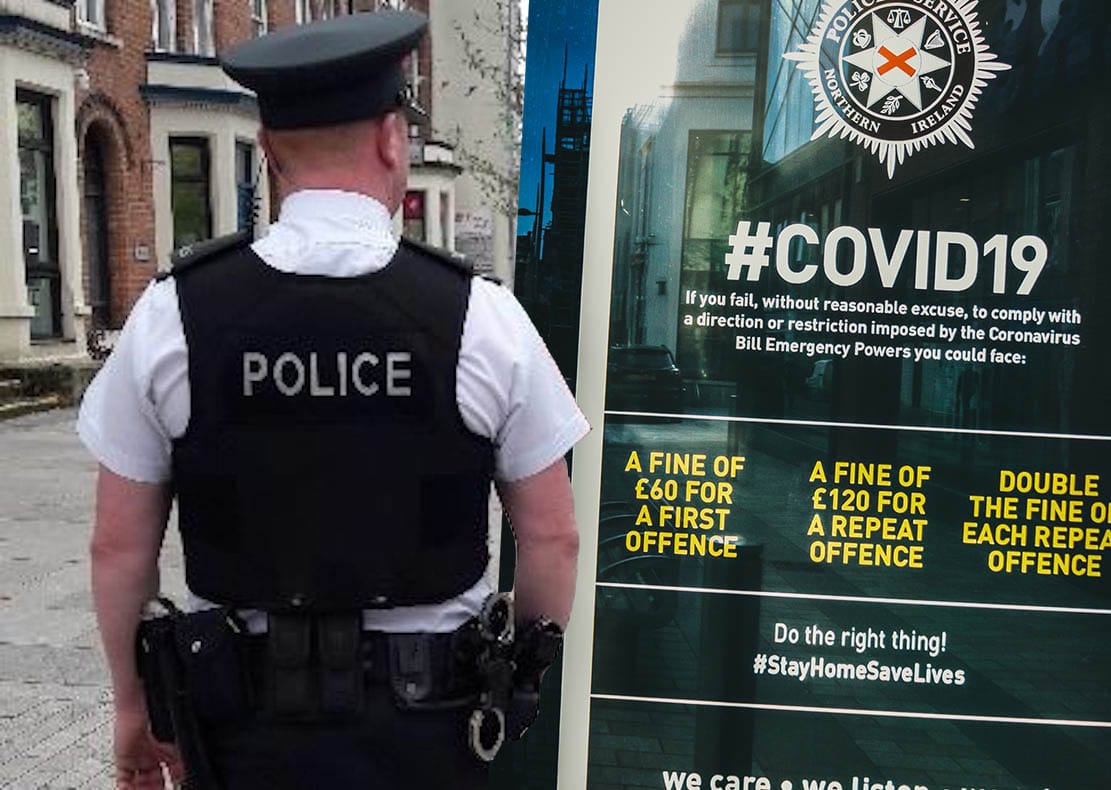 Covid has had an impact on policing.

“Road traffic collisions and shoplifting went down, so crime did change, but on the flip side, other crimes went up.

“There were concerns raised at the number of domestic violence incidents where family members were at home together more, and there was also a risk to children.

“Maybe some were in abusive families, and maybe weren't getting that freedom to go to school or that break from other issues at home.”

Covid brought its own unique pressures into policing, and officers were tasked with implementing constantly changing and deeply unpopular legislation.

“It's our job to police the law, and laws and regulations are a matter for the Executive to make, or wider government,” said Murray.

“We police what is in front of us and our approach was pretty clear, there was a 'Four Es' approach; engagement, education, encouragement and very last, enforcement.

“The very last thing we wanted to do was enforce, but our job was to be impartial and police it as the regulations came out.” 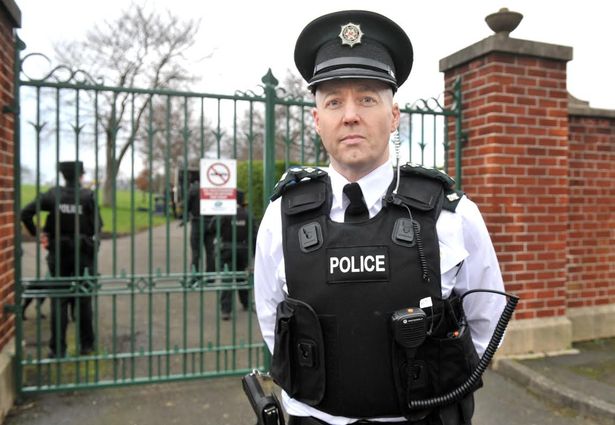 Supt Murray said he had not experienced the kind of low moral spoken about by Jon Burrows (pictured).

Morale within the PSNI has come under scrutiny in recent months, with former officer Jon Burrows telling the Sunday Independent a 'toxic culture of fear' was destroying morale within the service.

Supt Murray says a large-scale drop in morale was not something he had experienced.

“Like any organisation, morale goes up and down and varies between teams and departments. For Mid Ulster, Covid had an impact on everyone and it changed how we worked,” he said.

“Did it decrease morale? I didn't see it. I'm not saying people didn't change or feel the impact of Covid. They did, but they still wanted to go out and do a really good job.

“I didn't see a dip in service being provided to the community, that I would associate with low morale. Every day I was extremely proud of the service being delivered.

“Even from us as district commanders, it's about thanking them for their work. It goes a long way to tell someone they did a really good job and thank them.”

The men's journey ended abruptly in a road traffic collision near Garvagh.

The Mid Ulster Commander stressed the importance of community policing and building a team that represents the people of the area.

“Policing that represents the community is policing the community can look at have confidence in. We want people from the local community, of all backgrounds to join the police,” he said.

“There is some mitigation around the [terrorist] threat and that needs to be considered, but when we're from the local community, policing can be more effective.

“We've had a number of exceptional new officers come through in recent months, who live fairly close to the district and who are making a difference.

“The support of everyone in the community is vital in policing. When people are supporting us and recognising the job we do, it makes policing easier.

“Our officers and staff could go out in more confidence that they are supported by the community, that people will not be on social media when officers are in a struggle or altercation.

“Instead of filming it, we want members of the community to feel confident in actually helping that police officer.

“Whilst we see the social media ones that go online, there are times I sit in morning meetings and view bodyworn footage where members of the public have stopped their vehicle to get out and help officers.

“There is strong community confidence out there for policing, but they do hold us to account. If we've done it wrong, we need to identify that, recognise it, learn from it and apologise where we have to.

“Policing is a fantastic job with fantastic people, and we're blessed to have such a good organisation, particularly here in Mid Ulster.

“I've come to a job where people are really good at their job and committed to policing, and it makes my job much easier,” he added.

Six new dogs and their handlers will operate from the new base.