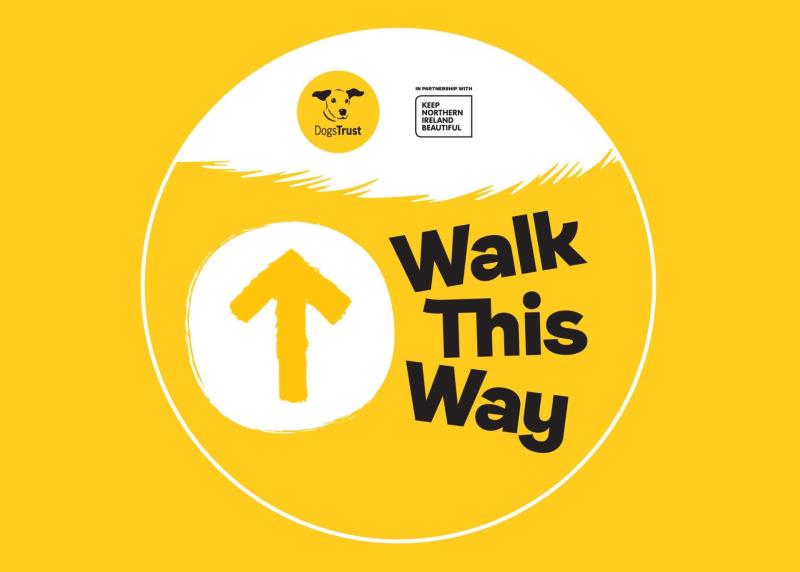 Local dog walkers are being encouraged to plan ahead when taking their pets for exercise, as part of a scheme launched by the Dogs Trust.

The Walk This Way programme is hoping to reduce the amount of dog waste left in public spaces, by guiding walkers to the most convenient dog bins on their route.

As more than one in ten dog owners admit leaving behind bags of poo on dog walks, mostly because they couldn’t find a bin, canine charity has extended its Walk This Way programme for the third year, which works in partnership with Keep Northern Ireland Beautiful to keep our public spaces clear of dog mess.

When Dogs Trust polled 2,000 dog owners it found that, shockingly, 13% of owners admitted to leaving behind bagged dog poo, either accidentally or deliberately, with 54% saying that they had done so because there were no bins nearby.

Other reasons given were forgetting to collect poo bags on the way back, bins being full and not wanting to carry them around.

The Walk This Way programme is hoping to reduce the amount of dog waste left in public spaces.

Twelve new sites have now been unveiled including Derry City and Strabane District. Popular dog walking routes will feature maps to show where bins are placed with clear signage to find them while also adding more bins.

The new sites will also feature colour-coded routes which clearly mark the length of the walk and direct walkers to the nearest bins to dispose of their dogs’ waste. The walks' bins and signage will be in place until November. 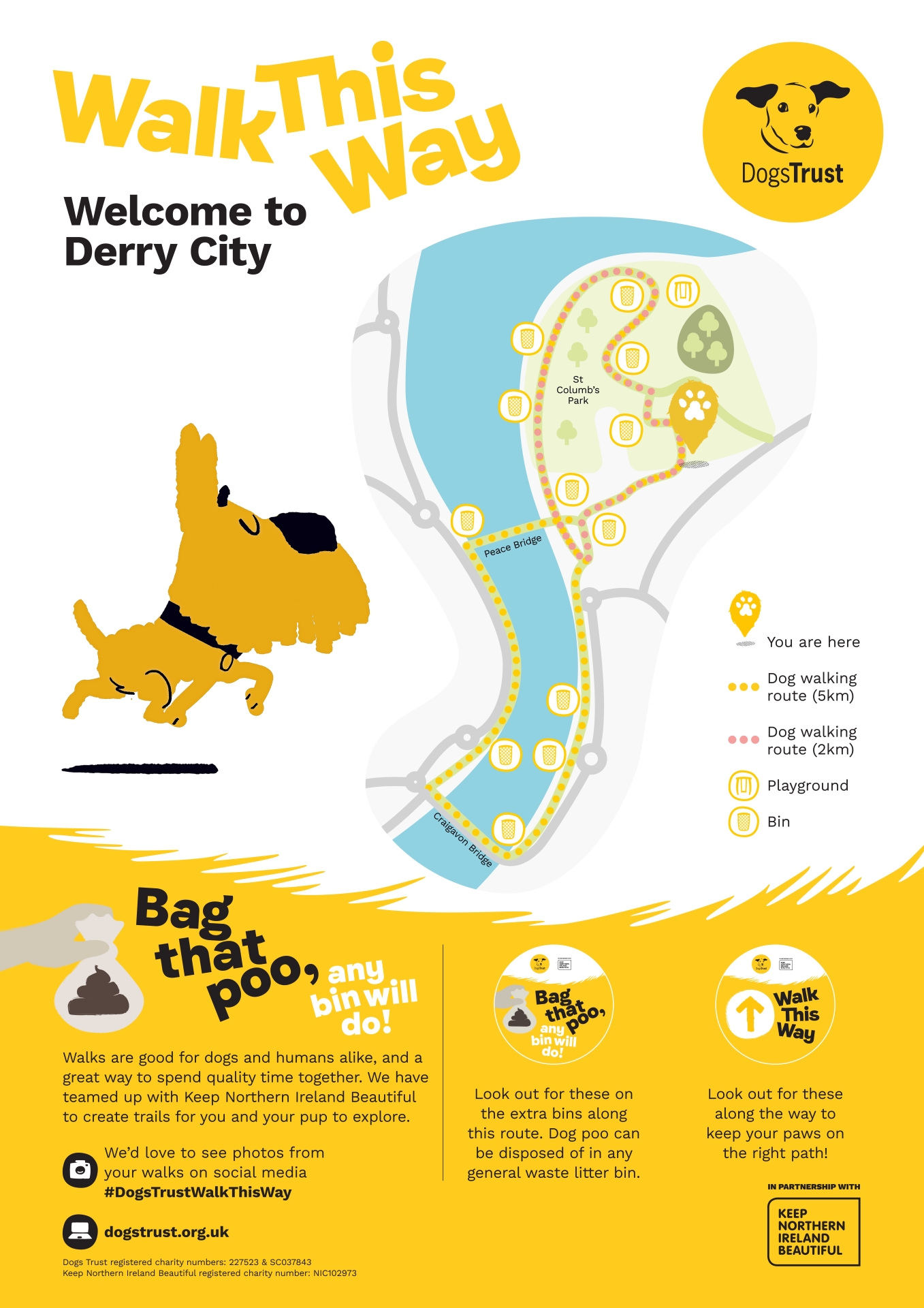 Welcoming the scheme, Mayor of Derry City and Strabane District Council, Councillor Sandra Duffy said: “I am delighted to see council joining the Walk this Way programme as part of our wider campaign to combat the issue of dog fouling.

“Dog excrement poses a serious health risk, particularly to children, and the onus is on all dog owners to pick up after their pets.

“The new maps will clearly highlight where bins are available, and I would appeal to dog walkers to please take note and plan their walking routes where they can easily access facilities.

“There really is no excuse for fouling.”

Michelle Moat, community education and engagement officer, at the Dogs Trust, said walking a dog was a 'wonderful' past time with many health benefits for both owner and pooch.

She added: “However, part of being a responsible dog owner is ensuring you pick up after your dog and suitably dispose of the waste.

“Previous interventions have shown that by having more bins available, clearer signposting and messaging that ‘Any Bin Will Do’ has dramatically improved the surrounding areas.

“We’re excited by the potential of our new Walk This Way routes and can’t wait to see the improvements it will make. Hopefully it will be a long-term change to the area and make the space more enjoyable for everyone.”

Walk This Way previously ran in 2017 (with six sites) and again in 2018 (with 15 sites), encouraging owners to correctly deposit their dog’s waste in any general waste bin. This intervention successfully reduced fouling instances by 38% and 40% respectively.

Walk This Way hopes to improve the green spaces of the 12 new sites involved for all using them.