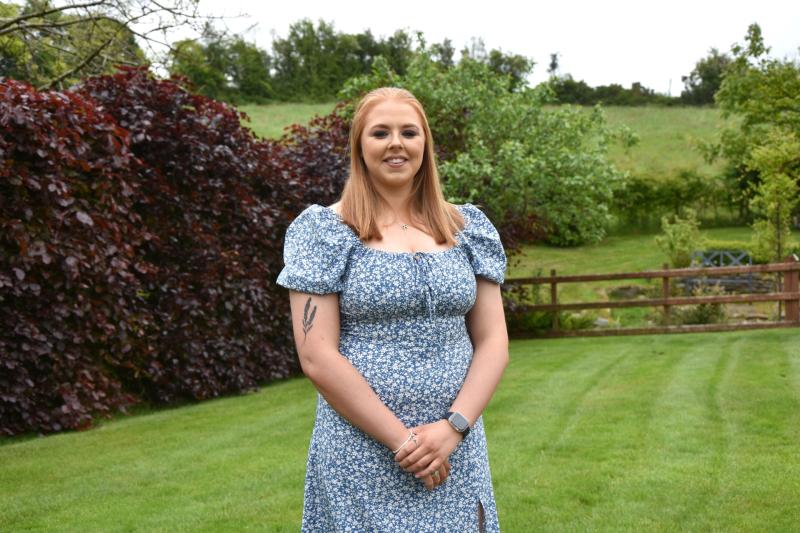 Rachel McCusker from Maghera before her charity head shave on her 21st birthday.

Most young girls celebrate their 21st birthday by getting dressed up for a glamorous night out but big hearted Rachel McCusker from Maghera decided to mark her milestone birthday by having her head shaved for charity.

Rachel chose to raise funds for Amyloidosis Research as it is a charity close to her and her family's heart.

Rachel's grandfather Jim Travers lost his battle with Amyloidosis in 2013.

The disease is caused by a build up of abnormal protein fibres, called amyloid, within the tissues and organs.

“It's just something that I've always wanted to do,” said Rachel.

“I remember at the time that my Granda was ill there wasn't much research into the disease.

“I suppose because I'm doing a degree in health care it's always been something that I've been interested in.

“Looking into it now as a medical student I came across the Royal Free Charity in London and that really made me want to get on and do something.”

Vanity wasn't an issue for the young physiotherapy student when making the decision to shave her head.

“The hair needed a good cut any way so I thought why not,” laughed Rachel.

“Going into it I wasn't a bit worried at all.

“Others around me were more stressed about me shaving my head than I was I suppose.

“My friend from first year at St. Pat's Maghera, Laura McNulty is a hairdresser there and God bless her she took it on, and wouldn't take any money or anything for it – she donated her fee to the charity as well,” she continued.

“I think Laura was more nervous than I was to be fair, there were about 40 people watching her and I suppose that was a bit different for her. I wasn't nervous at all because I was surrounded by friends and family.

“I have the most supportive family and friends anyone could ask for and I'm very lucky because they all cheered me on and it was grand, you know.”

Adapting to life without a thick head of hair has taken a bit of getting used to but Rachel is upbeat.

“I just find myself touching it a lot more. You know when you go to run your hand through your hair then you remember oh it's not there anymore. It's weird, you take a quick five minute shower now and then you are away – no hassle,” she said.

The road has reopened following this morning's crash

Rachel was motivated to take on the challenge to raise funds for research into the disease when she remembered how little was known ten years ago when her grandfather Jim was suffering from the disease.

“When my granda got the illness it took two years to diagnose him. It is a really rare disease and the type Granda had was hereditary and so he was diagnosed in 2007 and he passed away in 2013. There wasn't much research at the time, and there wasn't much we could do as a family really,” said Rachel.

The Travers family all underwent tests for the gene related to the disease. 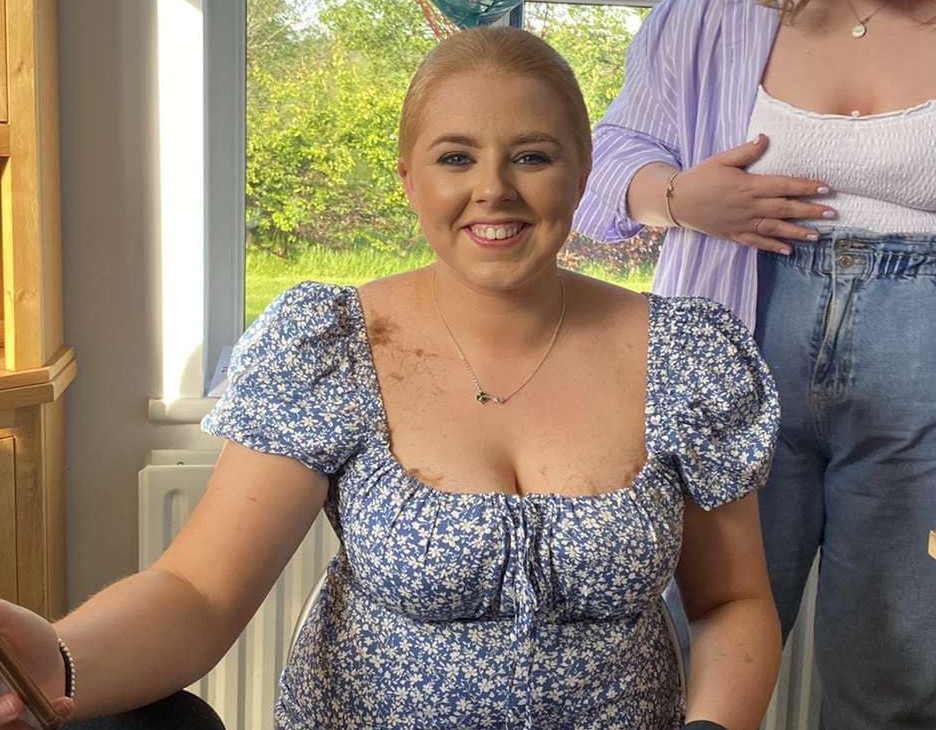 Rachel McCusker after her head shave

“My aunt and my uncle both have the gene. That doesn't mean they are necessarily going to get the disease, but now thankfully they are monitored much better and the doctors are keeping on top of it,” she said.

Rachel was humbled by the amount of money raised, and thankful for the support of those around her.

“We have just under £1,800 raised now which is phenomenal and I can't thank everyone enough for donating to this great cause. Everyone around me has been so supportive and encouraging and I couldn't have done it without them,” she added.

Amyloidosis can affect any part of the body and lead to life threatening organ failure. It causes the death of about one person in every thousand and there are about 6,000 cases in the UK at any time.

The Amyloidosis Research Fund within the Royal Free Charity supports the research, development and patients of the UK NHS National Amyloidosis Centre (NAC) at the Royal Free Hospital. The Centre, established in 1999, is funded directly by NHS Specialised Services to provide diagnostic and management advisory services for all UK amyloidosis patients.