The East Derry MP is one of three DUP MPs named on a Russian 'stop list'. 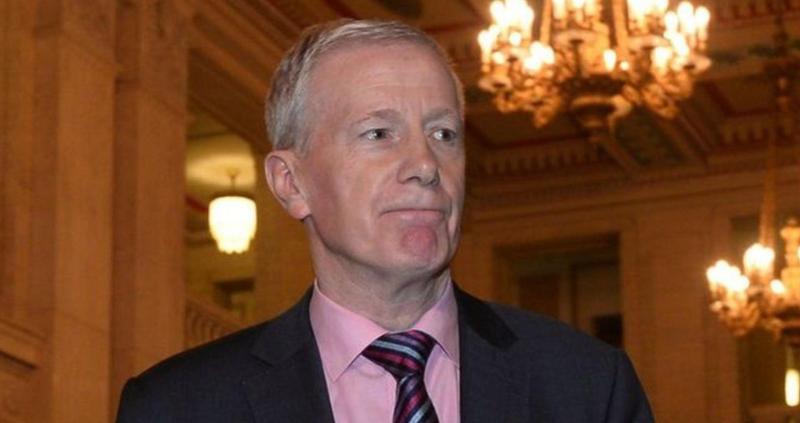 A County Derry MP has found himself under Russian sanction after being named on a 'stop list' issued by the Russian Foreign Ministry.

East Derry MP Gregory Campbell was named on a list of 'personal sanctions against members of the media and the UK defense lobby' issued by the Russian Foreign Ministry this afternoon.

As well as a number of prominent national UK journalists, a number of 'persons associated with the defense complex' were also named, as well as Mr Campbell's fellow DUP MPs Sammy Wilson and Gavin Robinson.

In a statement accompanying the list, the Ministry said those named were 'no longer allowed to enter the Russian Federation'.

"In connection with the anti-Russian actions of the British government to impose personal sanctions against leading journalists of our country and heads of companies in the domestic defense complex, a decision was made to include them in the Russian "stop list," they claimed.

"The British journalists included in the list are involved in the deliberate dissemination of false and one-sided information about Russia and the events in Ukraine and Donbass.

"With their biased assessments, they also contribute to fueling Russophobia in British society.

"Persons associated with the defense complex of Great Britain are involved in making decisions on the supply of weapons to Ukraine, which are used by local punishers and Nazi formations to kill civilians and destroy civilian infrastructure."