"I want to be a Chair for everyone," said Cllr Córa Corry. 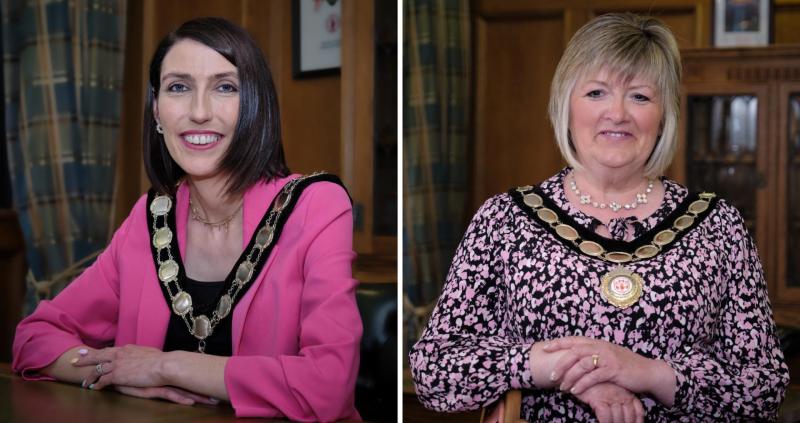 Both the incoming Chair and Deputy Chair of Mid Ulster District Council have said they are 'humbled' to be taking on the roles following their appointment last night.

The pair take over from outgoing Chair Cllr Paul McLean (DUP) and Deputy Chair Christine McFlynn (SDLP), with Sinn Féin last holding the role of Chair in 2020-21 when Cllr Cathal Mallaghan was appointed.

After her appointment, Cllr Corry said she hoped to be a 'Chair for everyone'.

Outgoing Mayor announces he is leaving the DUP

"I am privileged, humbled and honoured to be nominated and over the next year I want to continue to showcase the wonderful people and beauty of our area," she said.

"I want to reflect the open, welcoming, diverse and inclusive area that Mid Ulster is.

"I want to be a Chair for everyone," she added.

Cllr Frances Burton, who has represented the Clogher area since 2005, said she would give the job her best.

"I am humbled at my nomination and look forward to continuing to work for the people of the Clogher Valley, who are dear to my heart, as well as the whole Mid Ulster District, particularly to help and support those who are vulnerable," she said.

"I will represent Mid Ulster District Council to the best of my ability”.