Outgoing Mayor announces he is leaving the DUP 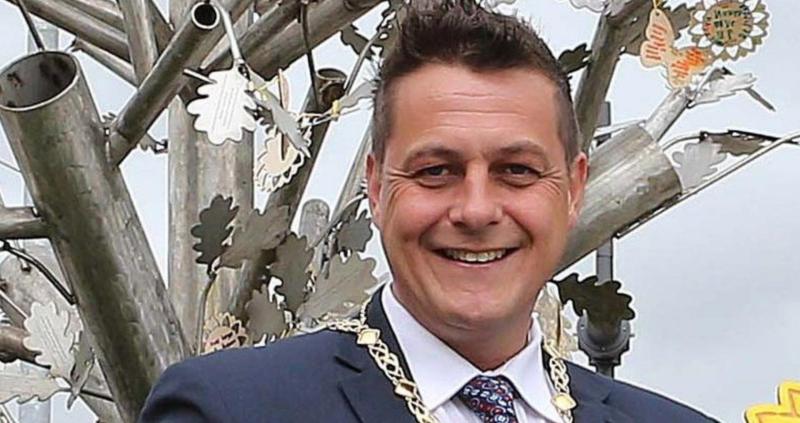 The outgoing DUP Mayor of Derry City and Strabane District Council has announced he is leaving the party.

In a statement issued after the council's annual meeting, at which Cllr Sandra Duffy of Sinn Féin was appointed the new Mayor, Alderman Graham Warke said he wanted to 'move forward with a new political pathway'.

"It was a huge honour for me to represent all of the people of this wonderful City and District as the Mayor of Derry City and Strabane District Council," he said.

"I loved every minute of it and want to take this opportunity to extend my heartfelt thanks to everyone for their continued  support and assistance throughout the year.

"My year as Mayor has made me reflect on my career and my priorities going forward and this evening, I informed the DUP that from today I want to move forward with a new political pathway.

"I am committed to move this City and District into a more progressive and united future, one that embraces the needs of all the people who live and work here.

"My year as Mayor has really emphasised the need for a new future, one that is based on reconciliation and building bridges.

"My decision to leave the DUP and to pursue my political career independently was made in close consultation with the electorate, my family and friends and wider community.

"I have been talking to people at the grassroots who are supportive of my decision and who believe, like me, that a moderate, progressive and positive political pathway is best for me and for this City and District.

A number of people were filmed singing an offensive song at a NI Centenary event.

"I firmly believe that if Derry~Londonderry Strabane is to prosper then it can only do so if weall work together. If we are to succeed in bringing prosperity, jobs, investment here then we need our politicians to all come together to work hard with real determination and courage on all sides.

"I am committed to doing that, and, to work with my colleagues from all political backgrounds at Council towards a new and better future for everyone. One that focuses on the needs and aspirations of our young people.

"I will be continuing to represent all of my constituents as an elected representative of Derry City and Strabane District Council but in the meantime will be taking some time out to spend with family and friends.

The SDLP's Cllr Sandra Dobbins was appointed as Deputy Mayor at the meeting this evening.