There are split loyalties in the Kearney household in the run up to Sunday's showdown. 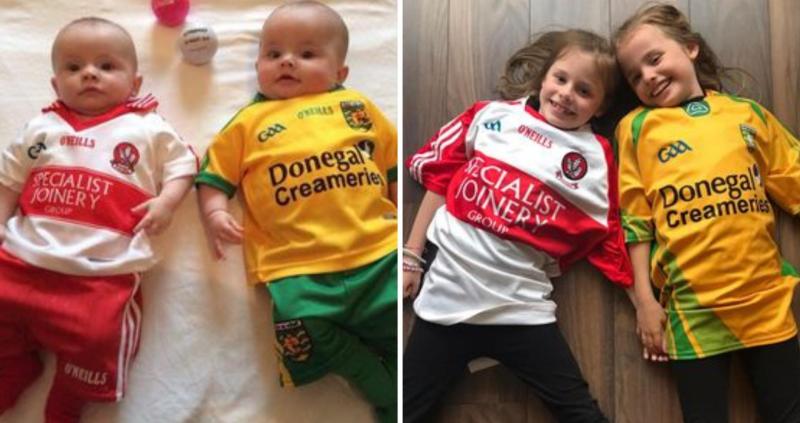 Delightful duo, Caoimhe and Teagan Kearney may be identical twins but they defintely do not have identical ambitions for Sunday's Ulster senior football final.

The twin sisters who were born in 2014 in Galway now live in Muff in County Donegal. The girls are football crazy and their parents have charted their years in their county colours in a series of charming photographs.

The girl's parents Paul and Ursula Kearney (nee Boyle) have passed their love and passion for the GAA on to their twin daughters. 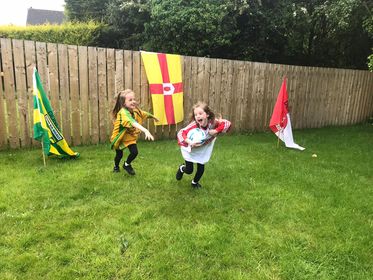 Dad Paul is from the Slaughtmanus club in Derry and mum Ursula hails from Glencolmcille in County Donegal.

The seven year old girls play football for their Under 9 team with the Naomh Padraig, Muff club, and they will have a face to face meeting with Derry's Steelstown U9 girls on Sunday morning in an Ulster Final themed friendly game. 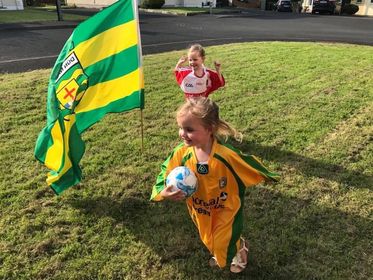 When asked for their predictions for Sunday's game there was no doubt, dad Paul and daughter Caoimhe both say Derry will win. Mum Ursula and Teagan are backing Donegal all the way.

Either way there will be one guaranteed set of happy winners in the Kearney house on Sunday evening.

Keep an eye on our LIVE blog for build up, live updates and reaction as we chart a momentous weekend for Derry football.

The Oakleafers take on Donegal in Clones on Sunday.