The only district of Co Derry where numbers fell was Causeway Coast and Glens. 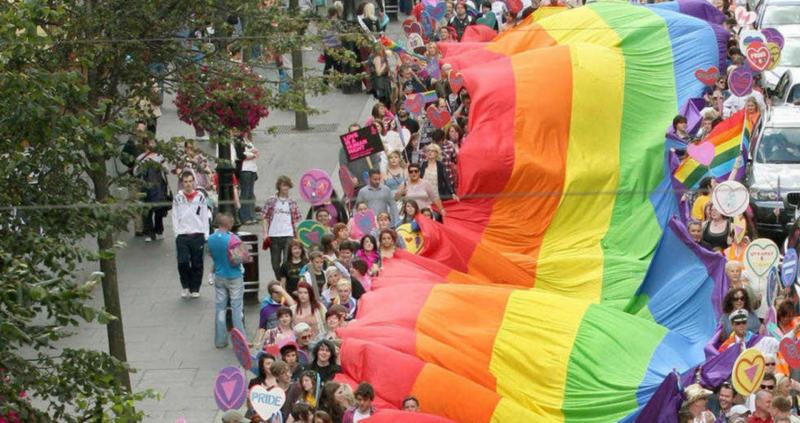 Four times as many homophobic crimes were reported last year in Mid Ulster compared to the previous year, new police statistics have shown.

Data released last week by the PSNI laid out the comparison of all hate crimes and incidents recorded over the last two years.

An outcome rate of 32.1% was recorded for the district, meaning less than a third of crimes resulted in a court sanction such as a charge, caution, community resolution or penalty notices.

County Derry's other policing districts – Derry City & Strabane and Causeway Coast and Glens – ranked much lower for both homophobic incidents and crimes.

In Causeway Coast and Glens, a 20% increase in homophobic incidents was recorded, while the number of homophobic crimes actually decreased in the area by 20%.

The district was ranked 9th out of 11 for change in homophobic incidents, while the decrease in crimes saw it finish favourably – bottom of the ranking.

Derry City and Strabane recorded an outcome rate of 44.1%, while Causeway Coast and Glens' figure was 40%.

Molly Farrell, Health and Wellbeing Officer from Mid Ulster Pride, said that though numbers were 'shocking', they showed more people were willing to report incidents.

"In regards to the statistics that have come out recently, they are definitely shocking numbers. However, it also shows more people are coming forward to report the crimes being committed, we need to take this as a small victory," they said.

"For a long time, people have been scared to go to the police to report crimes and they still are afraid, but we can see that slowly and steadily more people are coming forward.

"This does not mean though that everything is perfect, there still needs to be a lot more done for the LGBTQ Community in Northern Ireland.

"This includes more support and more resources, from tackling the waiting lists at the gender clinic to having accessible safe spaces in rural areas for the LGBTQ Community.

"The Department of Communities said they would publish an LGBTQ Strategy by the end of 2021, and we are still waiting.

"We have seen trans and non-binary lives being continually debated about whether they should be protected from conversion therapy.

"Enough is enough, and it is time that the LGBTQ Community in Northern Ireland felt safe enough to be wholly and truly themselves instead of hiding or worse, leaving.

"That is why we at Mid Ulster Pride walk down the street of Cookstown every year. So that one person, that one young person who is struggling, can see their community.

"They can see they belong here, that we celebrate them and most importantly, they are loved," they added.

The district had a 4.7% outcome rate, the lowest recorded in Northern Ireland over the 12-month period.

Causeway Coast and Glens had the third highest rise in both sectarian incidents (+53%) and sectarian crimes (+84%), with a 10.3% outcome rate.

Figures were slightly lower in Derry City and Strabane, which had the fifth highest rise in both sectarian incidents (+27%) and crimes (19%), with a 16.3% outcome rate.

In terms of racist incidents, none of the county's three districts bothered the top five, with Derry City and Strabane ranking the highest of the three in sixth with an extra 30 incidents recorded.

Derry City and Strabane recorded the third highest rise in racist crimes (+62%), with Mid Ulster fourth (+50%) and Causeway Coast and Glens bottom, posting a decrease of 47%.

The city district had an outcome rate of 34.2%, while in Causeway Coast and Glens, 15.8% of crimes resulted in an outcome. Mid Ulster's figure was 30%.

The couple say they were left angered by the delivery.
ADVERTISEMENT - CONTINUE READING BELOW