The couple say they were left angered by the delivery. 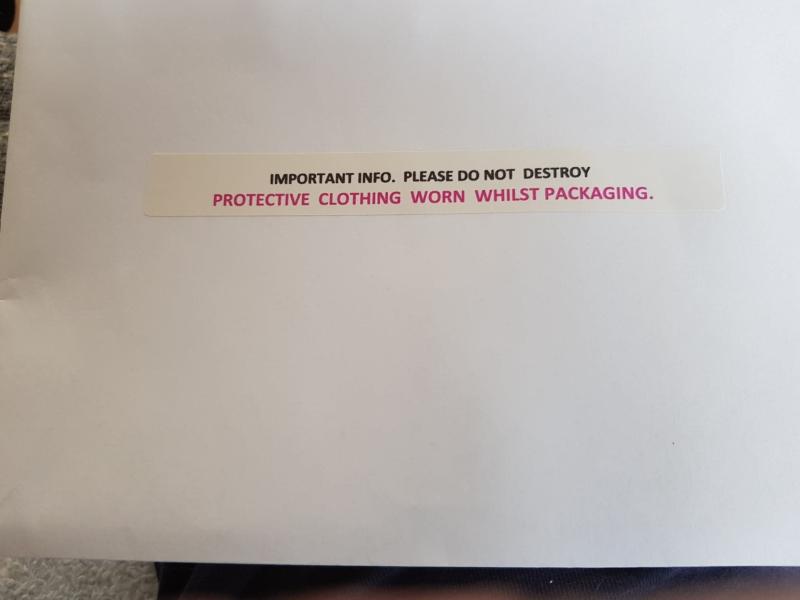 Police are investigating after homophobic literature was posted through the door of a same-sex couple in a County Derry town.

The poster, sent to a couple living in Magherafelt, described homosexuality and lesbianism as ‘detestable’ and listed them alongside bestiality, incest and prostitution.

Here NI, who advocate on behalf of lesbian and bisexual women and their families, have reported the incident to the PSNI.

“They were angry that this is being distributed and concerned about the effect on vulnerable people, especially those coming to terms with being gay,” she said.

“This is a different level completely. It’s absolutely awful and it’s threatening. They should not be allowed to put this through people’s doors.”

The literature had been hand-delivered to the couple’s house and Cara feels that, with the Covid-19 pandemic, this is particularly disappointing.

“With social distancing, is this really essential, to be going out and putting this through people’s doors? We’re in the middle of a pandemic,” she said.

“It’s disappointing because a lot of the people we work with have been shielding for weeks and, all of a sudden, they get this through their door.

“It shouldn’t be going through anyone’s door, never mind LGBT people. People might have LGBT friends or loved ones, so it’s not just offensive to people who are gay getting this.

“If this is Christianity, they maybe should be making up food parcels and putting those through the doors instead of stuff like this.”

The Mid Ulster Christian Helpline and Publications defended the literature, saying they have never intimidated or targeted anyone, and that the literature was part of a ‘general delivery’.

“If people refuse the literature or feel intimidated by it – well they can bin it,” said Freda Kerr from the organisation.

“We don’t run after them or twist their arms up their back. They get an opportunity of a lifetime to hear God’s Word of truth – notice – God’s Word – not ours.

“We are doing what we’ve always been doing for years – giving out God’s Word of Truth by way of Gospel Literature. When it leaves our hands it’s entirely up to them what they do with it.”

The Police Service of Northern Ireland confirmed they had received a report of the incident and were making enquiries.

A spokesperson said: “Police in Magherafelt received a report on Thursday 18th June of homophobic literature having been posted to a number of homes in the area recently. Enquiries into the matter are ongoing.”