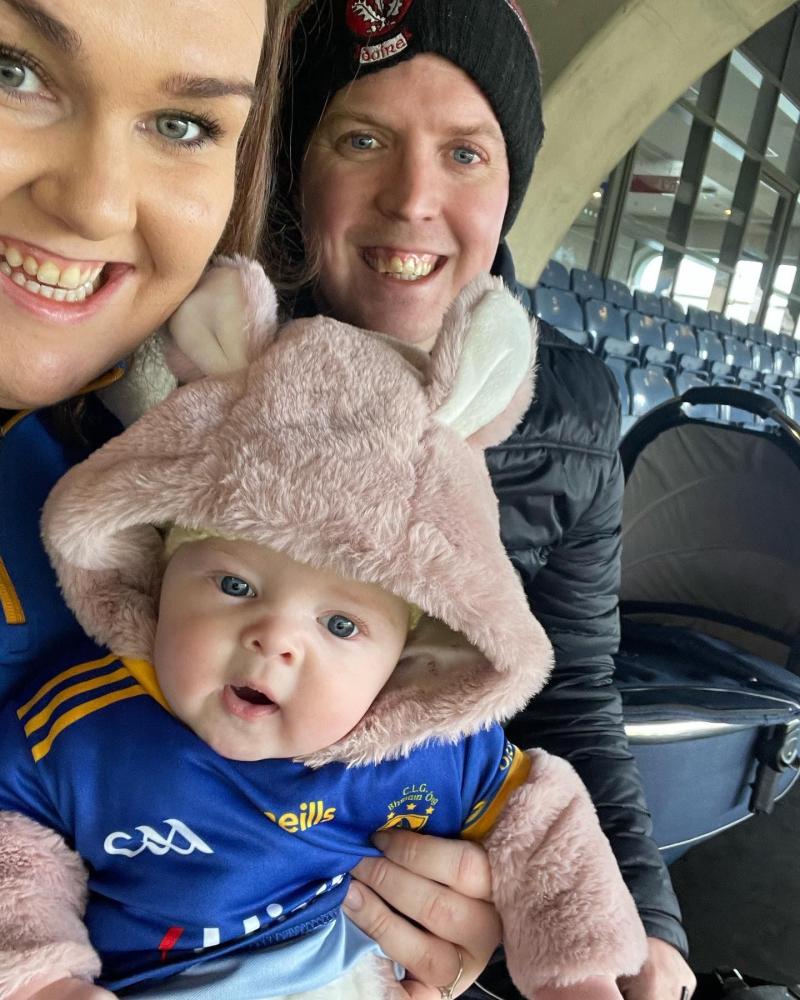 A County Derry couple will be having a 'Day 2' with a difference this weekend as they hold their wedding reception in the heartland of the county's Ulster final opponents.

Orlaith Logue, from Derry City, and fiancé Ruairí Bradley, from Castledawson, will be married this Saturday, with the reception taking place in Jackson's Hotel, Ballybofey.

The following day, Derry take on Donegal in the 2022 Ulster senior football final in Clones, and for a couple steeped in the GAA, it has the potential to be a dream weekend.

“We booked it two years ago and then the championship fixtures were changed this year,” Orlaith told the County Derry Post. 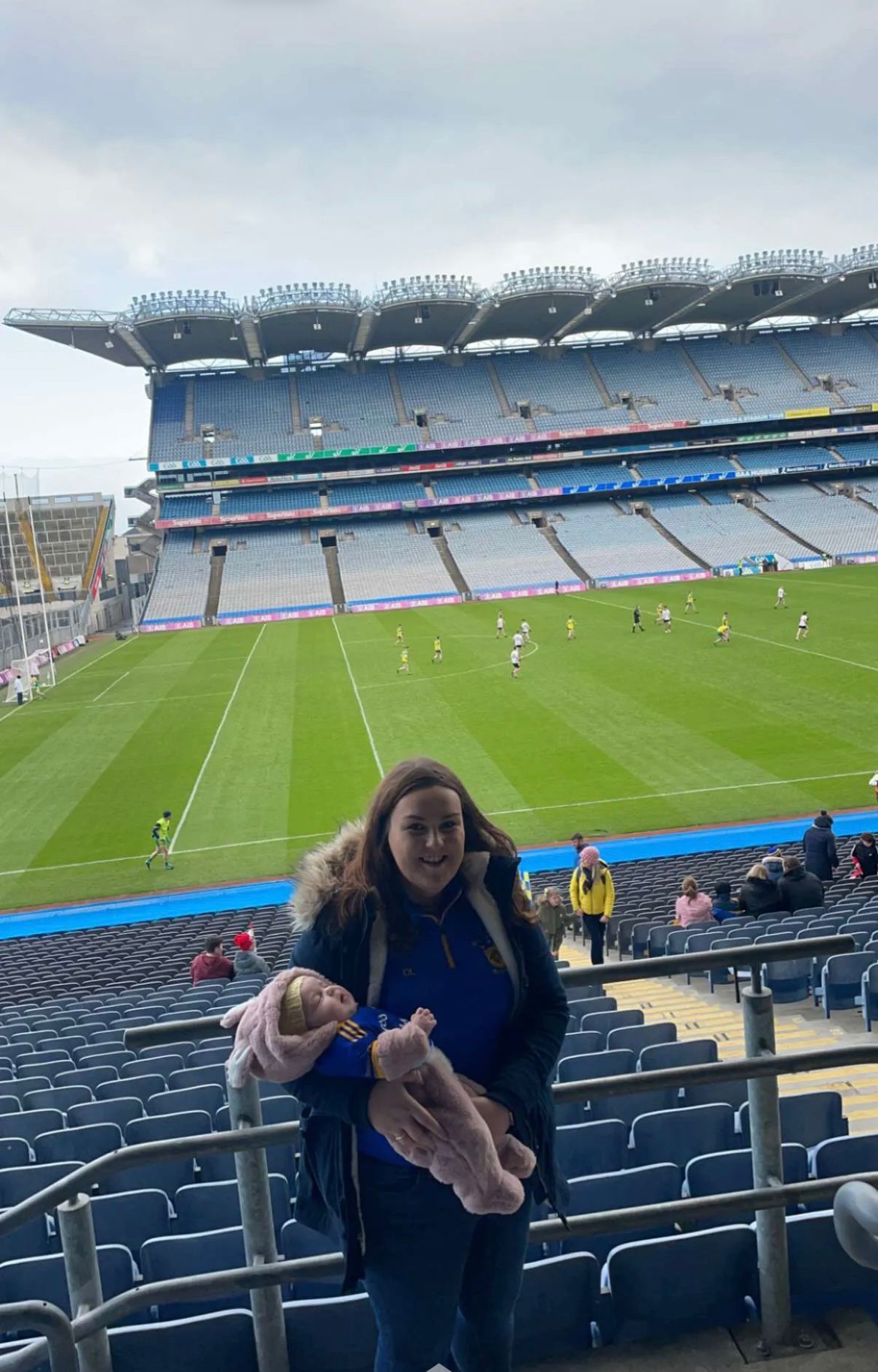 “We always joked that if Derry were playing Donegal at MacCumhaill Park we'd go over before the meal because the reception is at Jackson's, which is just over the street.

“I was always watching the matches and when I looked ahead at the fixtures I saw the final was the day after [the wedding].

“What are the chances? They haven't got here before in ages, so it would just be our luck.”

Though both are fervent Derry supporters, the rivalry between Ruairí's club Castledawson and Orlaith's club Steelstown has at times caused some tension.

“Well it is, sort of, a mixed marriage. They've beaten us a couple of times in championship finals, so it's mixed enough,” said Orlaith.

“We had a wee girl in November and we always joke that she doesn't know anything but winning, with Steelstown in the All-Ireland and now Derry getting to an Ulster.

“She's been in Croke Park and all, so it's great. She's like a lucky omen.” 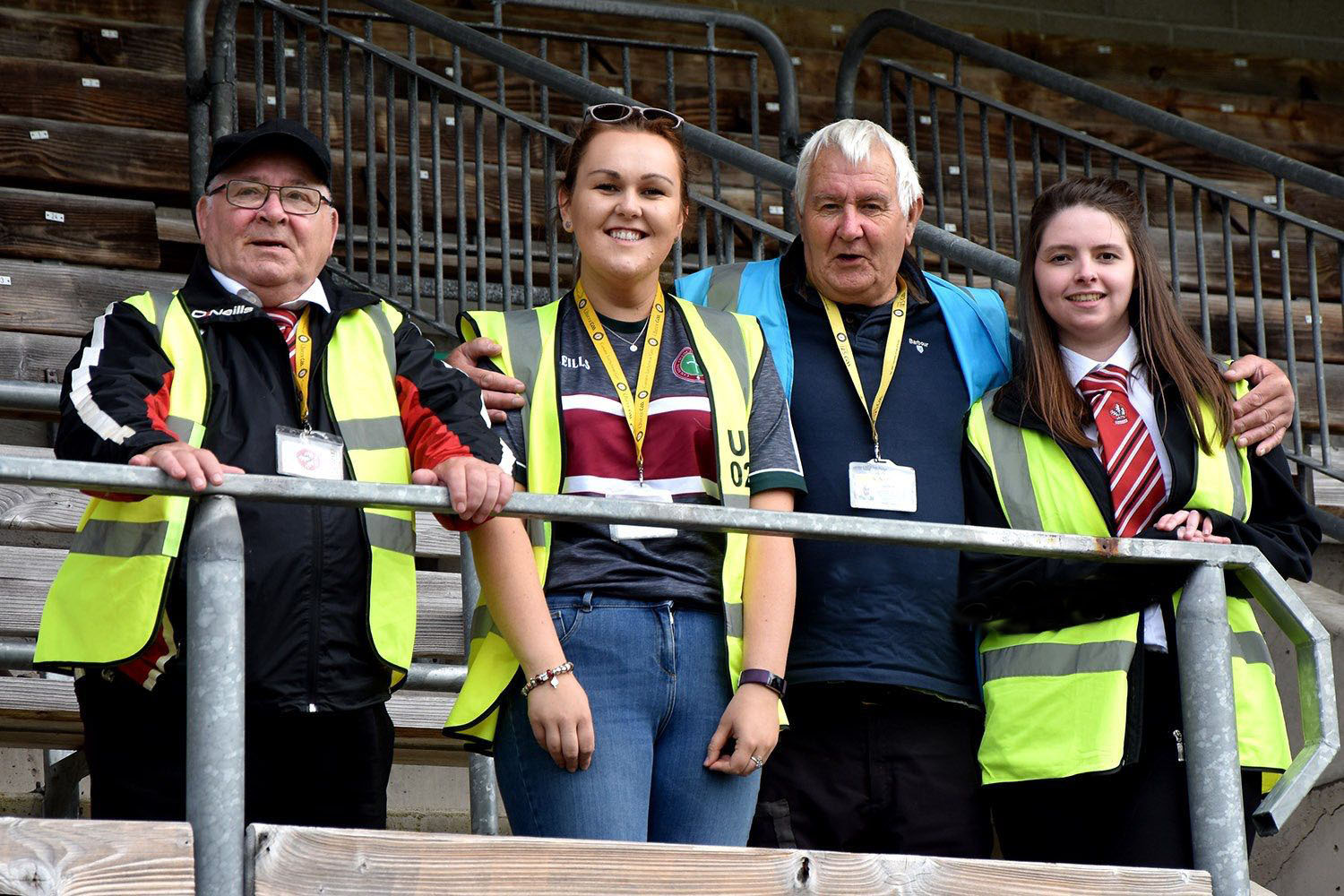 The Steelstown woman has been involved in stewarding for ten years.

Orlaith has also worked as a steward at Celtic Park and for the Ulster Council for over a decade, helping out at a number of Ulster finals not involving her native county.

The possibility of seeing Derry lift the Anglo Celt Cup on Sunday has her excited.

“It's probably the first time they've properly been in with a chance,” she said.

“There is a belief this year in the team, especially after beating Tyrone and being unlucky in the league. 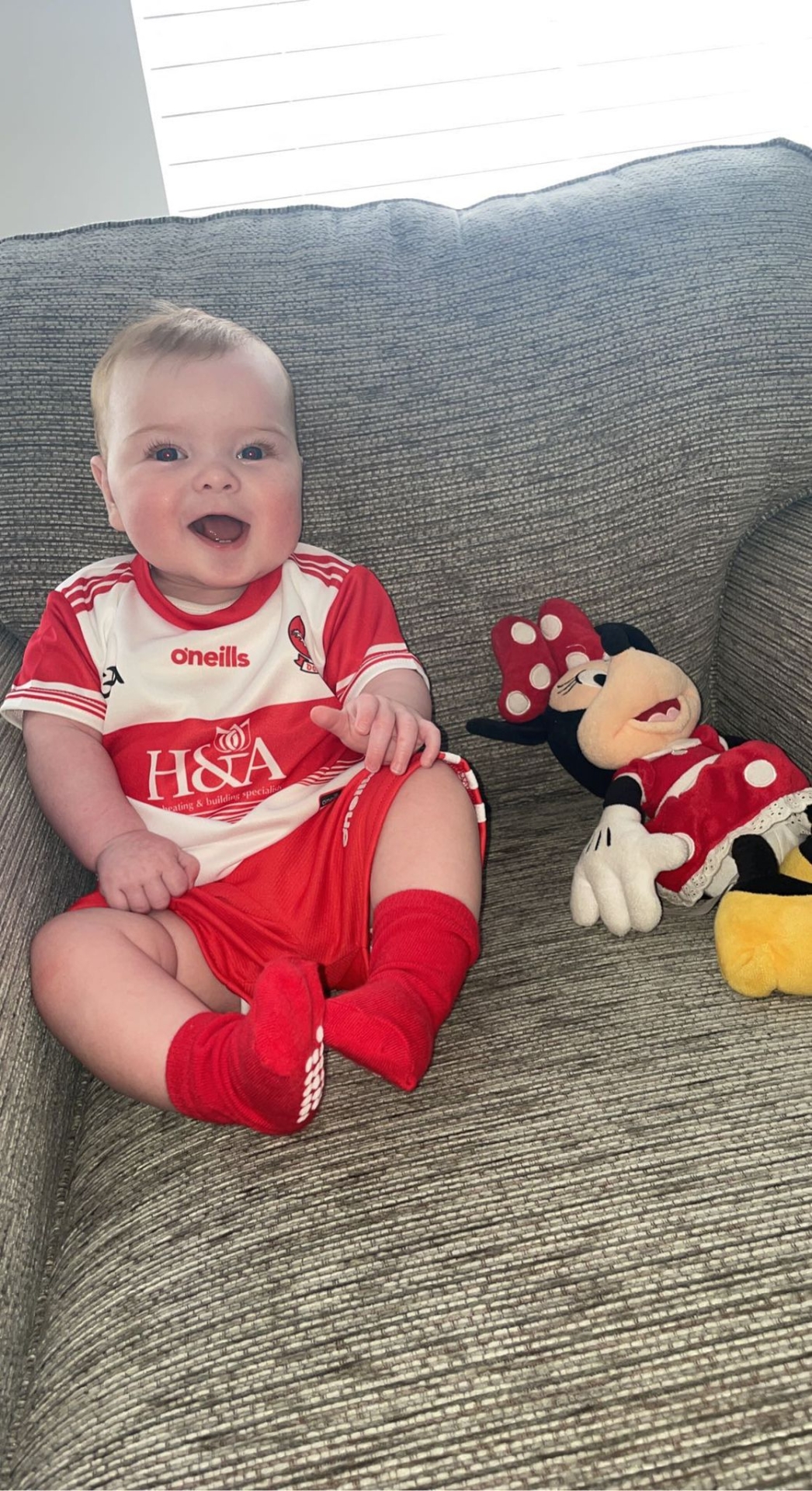 Saorlaith all kitted out to support Derry.

“I do think they are in with a good chance, hopefully, especially against Donegal because Rory Gallagher knows them inside out.

“They're going in the right direction, especially with the minor teams coming through. It's great to see Derry doing well.”

While marital duties will be calling on the Sunday as the couple host Day 2 in Jackson's, Orlaith is refusing to rule out a last-minute dash to St Tiernach's Park.

“We have a lot staying, so I don't know if we'll be able to get to the game,” she said.

“We'll see, it's early yet. We'll not rule anything out! Either way, as long as we get to see it, it'll be good craic.

“It would be great to win in the middle of Donegal. It's the next best thing. Hopefully they do it, it'd be great. You have to be confident.

The girls defeated Offaly in Abbotstown this afternoon.
ADVERTISEMENT - CONTINUE READING BELOW