The girls defeated Offaly in Abbotstown this afternoon. 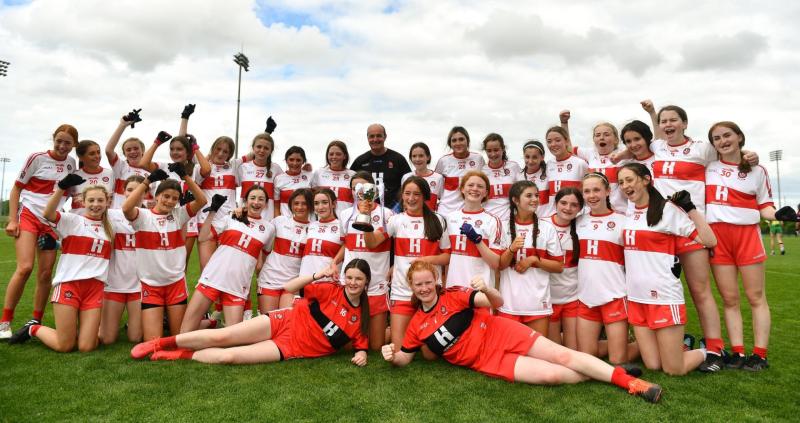 Derry secured the All-Ireland U14 Ladies Football Bronze title with a final victory over Offaly at the National Games Development Centre in Abbotstown.

Despite stern resistance from their Faithful County rivals, the northerners were in front for the vast majority of the proceedings and emerged with the silverware on offer.

Derry had made the early inroads in an entertaining contest with Clara Casey and Megan Brown both finding the range inside the opening three minutes. Ava Kenny did fire over a brace of points for Offaly, but with her efforts being cancelled out at the opposite end by Niamh Hasson and Brown, the Oak Leaf county remained in the ascendancy. 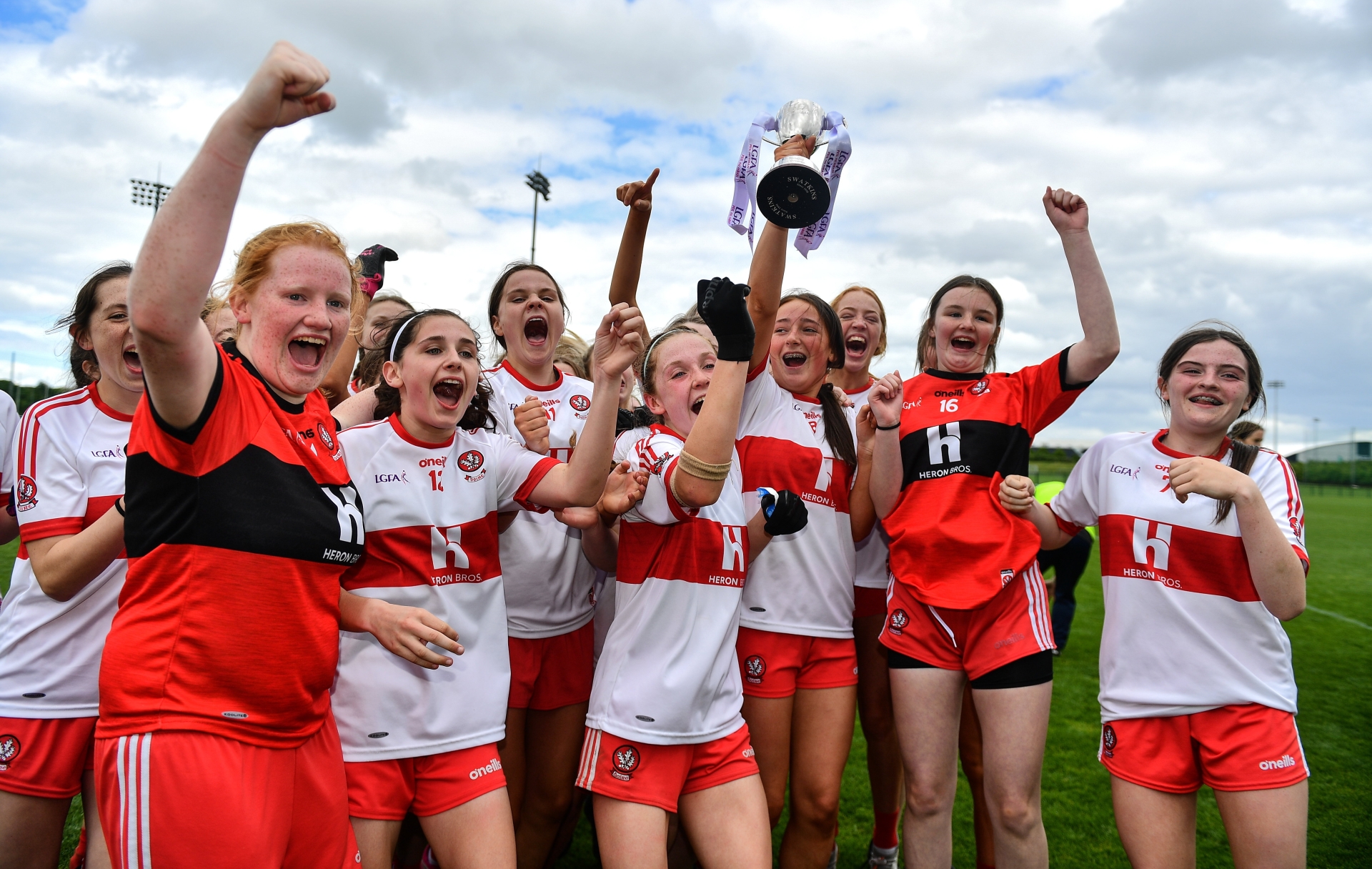 Sophie Egan added her name to the Faithful scoresheet after Casey and Brown had enhanced their own personal tallies, but Derry continued to attack with confidence as the opening period progressed. Following another Casey score, wing-forward Hasson rattled the net off a 21st-minute penalty.

The Ulster side added five unanswered points through Hasson (two), Brannagh Brolly, Casey and Brown, before Offaly responded with an excellent effort by the reliable Kenny. While Rachel Donagher also converted a stoppage-time free for the Leinster outfit, Derry ultimately led 1-15 to 0-5 at the interval.

A Brown free increased their lead on the resumption, but a persistent Offaly struck back in the 33rd-minute with a goal from distance by Kenny. Full-forward Ella Cuskelly knocked over a brace of frees to keep the Midlanders ticking over, although Hasson, Brolly and Casey did likewise for Derry at the end of patient attacking moves. 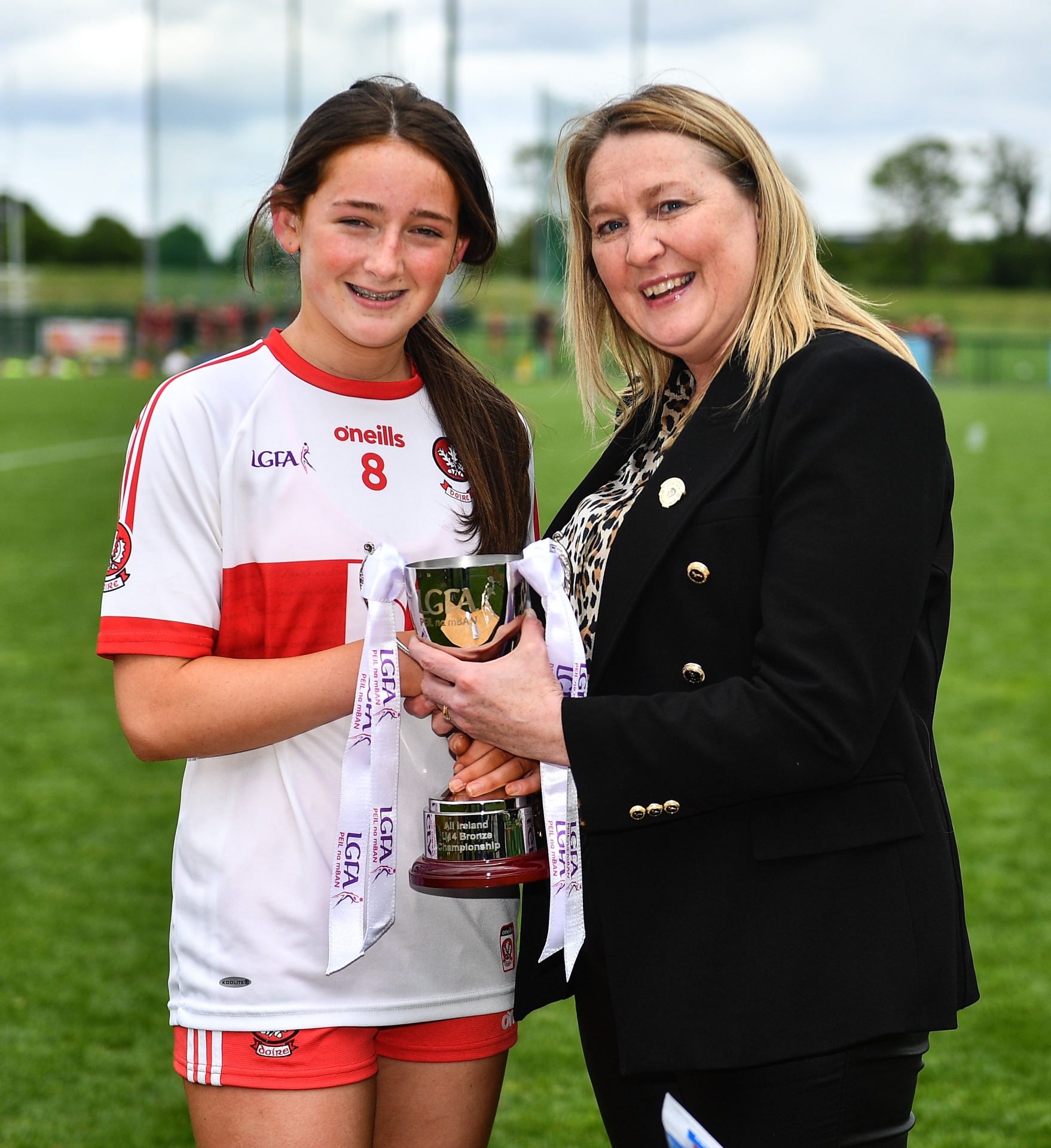 There were numerous changes on both sides as the action wore on and a number of substitutes made big impacts during the final-quarter. Derry replacement Emer Love displayed her own qualities with a 53rd-minute goal, but Offaly’s Kayla Fleming also raised a green flag off a close-range free.

It was the Oak Leaf girls who would have the final say in the game, however, with Hasson grabbing her second goal of the tie in the closing moments of the play.

The girls will take on Offaly in the Bronze decider.