The Bellaghy singer performed 'That's Rich' on the Turin stage this evening. 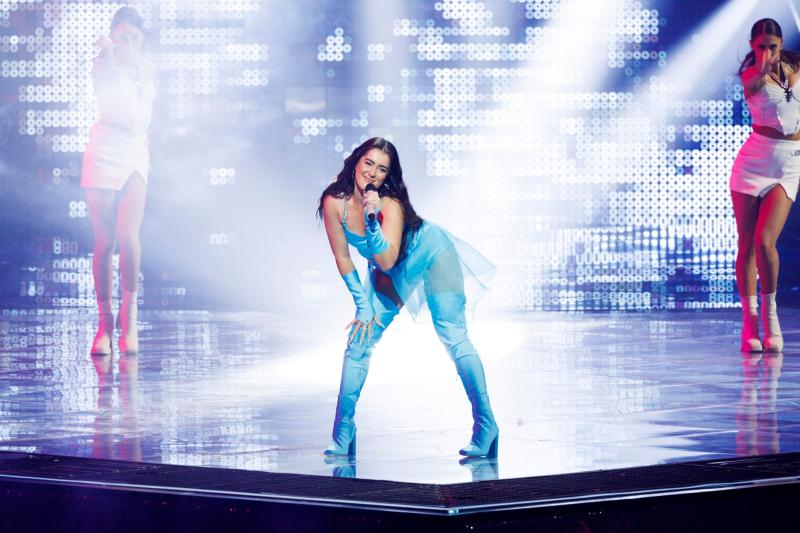 The Bellaghy singer was not among the ten acts to qualify for Saturday night's final despite an electric performance on the Turin stage in the semi final this evening.

After completing her rendition of 'That's Rich', Brooke invoked memories of Ireland's Italian football exploits in 1990 by leading the crowd in the famous 'Olé' chant.

Ten songs qualified from the 18 performing on the night, and there had been high hopes that Brooke could see off the competition to clinch a coveted final spot for Ireland, who haven't reached this stage of the contest since Ryan O'Shaughnessy in 2018.

Before that, Ryan Dolan qualified in 2013, with Jedward achieving Ireland's highest finish in recent years by finishing 8th in 2011.

The final will take place on Saturday evening in Turin at 8.00pm.