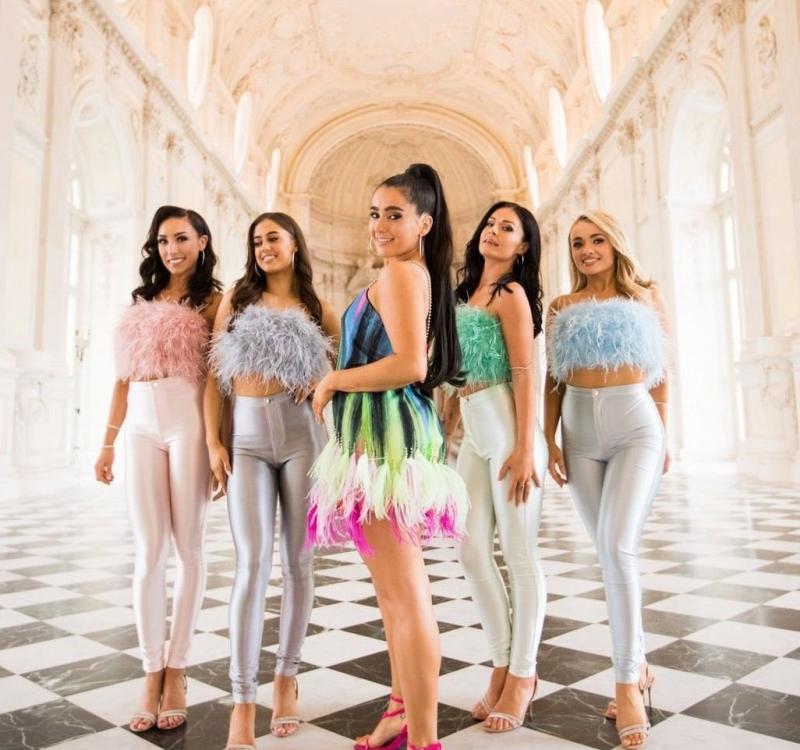 Brooke has been continuing the build-up to the competition semi final in Turin this week. Pic by Andres Poveda.

We're a few weeks out from the Eurovision final when I catch her. It's a sunny Friday afternoon. Midday.

She is back home in her native Bellaghy, recharging – as she puts it – after a whirlwind stadium tour of Europe in preparation for the contest.

“I've just finished a lovely lunch in the Poet's Corner,” she tells me.

The cafe in question sits alongside one of County Derry's busiest mini-roundabouts, right in the middle of the village's crossroads.

A steady stream of tractors, vans and cars drive past. Some beep the horn at Ireland's latest Eurovision hopeful.

But Brooke Scullion has been a recognisable face in the village for some time. 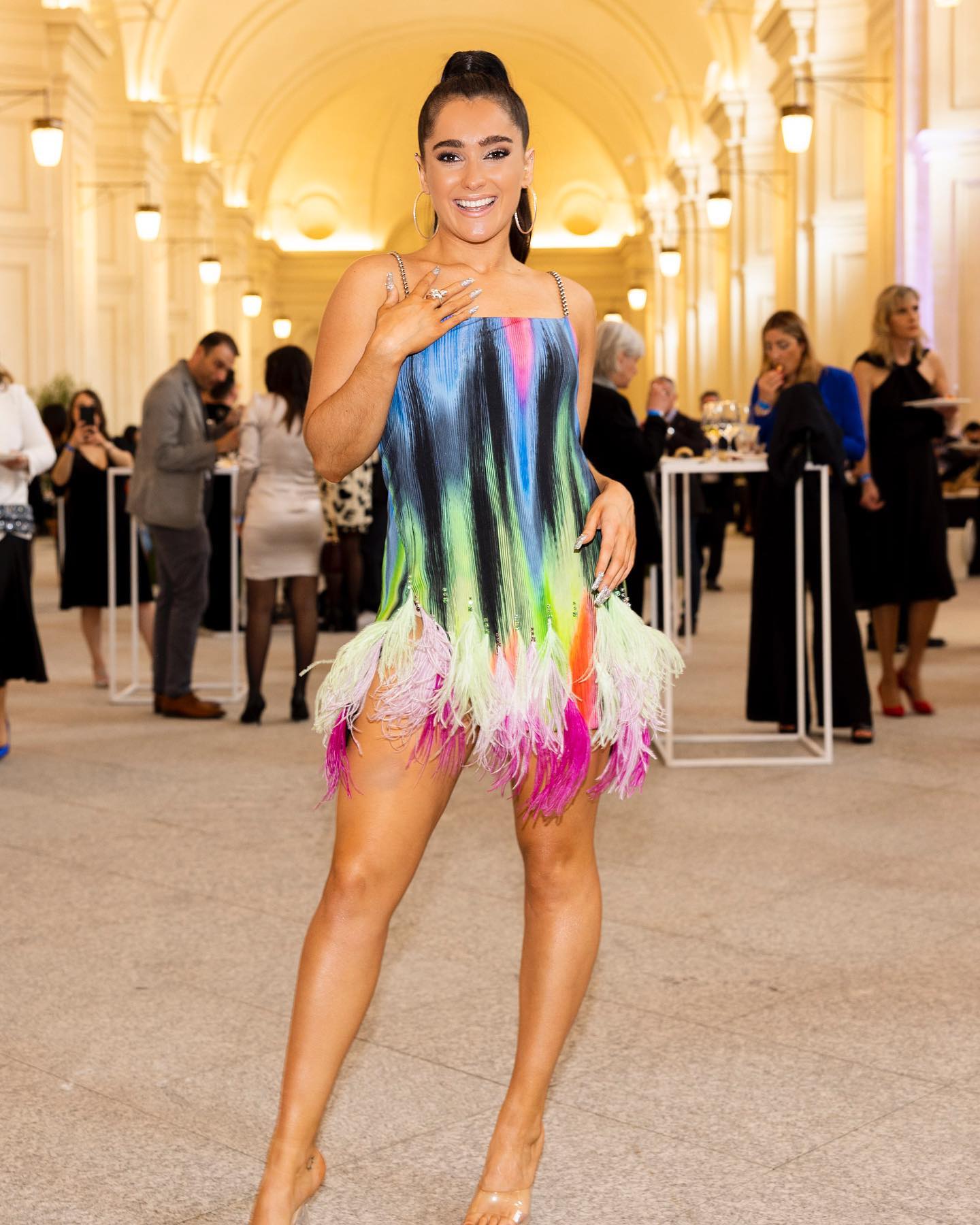 A camogie player for the Wolfe Tone's and a Scór competitor long before she appeared on The Voice UK, her talent for performing is no secret in Heaney country.

“I don't know if people have ever watched Eurovision before, but hopefully they'll be watching it this year,” she tells the County Derry Post.

“They packed out the town for the Voice, so I hope they're not fed up with me. There's a send off at home in Bellaghy that I'm not allowed to know about, but I have to because my schedule is that insane.”

After performing a gig at the Kremlin nightclub in Belfast, the former St Patrick's College, Maghera pupil enjoyed a week off before an emotional send-off at the Taphouse waved her off to Turin.

Playing the stadia of Europe over the last few months has seen Brooke develop her craft to levels she would have deemed unthinkable at the turn of the year.

“It's genuinely insane. There is no other way I could have been singing in stadiums at this stage of my career. It's such a massive opportunity that I've got,” she said.

“None of it is being taken for granted; I have loved every second. The confidence you build with each show is crazy.

“The evolution from where it all started to where it is now is just massive. The whole performance has been elevated because of how much I can react to crowds now.

“In Barcelona, at the first one, I was terrified. I genuinely was so scared that I ran on the stage, ran off again and didn't speak.

“That was my biggest mistake because you have to play to the crowd, but I was just so nervous. I felt like I was wasting people's time even though they were singing the words in front of me. 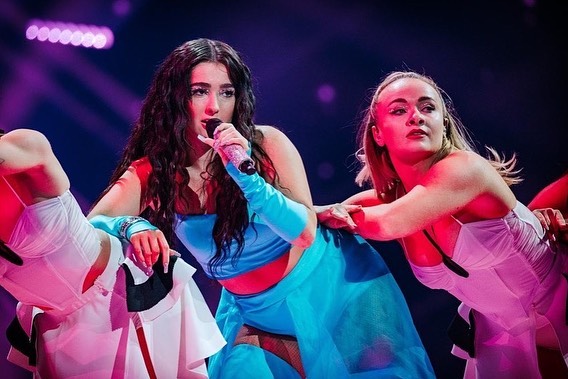 During soundcheck in Turin.

“It's just such a weird feeling to not have any real experience in that and get thrown into it, but I learned very quickly.

“There were people waiting outside your hotel being like 'Oh my God Brooke, can I get a photo with you?' and telling me 'That's Rich' was their favourite song.”

The Bellaghy singer worked in an estate agent for two years, and found opportunities to work on her voice few and far between.

She now feels she is easing into a life of training her voice on a daily basis.

“I have a vocal coach now and I'm strengthening the muscle, constantly doing exercises about three times a day,” she said.

“I hadn't sang for two years, realistically, when I was working in the estate agents and just writing music.

“Singing is a muscle at the end of the day and if you don't work it, you'll have a tough time trying to build that back up again.

“These pre-shows have really given me the time to sit and develop my craft before I've actually got to go and perform on the stage.” 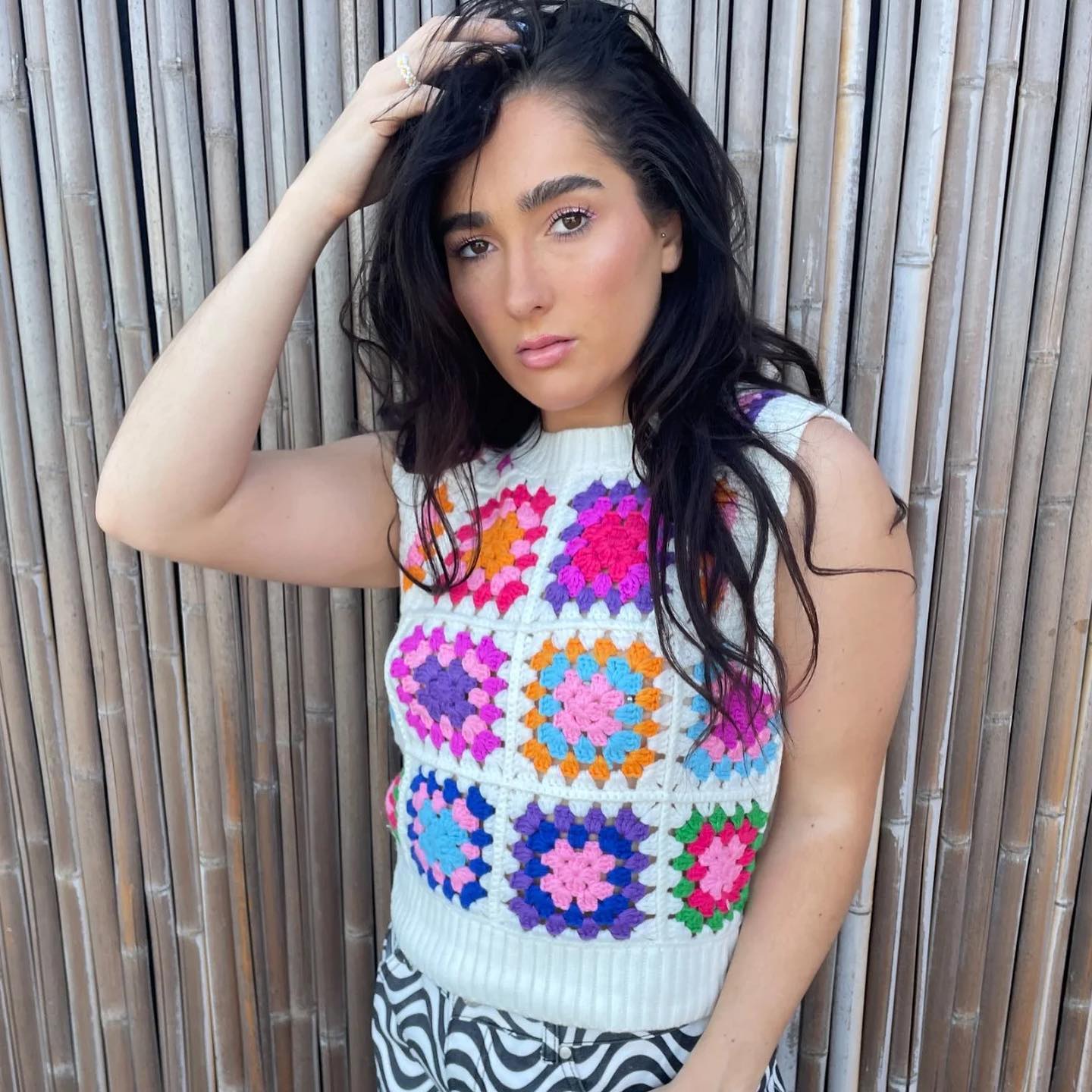 Brooke is pleased to have finally found an appreciative audience for her fashion style.

Even before appearing on The Voice, Brooke had experienced a brush with the small screen as an extra in the hit Channel 4 comedy Derry Girls.

With the first Eurovision semi final on May 10 clashing with the penultimate episode of Lisa McGee's third series of the show, she is relieved to be performing on the Thursday.

“There will be two episodes of Derry Girls that night, me and them,” she said.

“I can't believe Liam Neeson had a cameo in it and no one even heard about it, because that stuff gets leaked all the time.

“Uncle Colm never stops talking. That was so funny, I was wetting myself at that bit. When I was working on it in Season 2 I was friendly with Tommy Tiernan and then the mummy.

“Then Tommy Tiernan used me in his comedy road show, so he owes me money!” 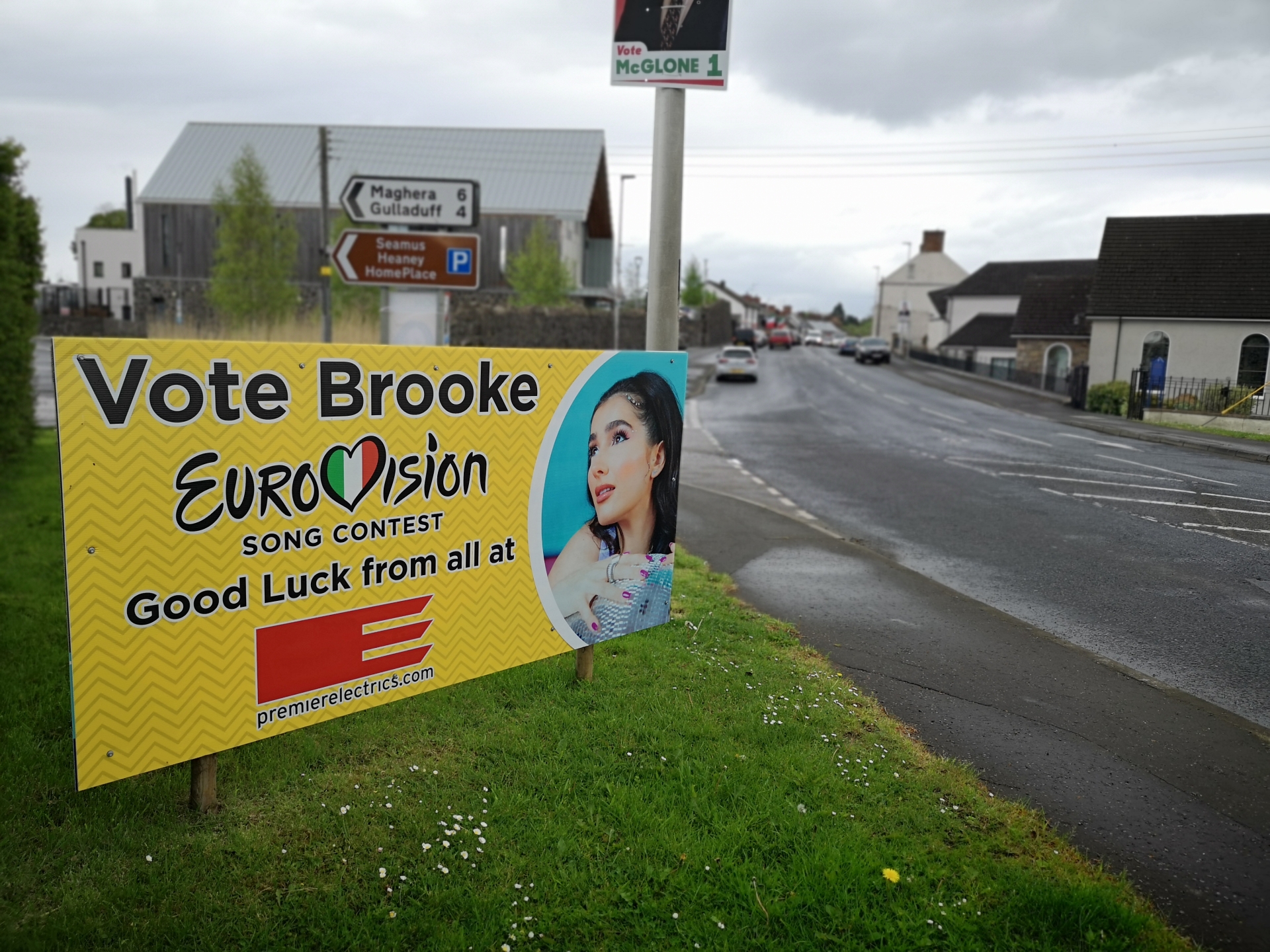 One of a number of banners in Bellaghy wishing Brooke well.

A large chunk of Bellaghy will be missing from the hype and holler in the village when the competition is aired, with Brooke's extended family making the journey to Turin.

“Everyone is coming, even my two nieces who are not even one. They're going to have a great time, they haven't even a clue who I am,” she said.

“It's going to be a massive holiday for everyone, this is our 'big holiday' that hasn't happened in years. It's such a massive thing.

“I didn't realise how big it was until uncles, aunts that I hadn't seen in years were texting me saying they can't wait to see me in Turin and thanking me for giving them the opportunity to go.

“Music and Eurovision does tend to bring people together and transcend all sort of woes, but it's cool when you see in your own family and the respect they have for what you're doing.

“It feels like a family wedding abroad, but I'm never getting married, so this is all they are going to get from me!”

Brooke – who says her favourite Eurovision song ever was 'Fairytale' by Alexander Ryback in 2009 – has been attracting attention for her unique and colourful fashion choices.

She is delighted to have found an appreciative audience.

“People are loving it, which is so cool, because everyone at home slags me for it,” she said.

“All the clothes I'm wearing on tour are mine. I love Power Puff Girls and I feel like I'm going to channel them for my actual stage costume, which I'm designing at the minute.

“I'm going to a dressmaker and telling her what I want and then we're adding wee bits and pieces.

“I feel like a lot of countries have a lot more people involved, so they don't get a say, whereas everything is my decision.”

To follow Brooke on social media is to score front row seats to the realisation of a childhood dream.

Each post is infused with laughter and fun, but behind the frivolity lies the mature realisation that nothing lasts forever.

“Don't be fooled, my feet are still very firmly on the ground; your family keeps you humbled,” she said.

“I have lived and loved every minute of the tour so far. Travelling is the most beautiful gift that singing gives you and to know that people across the world are listening to my song is pretty cool.

“Even people are coming up and saying they love my other song – Attention. It's been out now two years, but realistically, it never left Northern Ireland.

“I feel like it's such a gift, but it could be gone any second, so I have to make the most of it and enjoy it all.”

Brooke will perform in the second Eurovision Song Contest semi final in Turin on May 10 at 8.00pm, with live coverage on RTÉ2 and BBC3.

The County Derry girls will jet off to Italy in the early hours of Thursday morning.
ADVERTISEMENT - CONTINUE READING BELOW