The launch was held at the Drummond Hotel, Ballykelly, last week. 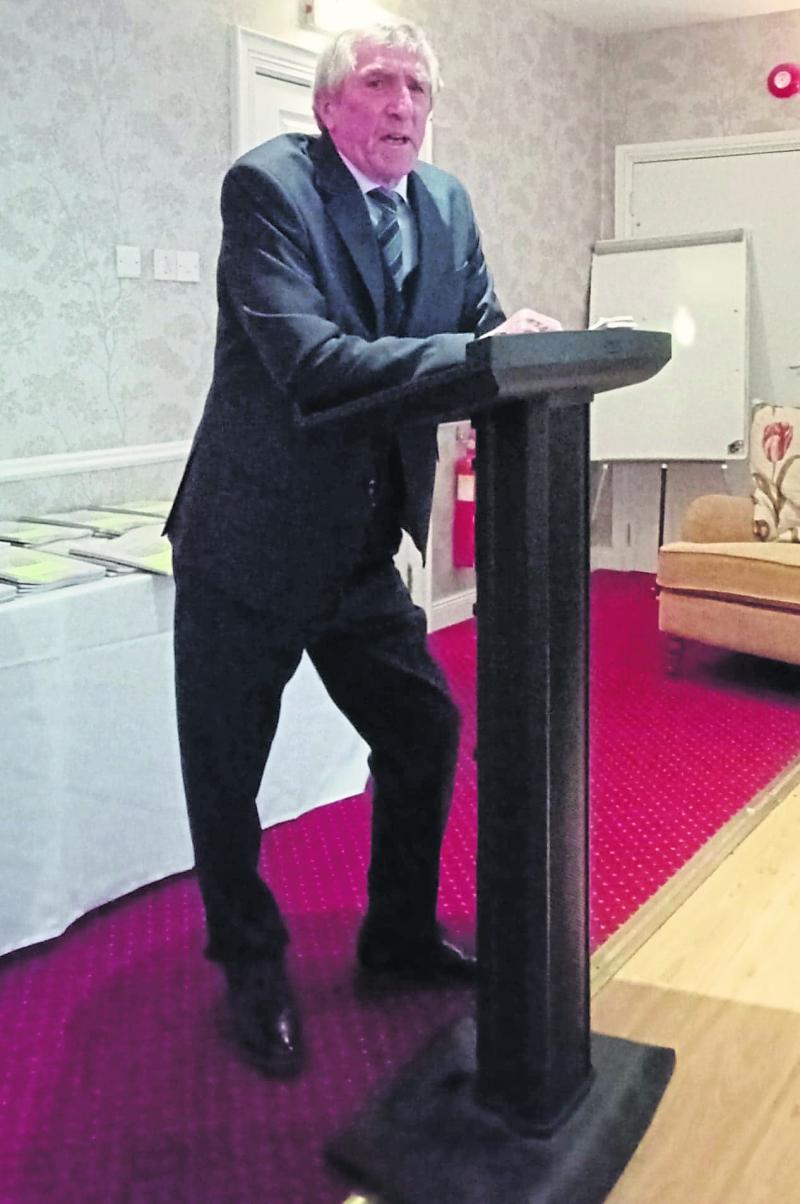 The booklet author, Peter Stevenson, speaking at the launch.

Over 40 members of the various Reilly/Riley families and descendants of those families recently gathered for the launch of former Derry County GAA player, Peter Stevenson's booklet, 'The Story of Henry Reilly'.

The event was held in the Drummond Hotel, Ballykelly on Friday, May 29.

Peter, whose Great-Great Grandfather was Douglas Reilly, had spent over three years researching the booklet.

All in attendance listened, as Peter explained how he came to write the booklet, which came about as he sought to discover his own family history.

As he did so, his research wandered into other lines in the Reilly family.

Peter who hails from Banagher, now resides in Banagher in Co. Offaly and travelled up with daughter, Bonnie, who typed the booklet for her father.

The booklet is a comprehensive, well researched document that will be of help in future years to those who may have a connection to the numerous Reilly/Riley families that hail from the Roe Valley and surrounding areas.

The most famous of the descendants of the Reilly family [though pronounced Really] is Castleford, West Yorkshire born, Malcolm John Reilly, who played Rugby League for his home club, for England, Captained the international team, later managing the international team, before moving to Australia to coach a club there for a number of years.

Malcolm is renowned as the greatest ever Rugby League player. He now resides back in England, near Castleford.

Malcolm's Great-Grandfather, David Reilly, married another Reilly, Nancy, both from Tartnakelly, near Ballykelly. David emigrated to America in the 1890s.

Nancy, with three of her four sons travelled out to join him, only to find that her husband had died. She immediately returned home to Tartnakelly and married Miller Houston, whose wife, a sister of her husband, David had also died.

They married and sometime later moved to West Yorkshire, where the men worked in the coal mines and the females as seamstresses.

A very enjoyable evening was had by all in attendance and the main topic at the end of the night was the question, as to why some of them spelled their names Reilly and others Riley.