Vehicle access to be restricted at County Derry cemetery

The recommendation was made in March 2020. 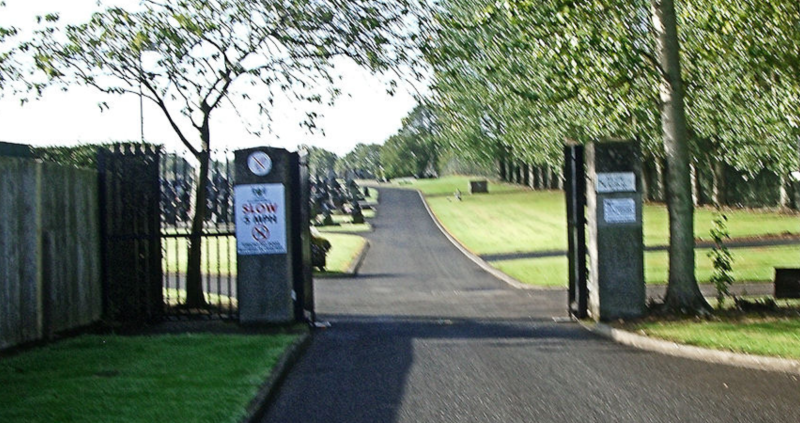 A recommendation to restrict vehicular access to a County Derry cemetery that was made over two years ago is finally set to be implemented.

Causeway Coast and Glens Borough Council's Environmental Services Committee recommended in March 2020 that a barrier be installed at Coleraine Cemetery due to a number of ongoing issues.

Damage had been sustained to headstones and memorials as drivers tried to negotiate the narrow paths of the cemetery, with vehicles often forced onto the verges to pass each other.

On other occasions, hearses and family mourners had found access to graves impeded by parked cars in the cemetery, while a number of vehicles appeared to also be breaching the 10mph speed limit.

Council decided in March 2020 to restrict vehicular access to those with mobility problems and to manage access during funerals, but the implementation was delayed by the the Covid-19 pandemic.

A fob system will be put in place for those who can 'demonstrate mobility issues', with a report presented to Council mentioning 'blue badge holders'.

Cllr Ivor Wallace asked if any consideration was going to be given to those with mobility issues who may not actually hold a blue badge.

“One fella was on the phone whose elderly mother had no disability pass and no disabilities, but she is 80-something and her husband is buried at the top of the cemetery,” he said.

“She wanted to make sure that she would still get a fob, even if she doesn't have any disabilities.”

A Council officer said requests would be looked at on a case-by-case basis and dealt with by the Estates Team.

Cllr Darryl Wilson said the system would be similar to that already in place in Ballymoney, County Antrim, where fobs were issued on a case-by-case basis.