Glenullin clinched a first All-Ireland Scór title in over 30 years. 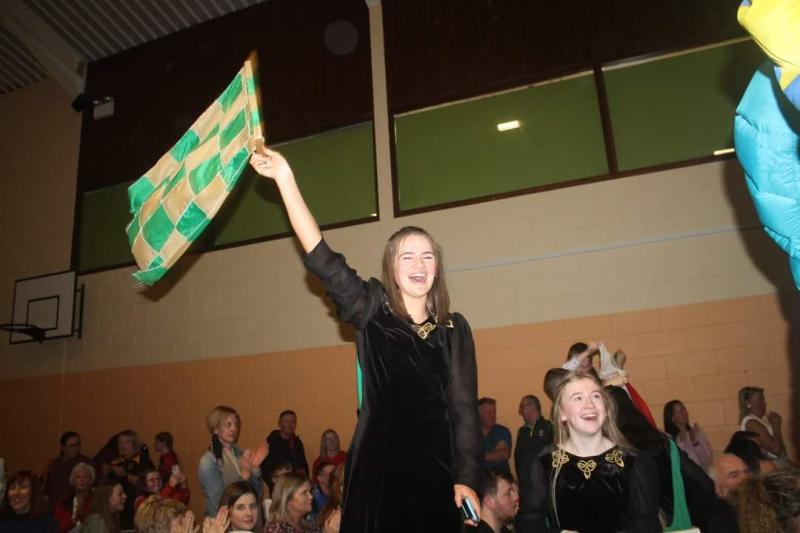 Glenullin raising the green and gold flag to celebrate their All-Ireland success on Sunday.

A group of young musicians from County Derry are celebrating after clinching a coveted All-Ireland Scór na nÓg title at the weekend.

John Mitchel's GAC, Glenullin had already secured Derry and Ulster titles in the ballad group category of the competition, and sealed the highest honour with a polished performance on Sunday afternoon.

The group, made up of Niamh McIlvar, Mary Kate Turner, Sinead Close, Mairead McIlvar and Rhiannon Comer performed two songs on stage at the final at the Gleneagle INEC Arena, Killarney on Sunday.

With the event streamed live on the TG4 YouTube channel, the girls had a national audience for their renditions of 'My Belfast Love' and 'An Seanduine Dóite'.

The group were mentored by Clodagh McBride, Carmel Minmagh, Lucy Kerr and Roisín McIlvar, who said they were 'delighted' to take home an All-Ireland title.

“We knew they were good but you didn't dare let yourself believe that you might win,” she told the County Derry Post.

“'I've been taking ballad groups for 15 years in Glenullin and this is the first one to get out of Derry. It's been a long work in progress.

“We hadn't much notice – with Covid – that Scór was happening again and then as soon as we got the word, the practising started. 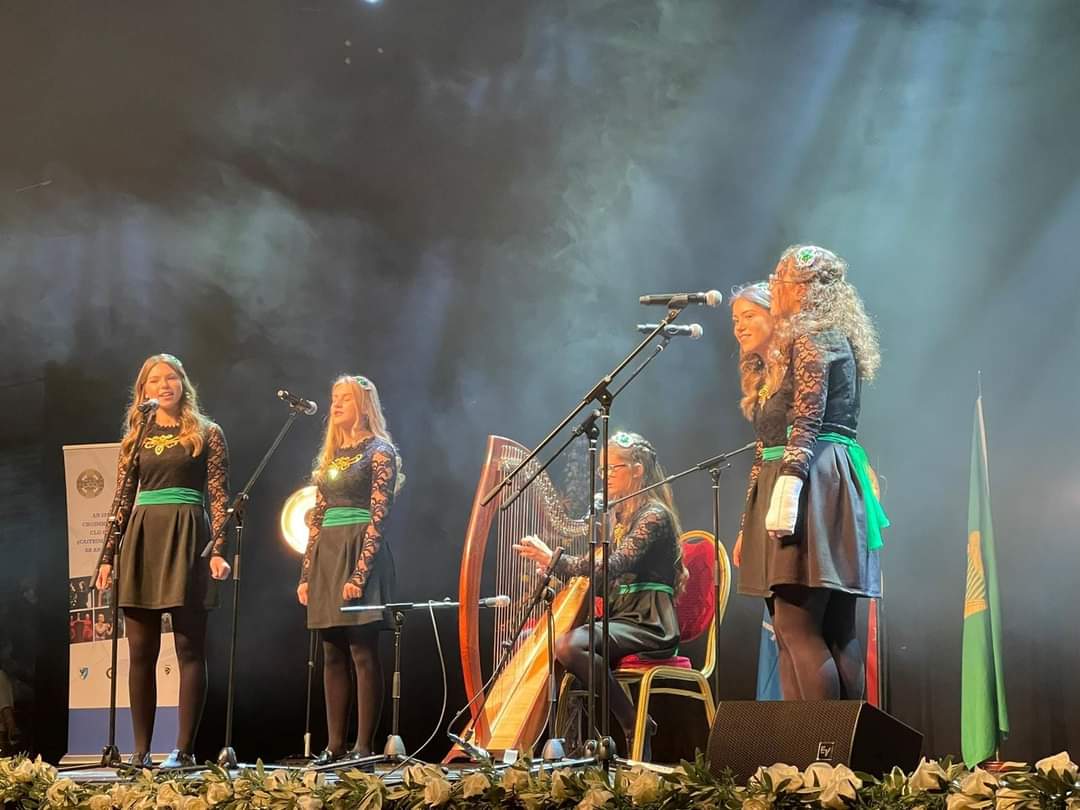 The Glenullin ballad group on stage at the All-Ireland Scór na nÓg final in Killarney on Sunday.

“At the start we were a couple of times a week and got through Derry, and ramped it up to the Ulster competition.

“It really is the stuff of dreams. We'd been tap, tap, tapping at the door in Derry but never got over the line, so to finally do it and then go all the way is unreal.”

Glenullin were also represented on the All-Ireland stage by their Ulster and Derry-winning set dancers.

“Our set dancers have been in five All-Irelands on the trot, but just couldn't get over the line. It's high competition, any All-Ireland is hard-won,” said Roisín.

While the drama was ongoing in Killarney, there were plenty of eyes and ears in the hall turning north to Healy Park, where Derry were in the process of dismantling their neighbours Tyrone.

A great reception for our All Ireland Champion Ballad Group and Set Dancers (who came 2nd!) tonight.
Brilliant to see the support from those who couldn't make it to Killarney. pic.twitter.com/w43bEqa8VF

Roisín says news of the Oakleafers' 11-point victory over the Red Hands set the group up nicely to celebrate their All-Ireland win in some style.

“There were a few spectators who were drifting in and out catching the match. We had a Tyrone man from Killyclogher with us too, so he was very sad,” she said.

“The rest of us were very happy. The Derry win stood us in good stead for the way the day was going to go.

“The poor man who was giving out the results just had to stand speechless for a wee while, because we were that excited and shouting.”

The success marks Glenullin's first All-Ireland Scór title since the 1988, when their instrumental group took home the title for the Derry club.