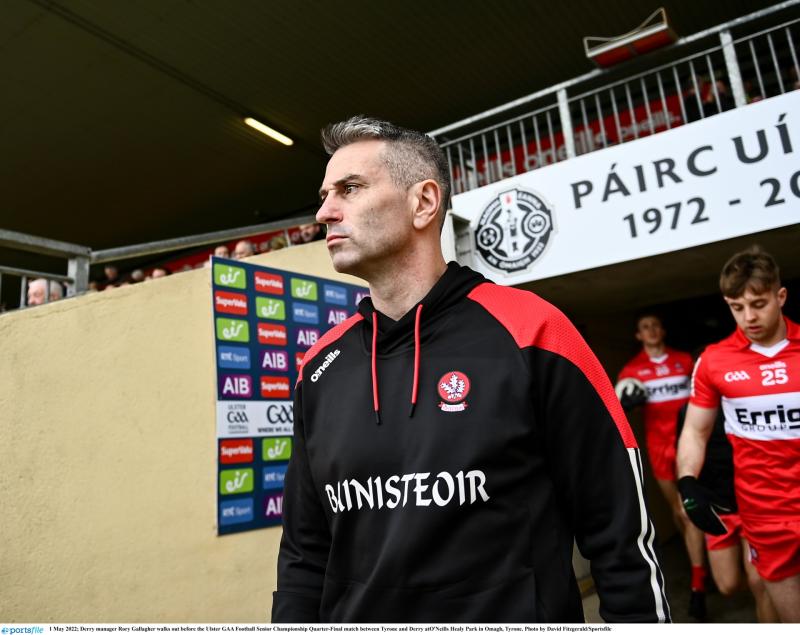 As a journalist, when you speak to most GAA managers before a big game, they gratefully accept an underdog tag.

Even when it’s not theirs, they want it. It takes the pressure off – ‘sure nobody is giving us a chance.’

In Rory Gallagher’s pre-match interview ahead of Sunday’s encounter with Tyrone, he stated the opposite – he wants Derry in a place where they are going in as favourites. It means you are winning the big games. It means that you’re at the top table.

As the crowds filled the stands of Healy Park at the weekend, there was no doubting who the underdogs were. When the final whistle blew, everything was different. It was a long time coming.

"It was an unbelievable performance in a lot of ways. We are just delighted that the boys have shown they can stand up and win on a big championship day, it is a very nice place to be as a footballer and something you should never take for granted,” insisted Gallagher.

"To be afforded the opportunity to play on a day like this with a crowd of boys that you love hanging about with and enjoy playing with, it is a very rewarding experience.

"It was glaringly missing for Derry. You need championship wins in Ulster and you have to beat top teams. We have done it today, but we also have to learn from this, move on and see where we are at now for the semi-final.”

Playing the Ulster and All-Ireland champions in your opening championship match of the season should only go one way, on paper.

It certainly shouldn’t normally result in as dominant a display as Derry put in on Sunday. But for Gallagher, it was no surprise, and he hopes it is just the start.

"Listen, I'm not overly surprised. I don't believe Tyrone were at the level they were at last year, so we have to put that into perspective. It is not easy to come back as All-Ireland champions," he stated.

"I think they have a great chance of learning now and are smart enough to learn from it but look, we will worry about ourselves now.

"We would feel we are good enough but this is only the start of a journey now, it is up to us to capitalise on it.

“Look, I have no doubt that myself, the management team and the players will all handle this right - it will be no big deal. We will enjoy ourselves tonight, have a bit of fun - I've told our boys to bring their 'going out shirts'.

"We'll enjoy ourselves this evening, recover tomorrow and we'll move on.” 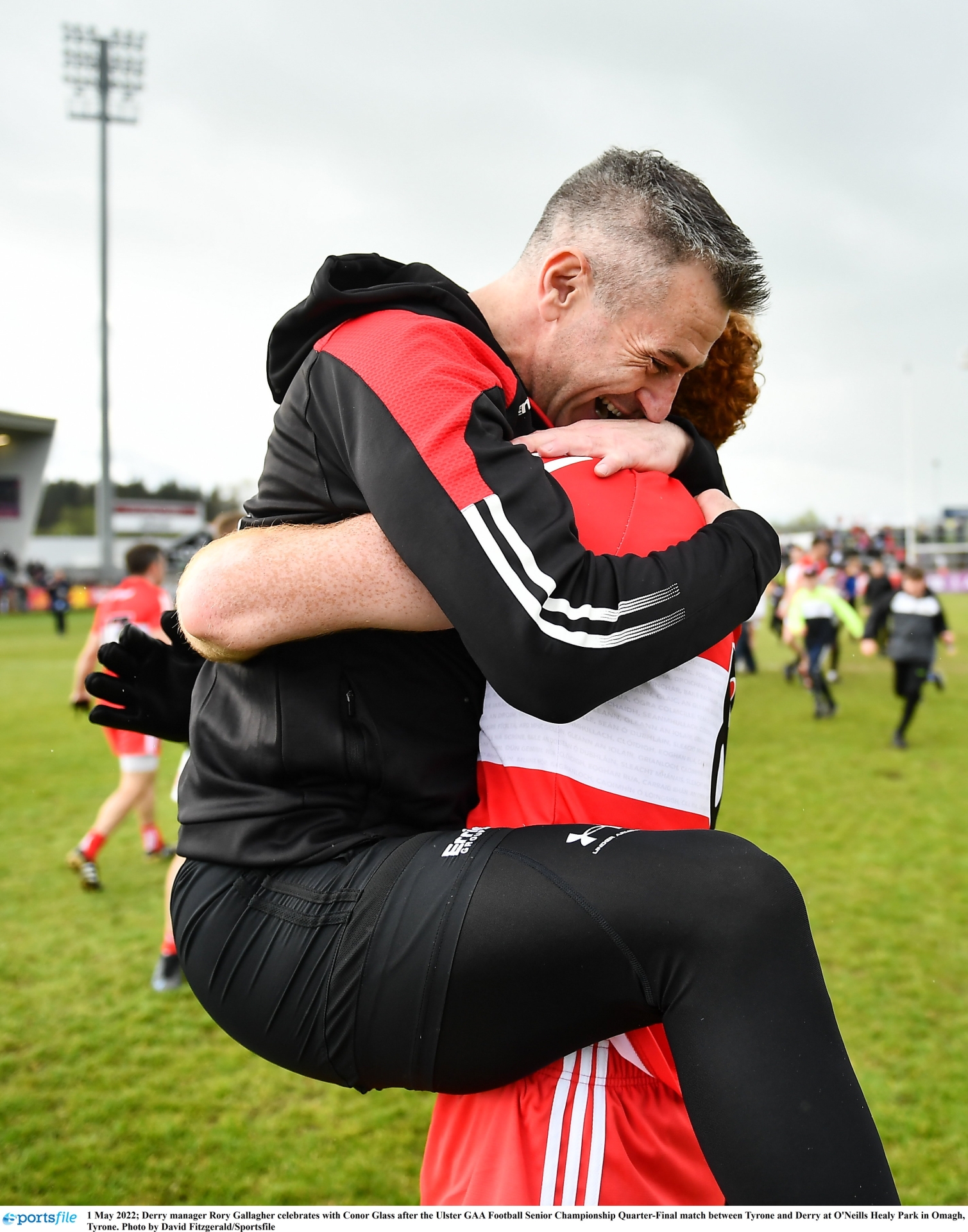 After an impressive start to their Division Two league campaign, the name of Derry started to come upon the lips of more people up and down the country.

In the end, promotion evaded them with a disappointing defeat to Galway and a draw with Roscommon. Gallagher believes that may have fed into people’s expectations of the Oakleaf coming into Sunday’s match with Tyrone.

"I'd like to think had we beaten Galway that people might have thought of us differently coming in but I'm not really concerned either. I can understand,” admitted the manager.

“It is a very difficult situation to be in - eight, nine or 10 points down - but these things happen to teams and we stayed calm after the Galway match. We stayed together and learned from it and we just have to push on from this now.”

Now Gallagher has to prepare his team for a first Ulster semi-final for Derry since 2015. Monaghan await – the challenges don’t get any easier. But Derry will just keep focusing on themselves.

"It is funny how things go. I was on the other team that day in 2015 when we beat them. Life is funny like that but no, we will really, really look forward to it. We have two more weeks of championship preparation now and that will be the key,” he said.

"We want big days out. We have to enjoy them and push on, making sure they are consistent in performances and consistent in hunger to play for each other.

"The potential of this team is to enjoy tonight and then knuckle down and start working tomorrow again. That's all I want.”

IN PICTURES: Opening of new facilities at Swatragh

Can you spot yourself?