MacD on Music: About a Buí 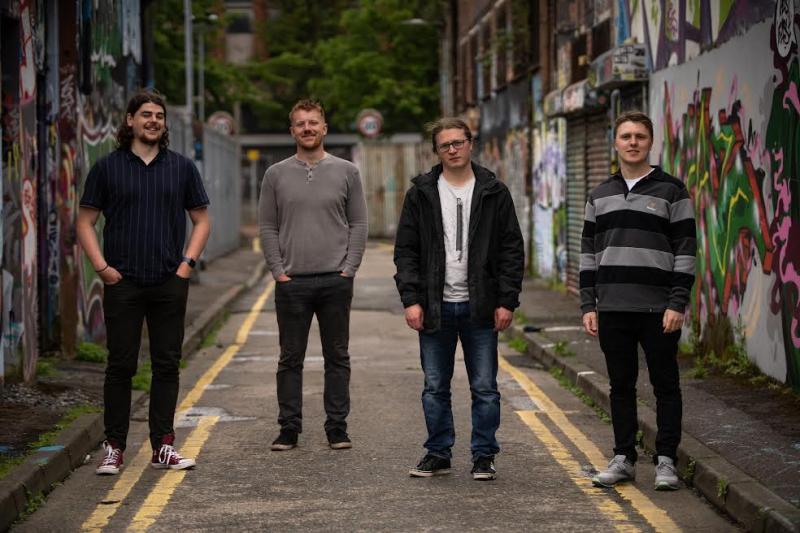 On a Saturday night in Derry, it’s almost guaranteed that you’ll be able to find great music somewhere.

There’s certainly no shortage of choices, from Sandino’s to the Delacroix to Bennigan’s.

This past week, I found myself in two out of those three places (numbers two and three for those wondering) and while in Bennigan’s, heard the great Belfast-based group Buí.

After the show, I got talking to lead singer/songwriter Josh Healy. We discussed the history of the band, how they released their first album without ever having played live before, and what they’ve got lined up for the future.”

Can you tell me a bit about the history of the band? How did Bui come about?

“Buí was started mid-2017. I was in a band a few years previous and was just coming to the end of the degree I was doing in University in Belfast.

“I’d been asking a few mates for a while if they wanted to start a new band and play some music together but they weren’t too interested, so I decided I’d just start it myself.

“The mates all quickly became interested in playing once I’d set everything up, so we went from there. I’d been writing songs for a fair few years already at that point, so we started recording straight away and the first gig we played was on the same night we released our debut album Eugene in November 2017. It was a bit of a mad way of doing things but it was nice in a lot of ways too.”

Who would you say has been your biggest musical influence?

“I’d probably have to say The Microphones (aka Phil Elverum), as when I found their album The Glow Part 2 it changed the way I viewed music.

“It was sonically the most interesting album I’d ever heard, so much of it is focussed almost solely on the texture and general atmosphere of the sound.

“Since then, I’ve put more emphasis in my songwriting on arrangement and creating the full sound I want. Most times that I write now, I record a demo and make sure I know what I want every instrument to be playing before I show it to any of the folks in the band. Other influences would be the likes of Daniel Johnston and Sparklehorse.”

What’s it been like for you coming out of Covid?

“It's been very difficult, as I’m sure it has for most. From the point of view of a musician, there’s been an overwhelming amount happening seemingly all the time since pubs and venues have reopened.

“Everybody has become very used to last minute cancellations too. I work as an events programmer in a music venue in Belfast, so it’s been fairly non-stop since November of last year.

“The release of our new EP there gave us the first real opportunity to put a run of shows together as a band since before covid. We had a gig in Limerick cancelled due to covid unfortunately, but we still had three great gigs in Belfast, Dublin and Derry so it wasn’t all bad.”

How did you find Bennigan’s on Saturday? Was it your first time there? Would you play it again?

“Bennigan’s is a great spot. The first gig that we had cancelled due to Covid was actually one we had booked in Bennigan’s for the 13th of March 2020!. But I’d still played there twice previous to Saturday, one a solo show in early 2018 and another time with the full band the following year alongside local lads Foreign Owl. It won’t be our last time playing in Bennigan’s I’m sure!.The staff in the pub are all particularly lovely too.”

What would you say has been the biggest moment of your career up to now?

“I’d probably have to say putting out our debut album, which is weird because it was way back at the start. Releasing a full collection of 11 songs before we’d ever played a gig was an unorthodox way to do things to say the least, but it was something I’m proud we did. A lot of bands play for years and don’t end up releasing more than a few songs, so it was fun to put our cards on the table and work backwards from there.”

What have you got planned for the future?

“We have plenty in store all being well. It hopefully won’t be too long before we have our second album out. Most of it is recorded already so it’s just a case of putting all the finishing touches on and getting it to the point where we decide not to change anything else!

"It’s been tracked at various points since late 2018, when we first started working with producer Julie McLarnon and recording to analogue tape in her studio (Analogue Catalogue in County Down).

"Without covid it definitely would have been out by now. I’m very much looking forward to doing some more touring over the next few months as well, so there’s a lot to look forward to.”