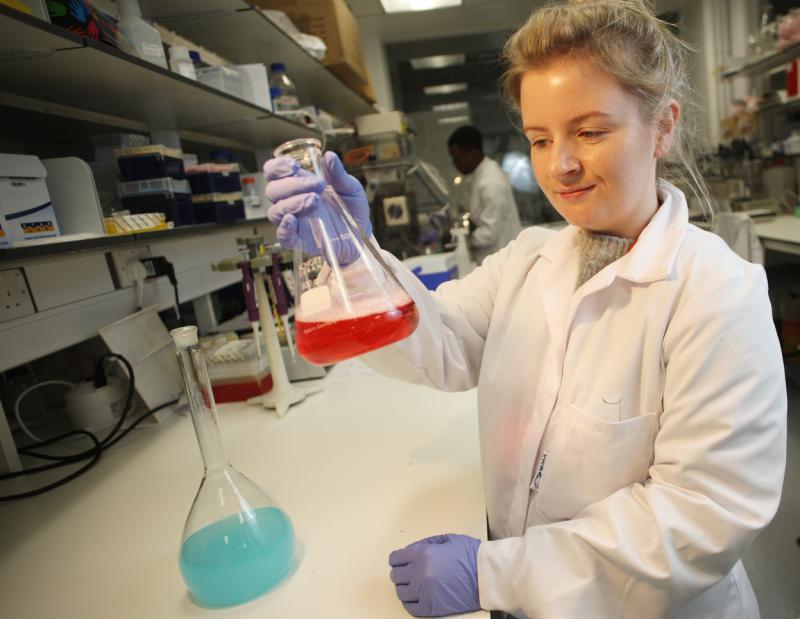 Ballymaguigan native Karla O'Neill has been awarded a six-figure funding grant for research into angiogenesis.

A County Derry scientist is to begin research that will bring us a step closer to treatments that restore the body's ability to grow new blood cells.

Karla O'Neill, from Ballymaguigan, has been awarded a grant of £284,711 by the British Heart Foundation (BHF) to undertake a three-year project into the concept, known as angiogenesis.

A former student of St Trea's PS and St Mary's Grammar School, Magherafelt, now living in Dungiven, Dr O'Neill graduated from Ulster University with a degree in Biology and a PhD in DNA methylation.

She has continued her work under the stewardship of Professor David Grieve at Queen's University Belfast since 2015, but this will be her first independent project.

“The project combines my own expertise in DNA methylation and vascular biology that I gained from Queen's when I joined in 2015,” Karla told the County Derry Post.

“It gives me complete management over the project. I am completely leading on it with David as my mentor.

“I come up with all the experimental ideas; obviously in collaboration with other scientists in the field. Science is all about collaboration, working together and pulling in different people's expertise.

“Obviously, David Grieve is very well-respected. He is a professor at Queens and has years of experience in cardio-vascular disease research, so I'm really standing on the shoulders of giants.

“You're still kind of learning from them, but this is my first step towards developing my own research niche, and the British Heart Foundation has really given me this opportunity.”

As well as providing much-needed funding for research into cardio-vascular disease, Karla says the British Heart Foundation have been hugely supportive to her as a woman in science.

“Whilst I've been on my BHF project grants, both David's and this one, I've had three maternity leaves,” she said.

“The BHF have been amazing in terms of supporting me through those maternity leaves, making sure that my career still keeps going.

“I will be eternally grateful to them for that. I've been able to go off, have my babies, come back and the funding is still sitting there.

“Queen's have been amazing as well, and I think with all of that support, the number of women coming forward into STEM degrees and jobs will increase and eventually equalise.

“I am an ambassador for women in science; we can do it. You can have a family, you can have children and still do it, as long as you have a good support network and a good employer.”

The Cartin twins from Claudy always knew they wanted to do a trade.

Karla highlighted the support of her husband and three children, as well as a supportive family network as being crucial in allowing her to continue her research.

The work she will undertake in her current project will be vital in developing treatments to improve angiogenesis, which will be of huge benefit to those with diabetes or cardio-vascular disease.

“Within cardio-vascular disease itself you have exposure to low oxygen to different tissues and endothelial cells,” she said.

“There are a type of endothelial cell called endothelial colony forming cells, which are really important when you have a wound or when your blood vessels need to repair themselves.

“These cells are honed to the site of damage and in people with cardio-vascular disease or diabetes, those cells don't work very well.

“My project will be figuring out what's gone wrong with those cells, what has happened them. 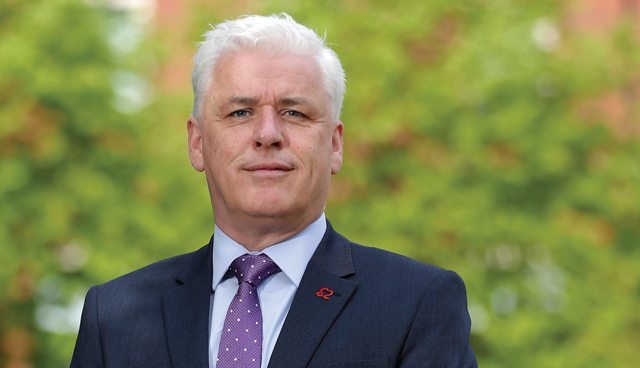 Fearghal McKinney is head of the BHF in Northern Ireland.

“Heart and circulatory disease causes a quarter of all deaths in Northern Ireland, around 4,100 deaths each year. That’s an average of 11 families who lose a loved one to these conditions each day,” he said.

“We’re delighted to award this grant to Dr O’Neill. It’s only thanks to the generosity of the public that we’re able to support vital research like this in Northern Ireland.

“For more than 60 years the public’s support has helped the BHF turn ideas that once seemed like 'science fiction' into reality. Thousands of people in NI are still waiting for the next breakthrough.

“We urgently need the public’s support to keep our lifesaving research going, and to discover the treatments and cures of the future.”

The BHF has launched a campaign ‘This is Science’, calling for the public’s support to power science that could lead to new treatments and cures for all heart and circulatory diseases.

To find out more visit https://www.bhf.org.uk/this-is-science.

The Dungiven Celtic youngster was attending his first game with his dad Ronan.
ADVERTISEMENT - CONTINUE READING BELOW