The Dungiven Celtic youngster was attending his first game with his dad Ronan.

A County Derry school boy has become a viral internet sensation after a clip of him witnessing the Liverpool football team in the flesh for the first time was shared online.

Oscar McElhinney, from Dungiven, was filmed by his father Ronan as the Liverpool players emerged onto the Anfield turf for their 2-0 Premier League win over Watford on Saturday afternoon.

The 33-second clip shows Oscar, a pupil at St John's PS Dernaflaw, becoming overwhelmed by the sight of his favourite player – Egyptian forward Mohammed Salah - with the spectacle moving him to tears.

Ronan said that himself and Oscar were initially unaware of his steadily rising fame, having filmed the occasion as a memory to send to his mother back home.

“I just happened to have my phone on, I was taking a photograph and I said I'd just video his reaction,” he said.

“He started to cry then, and then the next thing he saw [Mo] Salah and just went beserk then. It was amazing, even the people sitting round us couldn't believe the reaction on his face. 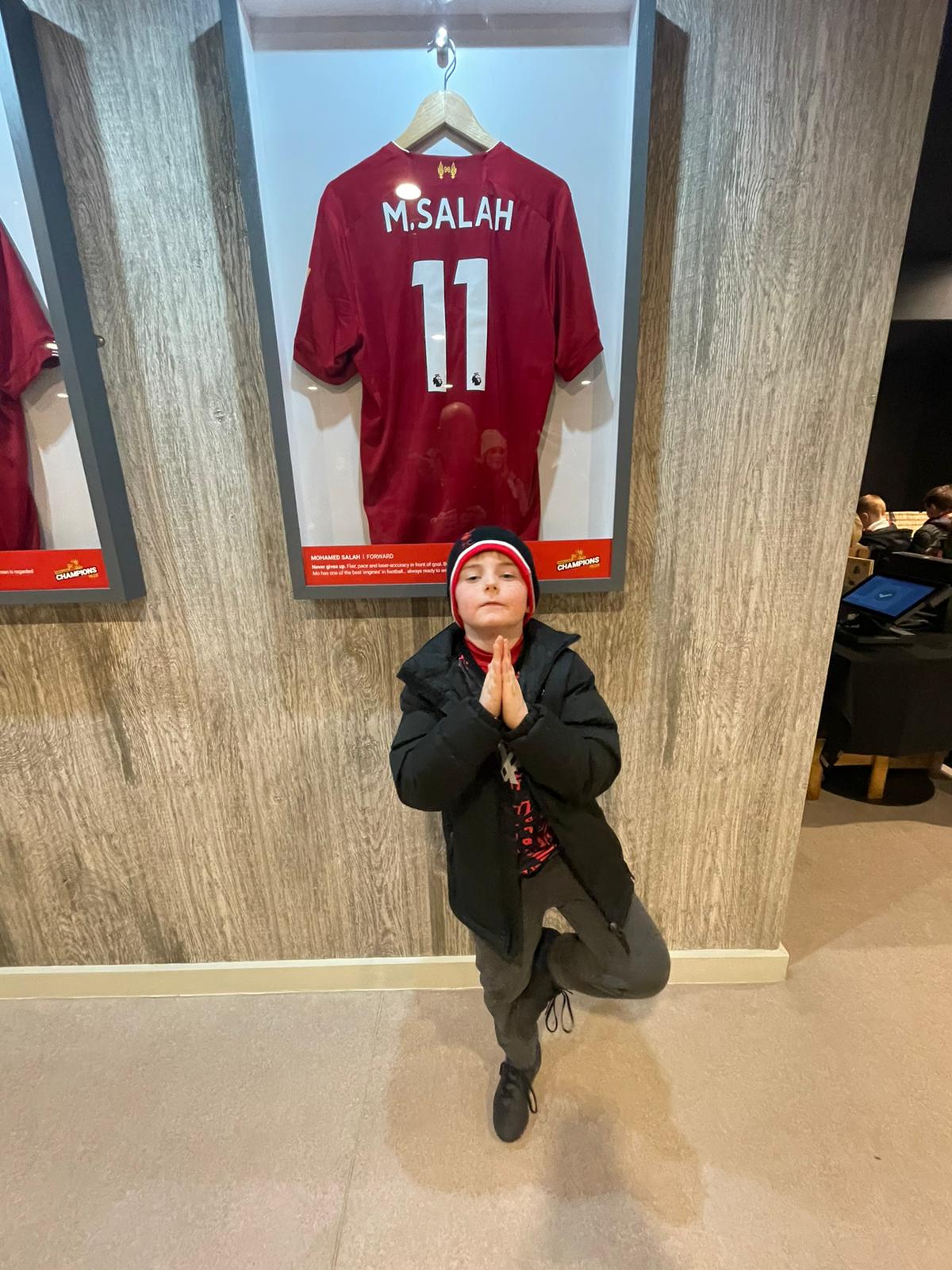 “I was just going to do a wee story thing about the first trip to Anfield, but I was sending videos through to his mother”.

However, when Oscar's aunt shared the video on Twitter, footage of the eight-year-old Dungiven Celtic footballer was soon beamed around the world.

“She put it on Twitter and it just went clean mental,” said Ronan.

“Yesterday morning, we had just come down for breakfast and the wife phoned me and said 'do you know this thing is going clean mad on Twitter?'

“I said 'what's going clean mad?' and she said it was the video of Oscar. She said it had something like 100,000 views in about half an hour. 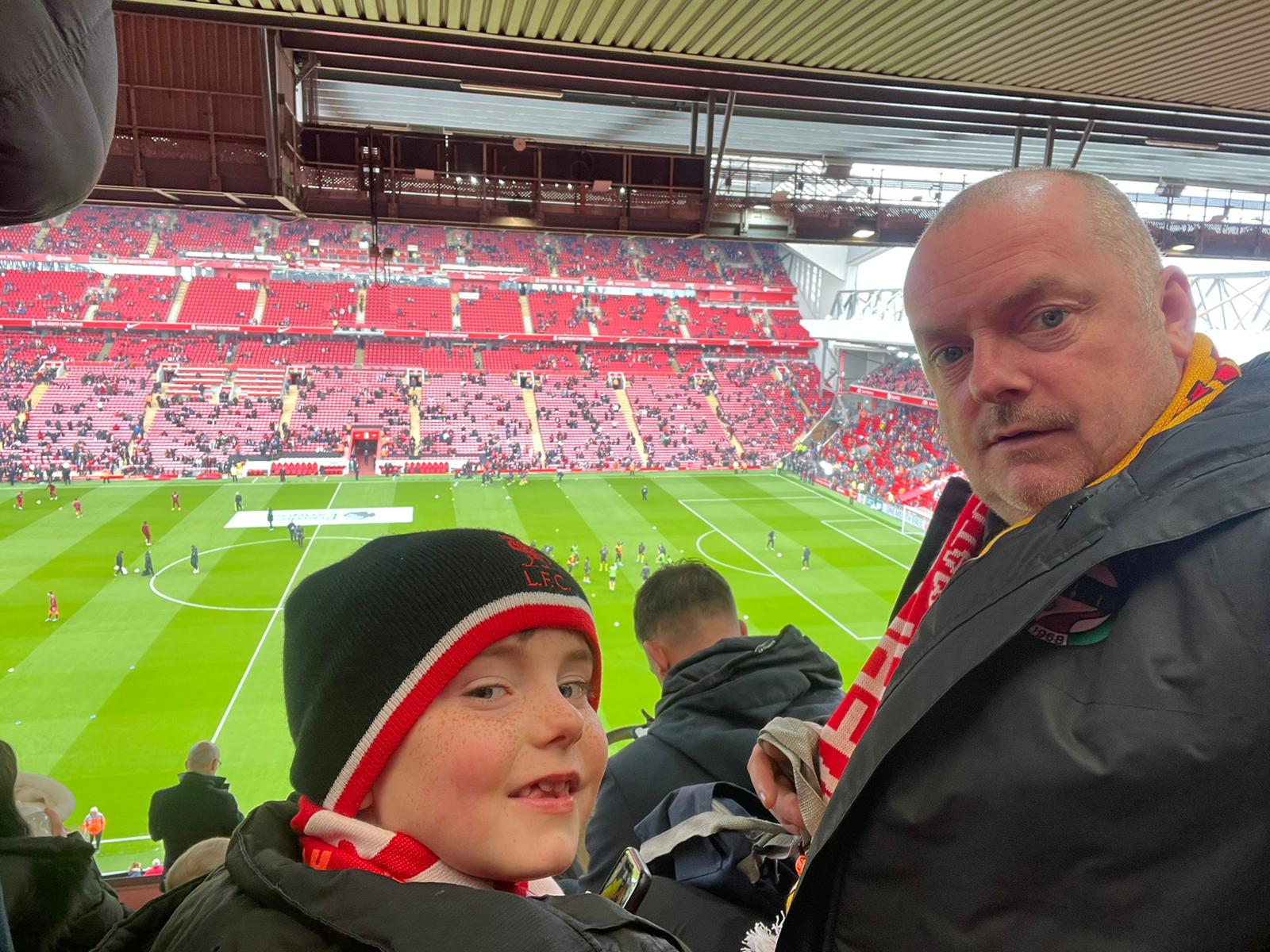 Oscar and dad Ronan taking in the Anfield atmosphere.

“I kept getting phone calls saying it was on Twitter, Liverpool Echo had posted it. The Egyptians seem to love him now.

“They are saying now if Liverpool win the Premiership, this young lad needs Salah's medal. If he signs a new contract, it's all down to this young lad if he sees the video. It's crazy.”

The star of the show is taking things in his stride, but making sure he is ready for a life in the limelight should the opportunity arise.

“Oscar was sitting practising his handwriting last night in case he had to sign autographs when he got back to school,” said his father.

“On the boat on the way home yesterday, there was a man sitting looking at Oscar, and he was on his phone. 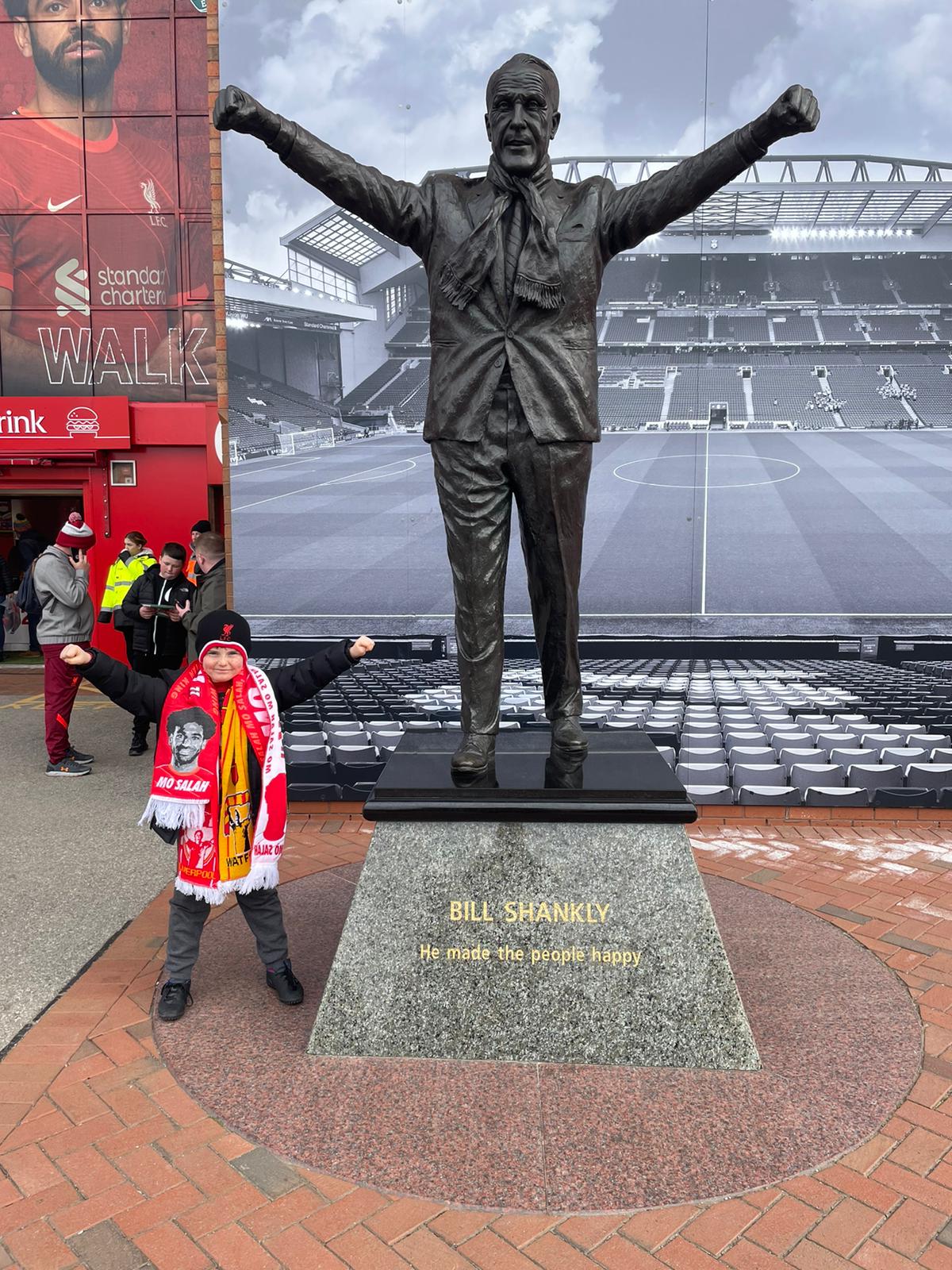 “The next thing he turned round and said 'that's that wee lad!' I told him that was my son and he said it was crazy, that it was going mad on Twitter.

“He was blind to the whole thing, he was rocking about and made a couple of new friends from Belfast on the boat.

“He's a Liverpool nutcase. Me and my other son are Spurs fans and I had, when he was a wean, put him in Spurs stuff, but a few years back he decided to jump ship and that was it, there was no turning him.

“He is on his high horse now at the minute; he wants to become a professional footballer.

“He says if he can't do that with Dungiven Celtic, he'll just go with Liverpool,” added Ronan.

The event was jointly run by Ulster GAA, the IFA and Ulster Rugby.
ADVERTISEMENT - CONTINUE READING BELOW