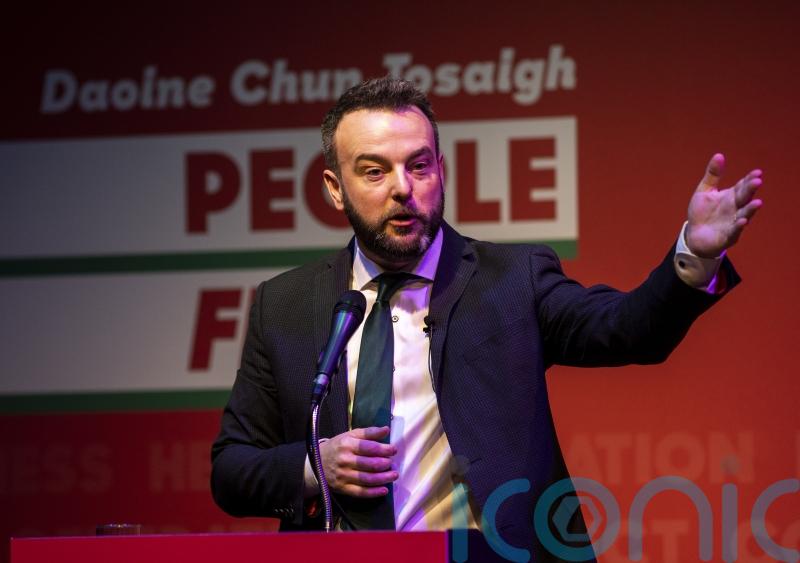 The Stormont Assembly election offers the chance to break the “cycle of crisis and collapse” perpetuated by the DUP and Sinn Fein, SDLP leader Colum Eastwood has said.

The Foyle MP told a gathering of SDLP faithful in Bellaghy, Co Derry that if the status quo is maintained after May’s election, Northern Ireland could be facing the prospect of a return to direct rule and Prime Minister Boris Johnson taking charge of running public services in the region. 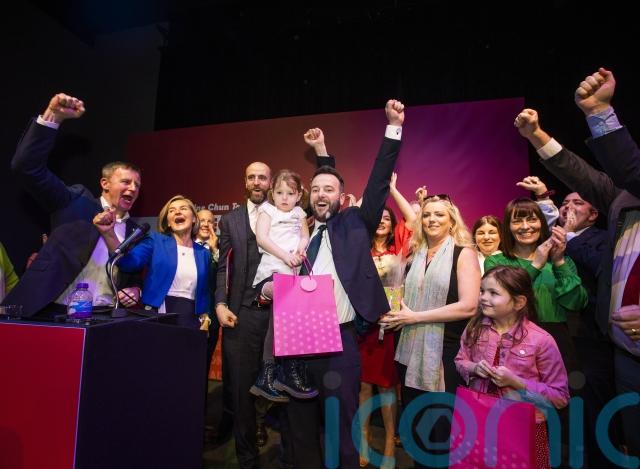 Mr Eastwood said the entire blame for the political crisis at Stormont lay with the DUP and its decision to collapse the Executive in protest over Brexit’s Northern Ireland Protocol.

The DUP move, which automatically removed Sinn Fein deputy First Minister Michelle O’Neill from office, means the Executive cannot meet or take significant decisions. Other ministers, such as the SDLP Infrastructure Minister Nichola Mallon, remain in post but only in shadow format.

Mr Eastwood said Sinn Fein was equally to blame for mis-governance in the region, given it pulled down the administration in 2017, leading to a three-year political vacuum.

In his speech at the Seamus Heaney Homeplace centre in the Co Derry village, the party leader said he felt “ashamed” at Stormont’s response to the cost-of-living crisis.

He also called for a six per cent pay rise for nurses and singled out Ulster Unionist Health Minister Robin Swann for praise for his handling of the pandemic, describing him as the “right man at the right time”. 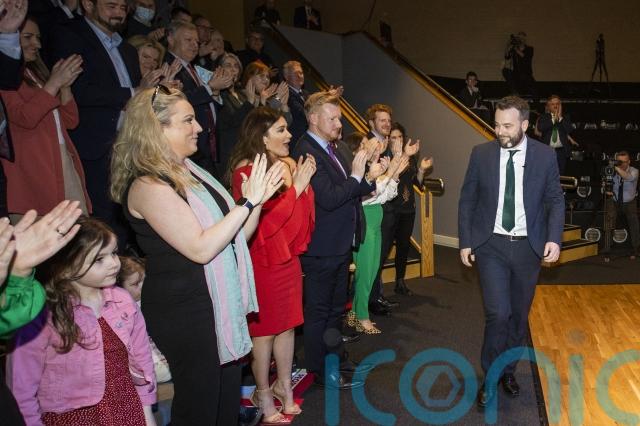 But the focus of the speech was the DUP/Sinn Fein record in government.

“If we keep doing things the same way, we can never hope to break the cycle of crisis and collapse that now deﬁnes Stormont,” he said.

“And while I have been very clear that the DUP are solely to blame for the last few months, Sinn Fein can’t escape from their responsibility for the failures of the last 15 years.

“People are fair minded, but they won’t be fooled.

“They haven’t forgotten that not so long ago they collapsed our government for three years.

Mr Eastwood warned that the UK Government could step in if Northern Ireland continued without a devolved government post-election.

“If the election comes in May, if nothing changes, if the same old patterns persist – then we should be crystal clear about the choice we will be making,” he said.

“We will be inviting a man like Boris Johnson in to run this place.

“Now I’ve had the misfortune of being up close and personal with Boris Johnson, Michael Gove and Jacob Rees-Mogg.

“Trust me – no matter your constitutional view – we really don’t want these people about the place – never mind running it.

“For the sake of everyone in this community – we just can’t let that happen.

“And I am conﬁdent that – come the election in May – our people will vote to ensure it doesn’t happen.”

Mr Eastwood said the collapse of the Executive meant Stormont ministers could not access an additional £300 million of funding allocated to the region in the coming financial year. He said that was hindering efforts to tackle the spiralling costs of living.

“We should know by now that hot tempers at Stormont don’t heat a single home,” he said. “But the truth is, our politics hasn’t responded, it hasn’t acted and it has failed people again. And I for one am deeply ashamed.

“Because it should shame every political leader that families have been so badly let down.

“It should – most of all – shame (DUP leader) Jeﬀrey Donaldson that he has refused to nominate a First Minister to deal with this emergency and release the £300 million that Stormont is sitting on.”

The party leader concluded with a rallying call to SDLP supporters ahead of the election.

“The truth is our people deserve more than the two terrible choices they have been stuck with for 15 years,” he said. “Our people deserve far better than a choice between bad government and no government. They deserve a new normal – a politics that puts people ﬁrst.”

Mr Eastwood was given a rousing reception at the end of his speech, with wife Rachael and children Rosa, six, and Maya, four, joining him on stage as he waved to delegates.