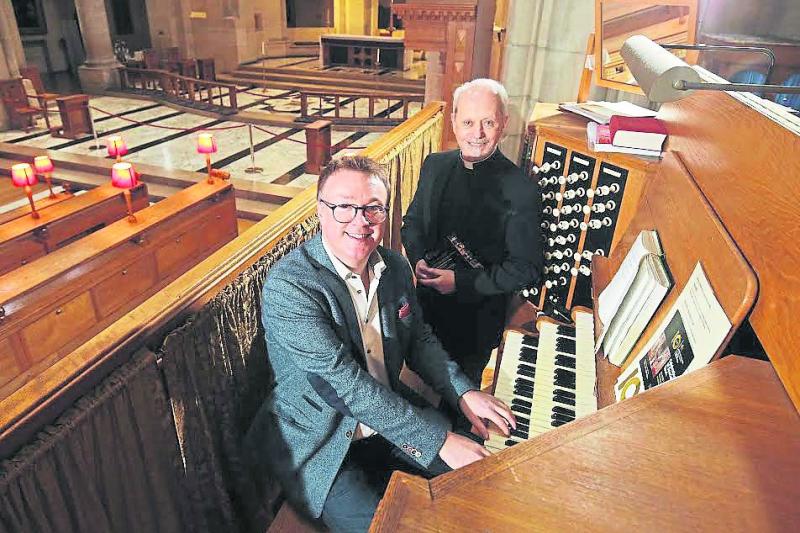 The organ at Christ Church in Derry is to be put through its paces as part of a simultaneous series of free lunchtime recitals, called Northern Ireland Resounds, to celebrate 10 years of the Northern Ireland International Organ Competition (NIIOC) at 1.15pm on Tuesday, 5th April next.

The Derry concert, alongside others in each of the North's six counties, will feature first prize winners from the last 10 years from Germany, Hungary and Russia as well as the UK.

The recitals are dedicated to the memory of the Lisburn organ builder the late David McElderry, former MD of Wells-Kennedy Partnership, who lovingly maintained the organs featured in the performances as well as Guildhall organ.

There will also be a gala recital at Belfast Cathedral on Wednesday, 6th April (7.30pm) featuring all ten of its first prize winners.
Another gala performance will take place at Southwark Cathedral, London on 28th March (7.30pm).

The Belfast Cathedral evening gala concert will be introduced by Fr Eugene O’Hagan of the singing group, The Priests.

Richard Gowers, senior prize winner in 2013, will also give the NI premiere of a work by Grace-Evangeline Mason, specially composed for NIIOC and the Commission for Victims and Survivors for Northern Ireland. It is dedicated to all those touched by the Northern Ireland 'Troubles.'

NIIOC stemmed from the demand of local organists who wanted to encourage, challenge and recognise the talents of young performers in a competitive environment.  It quickly established itself as one of the leading platforms internationally for committed young organists and rising talent.

Richard Yarr, founder and chair of NIIOC, said: ‘We are very proud that NIIOC has been a proper trailblazer, changing the organ landscape locally and internationally. Competitors from Australia, the US, China and all across Europe have come to the beautiful cathedral city of Armagh each August to perform in St. Patrick’s Church of Ireland Cathedral.

‘We’re thrilled to be celebrating our first ten years with these very special concerts featuring ten young organists who are such great ambassadors for the king of instruments and for our competition. NIIOC takes pride of place on their CVs and I know these events will offer something for everyone.”

Renowned conductor and organist Dr David Hill  is on the  judging panel every year and is also a competition patron.

Commenting on its development over the past decade, he said: ‘NIIOC has gained an increasing respect internationally as a competition to launch the careers of young organists.

“ I’m in awe of what has been achieved and by the level of playing we have listened to in the past ten years. What a fitting tribute to gather the illustrious prize winners as a way of celebrating ten outstanding competitions.”