The six-figure sum will go towards a second pitch for Eoghan Rua. 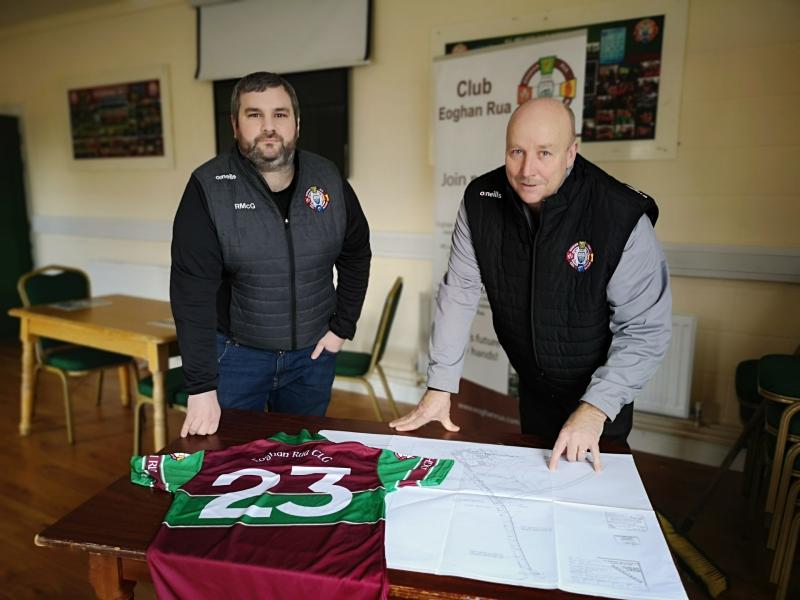 A County Derry GAA club have said a six-figure funding boost will be crucial in helping them cope with the demand posed by 'massively' increasing player numbers.

Eoghan Rua GAC were awarded £224,000 of funding from Causeway Coast and Glens Borough Council to help build a second pitch at their Agherton Lane home.

Secretary Brian Daly said the securing of the grant was a big step towards realising their plans, and said it had been a few years in the making.

“It's running now since before 2019. The idea was the development of the teams across all codes; the underage structures coming through, and of course all players,” he told the County Derry Post.

“We only have one pitch, and we'd normally use Loreto, or the University, or St Joe's at that stage, but to try and consolidate everyone on the one site, we decided to go for the funding.

“We were successful in 2019 in gaining this money, but Covid kicked in and all plans across the country came to an end.

“We had a small amendment to make to the plans and we've been dealing with the Council since August last year and the letter of approval came in last week.

“We'd hope to start working on site in July, and the plan is to get everything done and dusted by March 2023.”

Club chairperson and senior goalkeeper Ryan McGeough said the pitch would benefit the club's younger members in the long run.

“I'm lucky, I'm one of the younger ones who are going to benefit from this new pitch in years to come,” he joked.

“The club membership has been growing massively; we're up about 40% in the underage from last year. Richard Carey has been a big driving force since he retired.

The north coast club have been reacting to 'massive' demand on their facilities.

“He's out with the U6s there every Saturday morning and there are over 100 kids there. For us, that's never happened before, we've never been anywhere near those numbers.

“When you see that happening, and then other teams trying to train at the same time, the need for a second pitch is massive.

“We've 20 teams in action and we're a dual club. We play hurling and football, camogie and women's football, and to do it across the codes on one pitch has been tough.

“It's been a challenge; we've been lucky to have the University there and Loreto and places like that, but nothing beats playing at home.”

Brian Daly said that while the grant was welcome, there was still plenty of work to be done.

“We have some small reserves ourselves and we have to rely on a really good fundraising effort this year throughout the club,” he said.

“So there's a big request to all club members and all associated with the club; we're calling for a few pounds from you this year. Hopefully you'll all be very generous.”

In just under two decades, the pace of development at the Triangle area club has been rapid.

“In the space of 16 years, we'll have gone from playing on bogs at the University down beside the river to having two pitches and a club house,” he said.

“I'd like to acknowledge the previous committee. There was a big change last year and the office bearers stepped down; Gerry, Kevin and Paul.

“They started this process and we're coming in and taking all the glory at the end, but they're the ones who did all the work.

“There are a lot of people in the club who have put in a lot of time and effort to get us this far, and hopefully we'll be over the line and start building soon,” he added.