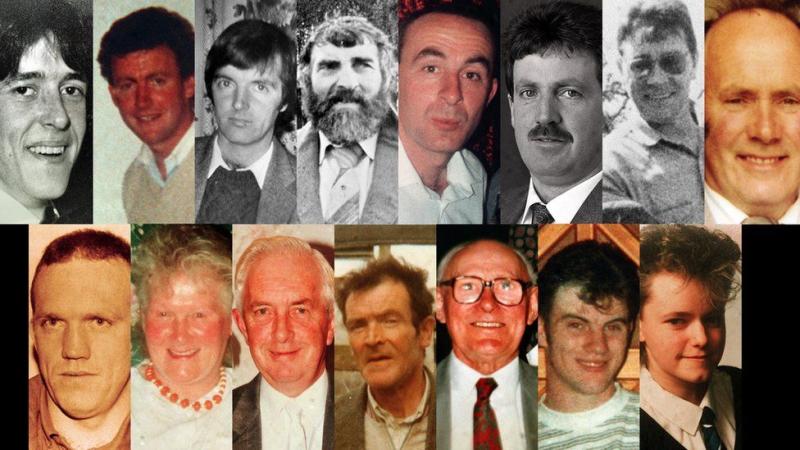 A County Derry councillor has said the report generated by Operation Greenwich has laid out the extent of what he referred to as 'state-sponsored murder'.

“We can see why the British government is wanting an amnesty for their state forces and to sweep their dirty truth under the carpet. It was state sponsored murder,” he said.

“My thoughts are with all the families of the 19 victims in the report in their long road to truth and justice.

“In the area of Kilrea which I represent, there where two murder victims -Tommy Donaghy and Danny Cassidy. Particular thoughts are with the Donaghy and Cassidy families.”

Party colleague and Mid Ulster MLA Emma Sheerin also paid tribute to the families, and said the report confirmed what many of the families already knew.

“The report indicates direct involvement of UDR members with loyalist groups, something that many people at the time would have taken as fact,” she said.

“The continued use of loyalist informants who were suspected to be directly involved in murder proves that, for RUC Special Branch in particular, nationalists were considered expendable.

“The families who have been left behind have done tremendous work in ensuring that their loved ones are remembered and that the truth of what happened to them is exposed.”

“This report however does not go far enough, still suggesting it is difficult to confirm loss of life could have been avoided had collusion not taken place,” she said.

Gerry McEldowney is the sole survivor of the Castlerock massacre.

“The families, friends and neighbours of those who were murdered as a result of collusion have fought for justice for approximately thirty years.

“Those responsible for these murders must be brought to justice,” she added.

East Derry MLA Cara Hunter said the report would have brought back painful memories for the families.

“I hope the report will bring some comfort that what many of them already knew about their loved ones’ deaths has been confirmed to the public,” she said.

“The Greysteel Massacre was one of the worst atrocities of the entire Troubles and still casts a shadow over the village today.

“It’s to the credit of all the people who live there that they have not allowed themselves to be defined by it and continue to be a thriving and welcoming community.”