Reports of the event were also recorded in Fermanagh and Scotland. 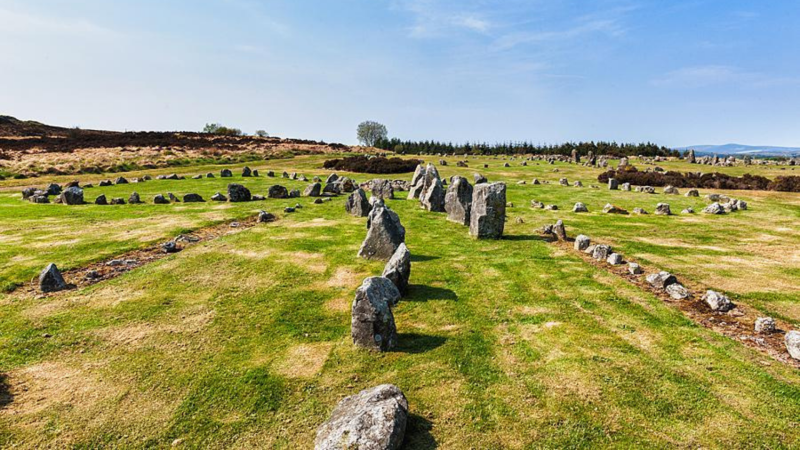 The fireball was observed from Beaghmore Stone Circles between Draperstown and Cookstown.

A local stargazer has described how the experience of witnessing a blue fireball above a beauty spot near Draperstown had left him 'starstruck'.

Martin McManus, from Antrim town, spotted the meteor on January 3, after a series of fortunate circumstances meant he was in the right place at the right time; Beaghmore stone circles.

“I have, like many people over the years, been very interested in them [meteors], but never got to see them properly until recently,” he told the County Derry Post.

“In December we usually got our winter sleeping bags to keep us warm to go out and take in a big shower on December 12/13.

“But that night, a cloak of fog came down and never left until Christmas, all around the area and Mid Ulster. We saw nothing.

“Coming up to January 3 there on Monday night, we weren't too hopeful. I've a friend here, Sean O'Neill who I convinced to give it a go.”

That night, Martin had to leave his son-in-law to Ardboe, and after taking a detour through Cookstown on the way home, noticed the conditions were perfect for viewing the sky.

“I dropped him off in Ardboe and headed into Cookstown, and when I got to the other side towards Beaghmore, I looked to my right and got the shock of my life,” he said.

“There was a full Christmas card scene; stars all over the sky. I rang my friend, and he was an hour behind me getting over.

“I made my way to Beaghmore and as soon as I got out of the car, I was picking up the peak of the shower. I saw seven meteors in five minutes.”

As he settled in to watch the shower, he spotted a meteor he said was around 'the size of the moon'.

“I got my bag and my lounger out, saw down at 9.54 and bang. A big blue fireball came right across the Starry Plough. It was like a big teardrop with a tail.

“It just takes the breath out of you. I was at the top of the hill, on my own, in the middle of seven ancient stone circles. You couldn't get a spookier place.

“My friend eventually arrived, but I was totally starstruck. You have cameras recording these; NASA and the European Space Station have them all over the UK and Ireland.

“You can equate it to about the size of the moon. There were flames behind it going right past the Starry Plough.

“I was there with the hair on the back of my neck. It appeared to be right above my head, it seemed that close. I was looking at the Starry Plough, and it looked like it came out of it.”

Martin contacted the UK Meteor Network, who have a series of cameras around the UK, and was delighted to discover the meteor had been sighted by others at the same time.

Another report on the UK Meteor Network website linked to the same event was received from Scotland, while in Magheraveely, County Fermanagh, another local man reported seeing the fireball.

“It was the most incredible thing I've ever seen, I couldn't believe I saw it,” said his report.

“It moved down to the left. Just appeared from nowhere, a big streak for about 2-3 seconds.”

Martin said the area of the Sperrins around Beaghmore is perfect for skygazing, and is close to the Davagh Dark Skies centre purposely built for exactly that.

“There is an ancient group of stone circles there, and the funny thing is, that's what they were built for 4,000 years ago; to view the very things we are viewing today,” he said.

“They're in a glacial valley, and right beside it they built a £1.5 million sky park. The whole area is opening up, hopefully not for the worse because light pollution would kill it.

“I was a wee bit spooked, and if it can have that effect on us, what would it have been like thousands of years ago? They saw these things as godly, and they actually look like that,” he added.

For more information on astronomy and meteor activity, visit the Davagh Dark Sky website or the UK Meteor Network website.

The art work is part of a £1.7m three-council project.