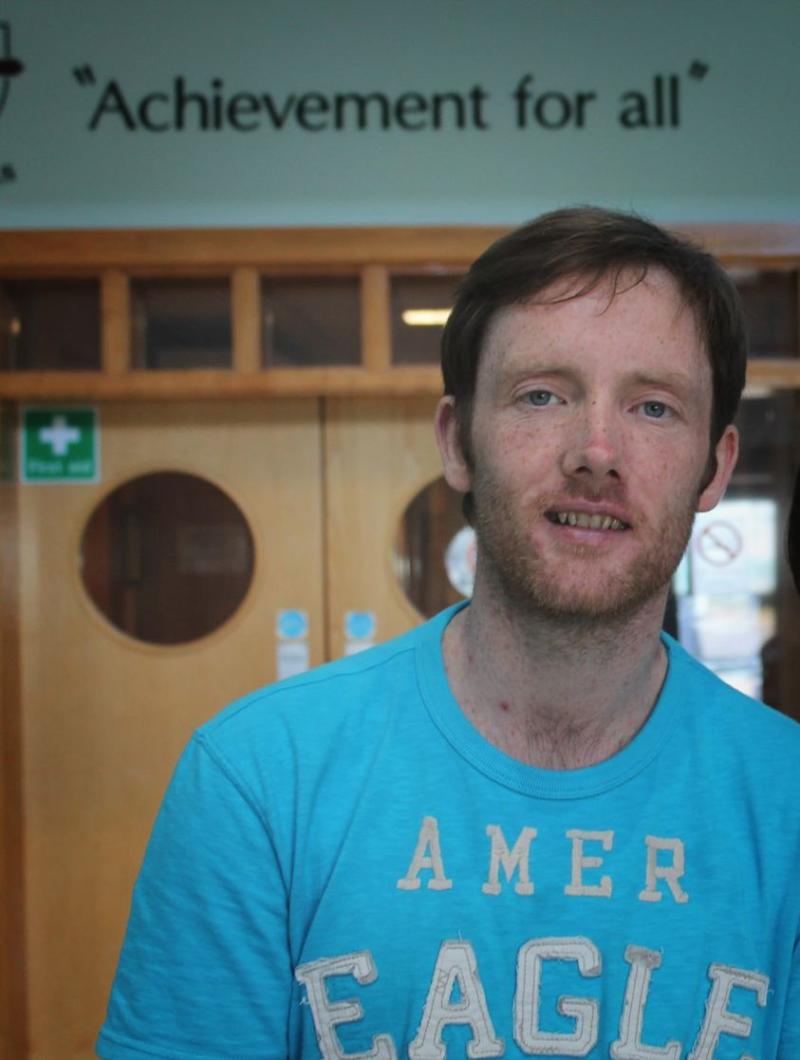 Sean O'Kane, who taught English and Drama at St Joseph's Boys' School has died after a period of illness.

Tributes have been paid to popular Derry teacher, Sean O'Kane, who has died following a period of illness.

Mr O'Kane was a former St Columb's College pupil. In 1998, he left the College to study for a BA degree in English at Queen's University in Belfast.

Upon completing his undergraduate studies, he stayed on at Queen's to gain a PGCE certificate in teaching.

He then went onto to teach both English and Drama at St Joseph's Boys' School in 2005 and the school itself paid tribute to him.

A spokesperson for the school said: “It is with the greatness sadness that we are informing you of the death of our most esteemed teacher and a very valued member of our English Department, Mr. Sean O'Kane RIP who passed away earlier today.

“We ask that you keep Mr. O'Kane in your thoughts and prayers and remember all that he has brought to St. Joseph's Boys' School as a teacher, mentor, football coach, drama teacher colleague and a dear friend to many staff.

“Mr. O'Kane was outstanding in his role and particularly his support to the boys both in and out of the class. He will be sorely missed by all our pupils, staff, Governors and the wider community that he was such a part of.

“We will remember Mr. O'Kane with great fondness and appreciation for the person and advocate for all St. Joseph's Boys, who have had the privilege of having him as their teacher, and for everything he brought to his role and to the school. May he rest in peace.”

Also paying tribute were Long Tower Catholic Church who put up a tribute to Sean on their Facebook page.

They wrote: “We offer our deepest sympathy to the O'Kane family on the death of their son, Sean.

“Sean, a former pupil of Long Tower Primary School and St Columb's College Derry, was a teacher of English and Drama in St Joseph's Boys' School. As well as being an excellent and dedicated teacher, Sean was a major facilitator of extra-curricular activities in the school, particularly football, in which he coached many successful teams.

“He regularly organised school trips to watch his beloved Glasgow Celtic football club play. He also played a leading role in organizing school shows. Sean was truly passionate about the educational and spiritual welfare of young people and he lived out Gospel values in all that he did.

“He will be greatly missed, not only by his family, but by all those whose lives he touched. May he rest peacefully in God's embrace.”

Also paying tribute to Sean was Tristar Boys Football Club where he used to volunteer as a coach.

The club said: “Sean, amongst other things, was a former Coach at Tristar FC where he took our 2003 Squad for a number of years before moving in to Coach at Derry Colts and other teams.

“The thing that always stood out with Sean, was his way with the kids, always making them feel welcome and safe in the environment they were in, as this picture of Sean and the boys shows.

“This then fed on to the parents, who if asked, would reiterate this. A kind hearted, loving guy, who was always there for others, a true gentleman.

“He will be greatly missed, not only by his family, but by all those whose lives he touched, within the Tristar FC family and much much further.”

A funeral service will be held for Sean at Long Tower church on Monday, January 10 at 11am. The church asks that those attending adhere to social distancing guidelines.