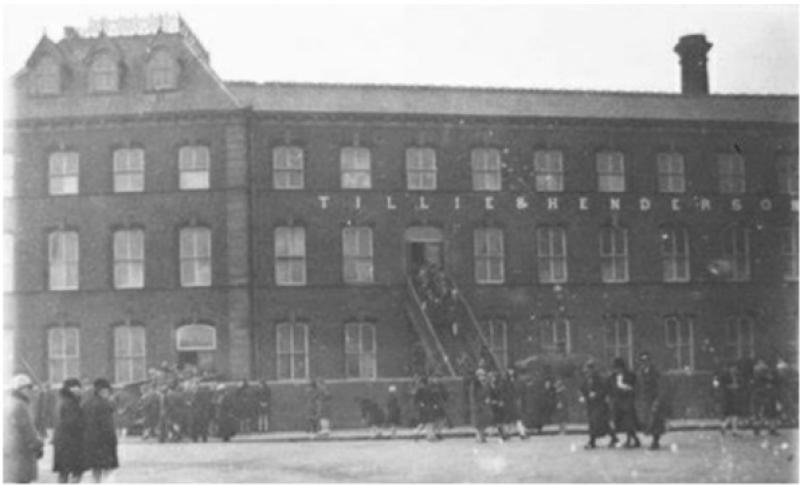 The former Tillie and Henderson factory in its heyday. The building was destroyed in a fire back in 2003.

Plans for a new major development on the site – situated on the Foyle and Abercorn Roads – were given the green light at the monthly meeting of Derry City & Strabane District Council's Planning Committee.

The new development, which will be located at the cityside end of the Craigavon Bridge overlooking the River Foyle, will comprise of 131 modern apartments, and the development will also feature a number of other facilities including a café, library, hair salon and gym.

In a report recommending the approval of full planning permission, members of the Council were informed that 44 parking spaces would also be available on site, as well as communal amenity space for residents.

The former listed factory building was demolished in 2003 after it was destroyed by a fire and has lain derelict for years.

With the development set to take place, Mr Delargy, hoped that with constant dialogue, any inconvenience to local residents resulting from the construction work could be mitigated.

He said: “This is a key landmark site at the entrance to our city centre which has been lying vacant for many years.

“It vitally important with a building project of this size that there will be ongoing engagement with local residents and Foyle Valley House during all phases of its construction.

“Councillor Patricia Logue and I will be organising meetings between the developer and residents in coming weeks to ensure that this happens.”

Other parts of the redevelopment proposals include the recreation of the staircase that once linked the Tillie and Henderson building to the Craigavon Bridge.

Listed Building Consent was given for the connection of metal stairs to existing gates on the listed Craigavon Bridge.

The stairs, while not functional, will serve as a platform to pay homage to the Factory Girls and will feature sculptures of the former workers who used the staircase to access the pedestrian gate situated on the Craigavon Bridge, which will also be refurbished. 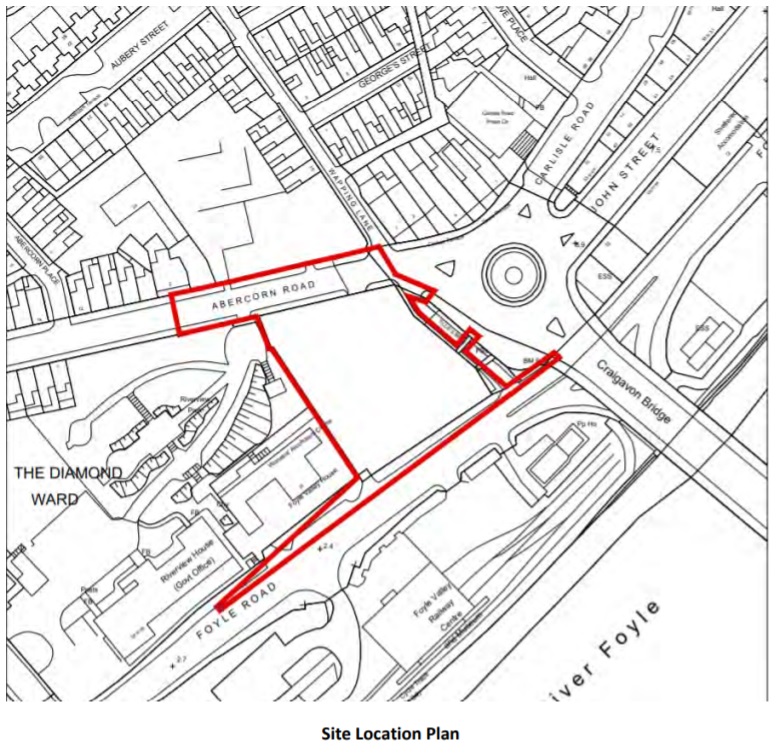 Speaking after the meeting, Chair of the Planning Committee, Alliance Party councillor, Philip McKinney, said proposals for developing the site were positive.

He added: “The Tillie and Henderson site has been lying vacant for too long, and I welcome the fact that this prime location at the gateway to the city will no longer sit empty.

“The site is ideally located for city centre living, with access to shops and restaurants, and this will bring more business into our city centre.

“The Transport Hub is also located nearby making it accessible for anyone travelling for work.

“The historic Tillie and Henderson building commanded beautiful views over the Foyle, and was a proud landmark for anyone visiting the city.

“I'm pleased that the brick façade of the new apartment building, and the reinstatement of the staircase feature, will reflect the former shirt factory design.