Eastwood: We have ten days to save the climate

The SDLP leader will bring legislation to Westminster next Friday. 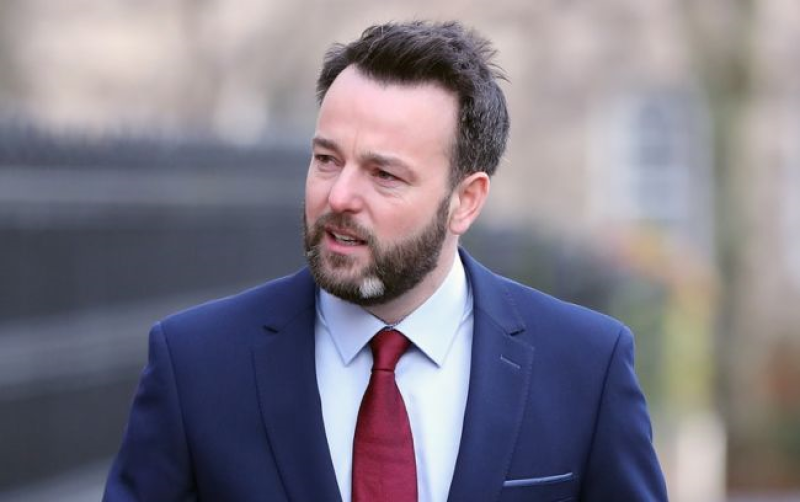 Colum Eastwood has said political leaders have just ten days to save the climate.

The SDLP leader will bring legislation to the House of Commons next Friday (December 10) and has urged members to support it.

The Foyle MP will formally move the second reading of his Climate Emergency and Green Jobs Bill which aims to bring forward the date by which the British Government must achieve net-zero emissions to 2045.

Climate Change is the greatest threat our world faces, and we have ten days to legislate to save our planet. On 10th Dec, I’m bringing my Climate Change Bill to the Commons with progressive ideas to do our part to arrest the slide into climate catastrophe. #ClimateChangeBill2021 pic.twitter.com/R1DOeS18u7

The Bill also places a duty on Government Ministers to bring forward proposals for a corporate green levy on large businesses to resource climate action.

Eastwood said global leaders have 'failed to grasp' the chance to take action on climate change.

“Over the last number of months, senior British Government Ministers have been at pains to establish their green credentials ahead of and during the COP26 conference in Glasgow," he said.

"While global leaders failed to grasp the real opportunity to take the bold action needed to prevent climate breakdown, the commitments made over that fortnight were substantial.

"Now Conservative Ministers have the opportunity to prove that Glasgow wasn’t all hot air and grandstanding for the world’s media.

“The Bill I have produced alongside environmental leaders would signal a step change in this government’s attitude toward climate action and demonstrate that this is an emergency.

"I am proposing bringing forward the date by which net-zero emissions must be achieved to 2045, introducing the first legislative climate emergency declaration and seeking the introduction of a new corporate green levy recognising that the burden for paying for climate rehabilitation should fall on those companies that have done the most damage.

“Passing this Bill would be the first real demonstration that this government acknowledges that the house is on fire and we need to do something about it now.

"This legislation is radical because we cannot afford to be timid in the face of an emergency like this. I hope that political leaders will commit themselves to it in the days ahead.”