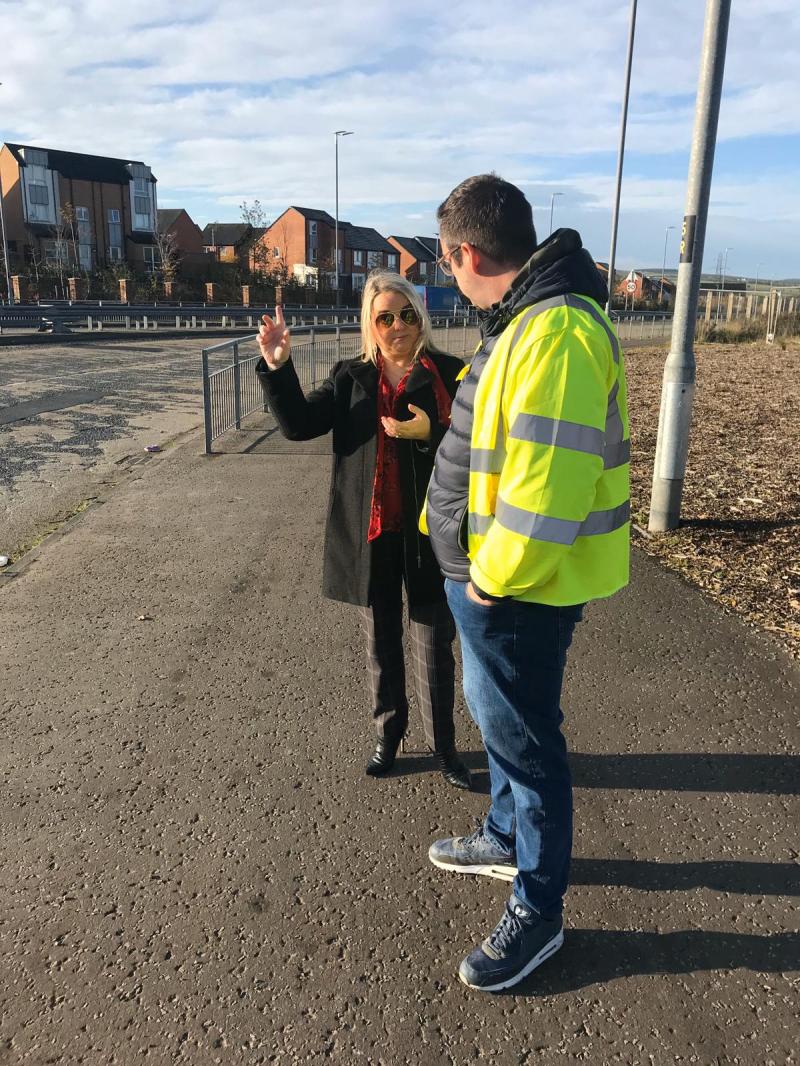 Sinn Féin Councillor Sandra Duffy has welcomed major repair work that has been undertaken to replace safety railings along the Skeoge Road.

Cllr Duffy, who represents the Ballyarnett ward, has long been involved in helping to make the road safe.

Back in September, Cllr Duffy successfully lobbied for a pedestrian crossing to be installed on the Skeoge Road to help ensure that residents wouldn't have to risk being knocked down by speeding motorists in order to get across safely.

Cllr Duffy, who has also contacted the Council requesting that the main roundabout there be planted out with flowers and vegetation, said the repaired railings would not only be a safety measure for residents but that the restored frames will remove the eyesore that were the damaged ones.

She said “I very much welcome the news that the Department for Infrastructure (DFI) has installed new safety railings at the Skeoge Road.

“Anyone travelling up or down this road on a daily basis would have seen a number of badly damaged railings and crash barriers.

“I have been liaising with DFI now for months in an effort to get these fixed not only as a safety measure for motorists and pedestrians, but they were also an eyesore on a busy route entering our city and linking into Donegal.

“I am also waiting on an update from the Council regarding having the roundabout there being planted outwith flowers and vegetation to make it more attractive.

“In the times ahead I will continue to pursue road safety issues in this area as a priority.”