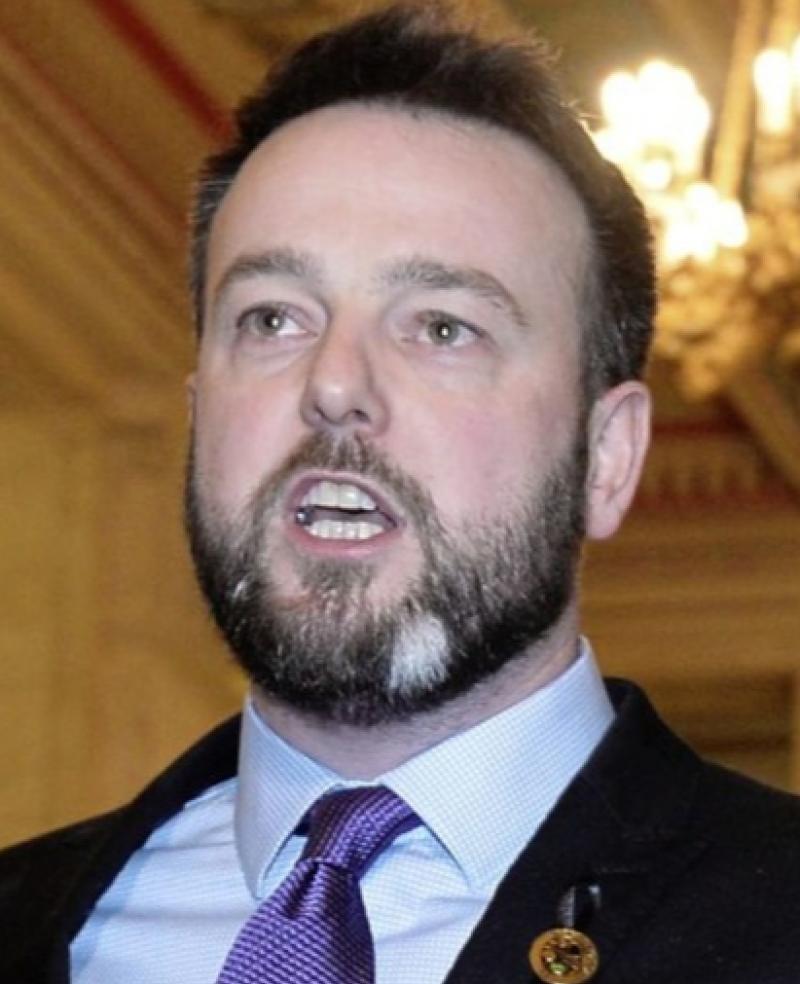 SDLP leader Colum Eastwood said ahead of the COP26 summit: "People need to get their heads out of the sand – the evidence of the worsening climate crisis is right before our eyes"

Foyle MP Colum Eastwood has urged world leaders to come together and agree a radical plan to tackle the climate crisis at COP26.

The SDLP leader was speaking ahead of travelling to Glasgow this week for the UN climate crisis conference.

Mr Eastwood said there was clear evidence from rising temperatures and climate events around the world that the climate crisis was worsening and urged world leaders to act before it’s too late.

He said: “The COP26 conference in Glasgow is a pivotal moment in our bid to tackle the climate crisis. This is no time for tinkering around the edges of the Paris Agreement.

“We need to get more than lip service from COP26, we need firm commitments from those with the power to enact change that they are ready to do what’s necessary to protect our environment.

“People need to get their heads out of the sand – the evidence of the worsening climate crisis is right before our eyes.

“We have seen temperatures rise and climate events across the world, including in our own backyard. Nowhere is exempt from the effects of the climate crisis.

“In the last year alone we’ve seen extensive flooding on our island, fires raging across the United States and Europe and record breaking heat in the Arctic.

“The SDLP will not be found wanting on this issue.

“I am currently bringing forward a Climate Change and Green Jobs Bill at Westminster which will force the British government to declare a climate emergency, bring forward the date to achieve net zero emissions, introduce a strategy to achieve new green jobs, guarantee a just transition and create a green corporate levy on large companies to help fund climate action.

“The SDLP is also supporting the cross-party Climate Change Bill currently working its way through the Assembly.

“For too long the climate crisis has been treated as some far-off future event, but it’s here now and it will impact all our lives.

“Tackling this problem won’t be easy, it will require sacrifices and changes to the way we live, but the alternative is unthinkable.

“We need to use COP26 as an opportunity to sit down and thrash out a plan to tackle the climate crisis once and for all.

“We need ambitious targets to bring down our emissions and safeguard our planet for future generations. Anything less will be catastrophic for humanity.”