SDLP leader's thoughts with families of both victim and accused 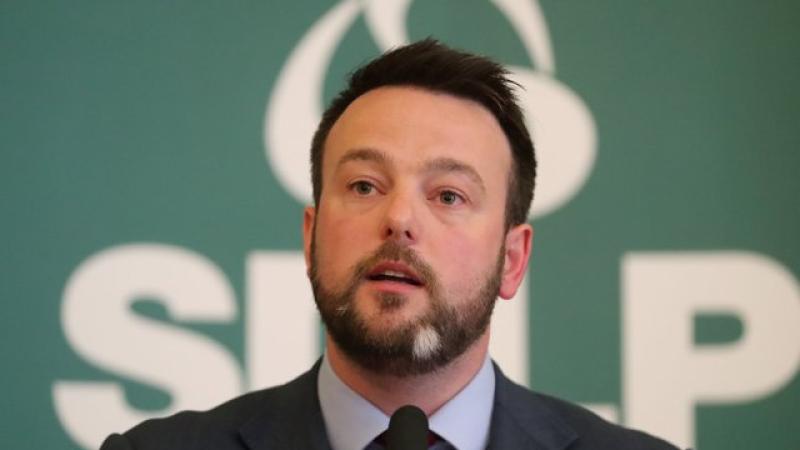 Foyle MP, Colum Eastwood, has said that legacy scars from the Troubles will not fully healed unless properly addressed by political leaders.

The SDLP leader was speaking following the death of former British Army soldier, Dennis Hutchings, who died from Covid, while his trial regarding the murder of John Pat Cunningham was ongoing.

Mr Cunningham of Co. Tyrone was killed in 1974 after being shot in the back as he ran away from an army patrol that Mr Hutchings was part of.

Mr Hutchings was charged four decades later for attempting to murder and cause grievous bodily harm to Mr Cunningham.

This comes on the back of the legacy case against Soldier F for what happened on Bloody Sunday in Derry 49 years ago being dropped – much to the anger of the victims' families.

Speaking after a meeting at Westminster with victims and survivors, Mr Eastwood said: “The failure to address the legacy of conflict in Ireland and Britain has had a devastating and lasting impact on families who have lost loved ones.

“The transgenerational trauma which has affected people and infected our politics has been fuelled by political cowardice. We need to deliver on the endless promises to secure truth, justice and accountability for victims and survivors.

“My thoughts today are with the family of John Pat Cunningham. A vulnerable man, unarmed and posing no threat to anyone, who was cruelly and needlessly shot and killed.

“Their campaign for justice and accountability has been arduous and I am so sorry they have not been able to get the closure they need and deserve.

“I also want to acknowledge the family of Denis Hutchings who have suffered the loss of a loved one. They, too, are grieving today.

“The failure of politicians to decisively address legacy has contributed to the pain that everyone feels on days like today.

“There is no victory for anyone in any of this. It is incumbent on all of us to find a better way.”

How many familiar faces will you recognise from the archives of the County Derry Post?