Harkin: Pay offer "a slap in the face" for Council workers 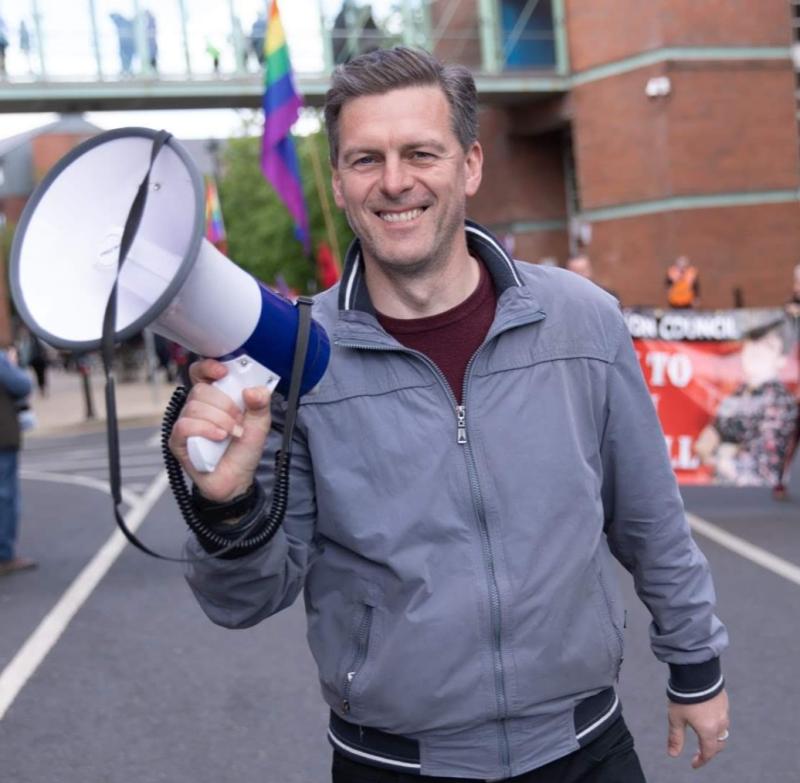 Cllr Harkin of People Before Profit said the Government offer of a 1.75 per cent pay offer was “a slap in the face for frontline workers”.

Members of the Unite and GMB trade unions voted by 81 per cent and 75 per cent respectively to reject the offer. Both are now consulting their members over whether or not to take industrial action.

If either or both unions vote to strike, Derry could see its council workers walk out and Cllr Harkin says they will have every right to do so.

He said: “Council workers rightly overwhelmingly rejected a government pay offer that amounted to a real terms pay cut and are rightly balloting for strike action.

“The pathetic offer was yet another slap in the face for frontline workers.

“This has put tremendous pressure on local service delivery and has meant rubbish isn't collected in some instances.

“I've spoken to local (Derry City & Strabane District) Council HGV drivers and they are being made similar offers. The solution is better pay and conditions.

“Trade unions representing Council workers carried out consultative ballots on the 1.75 per cent pay offer and it was angrily and overwhelmingly rejected.

“This should come as no surprise. The real value of Council workers pay has declined nearly 25 per cent since 2010.

“Inflation is running at nearly four per cent and new taxes will disproportionately burden workers and the least well-off.

“We are encouraging everyone to back the united trade union demand for a 10 per cent pay increase.

“Previously, the Derry and Strabane Council unanimously backed a People Before Profit motion committing the body to pledge its full support for the 10 per cent demand.

“Council workers and trade unions should make sure all the Executive parties who voted for this are held to it.

“Workers, whether they're in the public, private or community sectors, should no longer accept paltry treatment when billionaires are holding champagne parties to celebrate the vast new fortunes they made sitting on their yachts during the pandemic.”