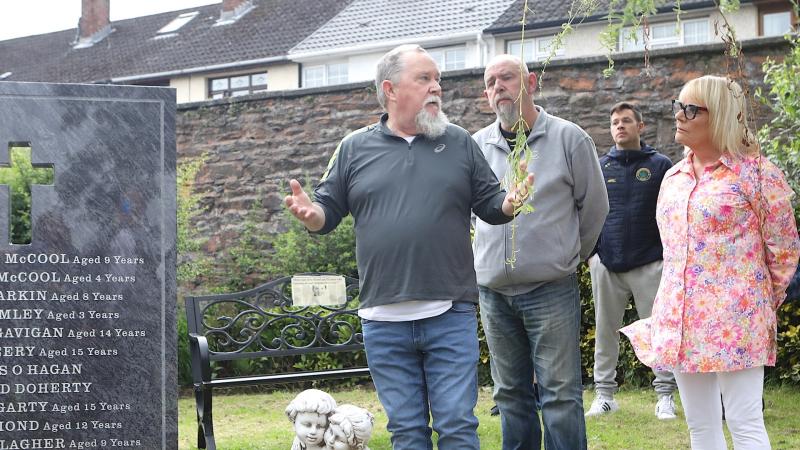 As the local community gathered for the unveiling of a memorial stone at the newly-opened Forever Young Memorial Garden in the Bogside, Helen Deery recalled the 2017 inquest which vindicated her brother, Manus.

Manus Deery (15) who was killed as he stood in an archway near a chip shop in Derry socialising with friends in May 1972.
Manus’ original inquest in 1973 returned an open verdict. However, in April 2017, the coroner at his second inquest ruled that a British soldier who killed the “totally innocent” teenager when he fired close to a crowd of youths was unjustified in discharging the fatal round.

Speaking to Derry Now, Helen said she had been “horrified” by a particular aspect of the evidence given by the British soldier, who was along with the late Private William Glasgow when he killed Manus. 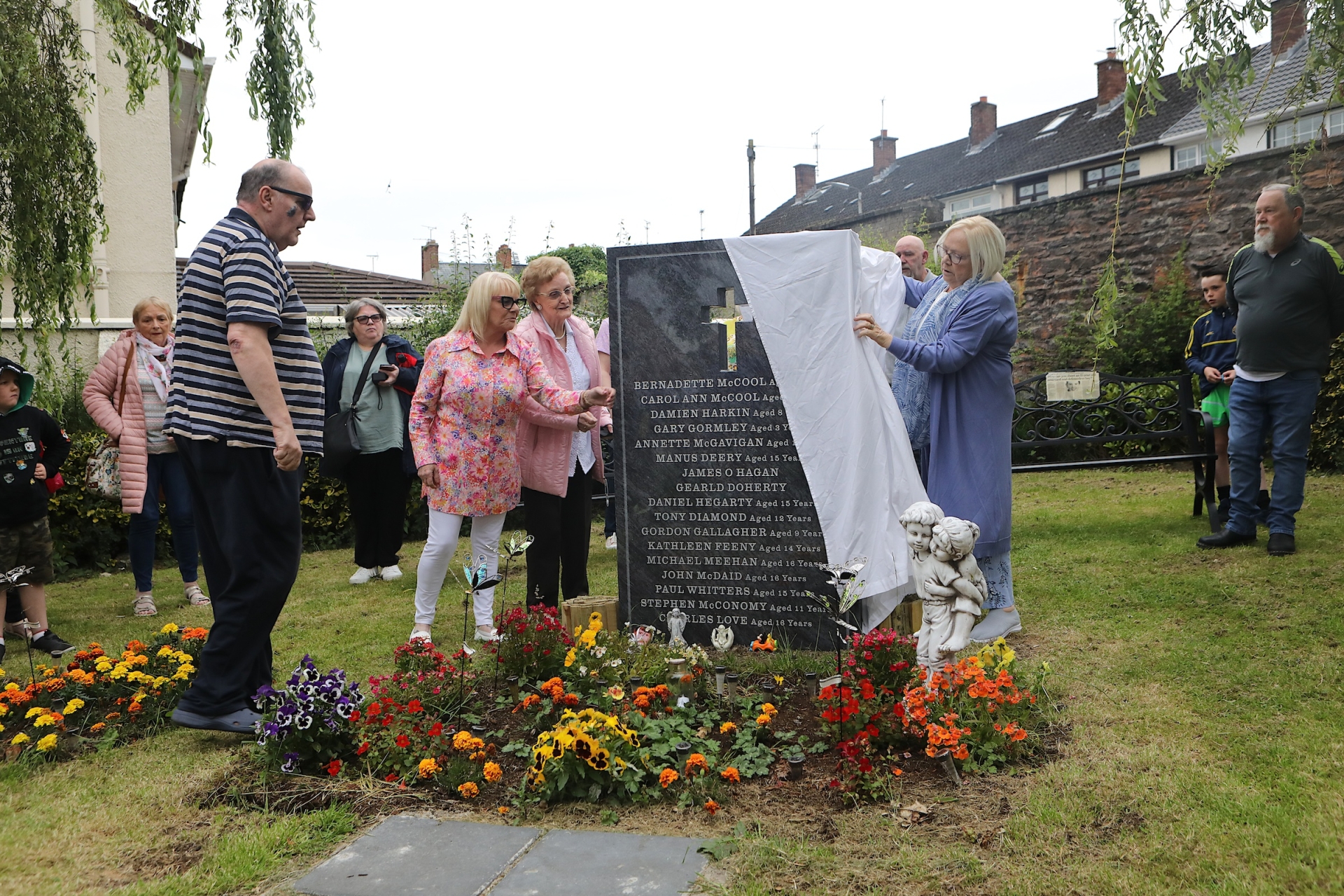 Helen said: “The soldier was asked why he asked his colleague to shoot Manus instead of doing it himself and he said his colleague was a better shot than him.

“The barrister asked him how he knew Private Glasgow was a better shot. He said it was because he [Glasgow] got a better wage than he did. He added: ‘We got a pay rise for every target we hit’ the soldier said. My brother was no more than a pay rise to a soldier, no more.

Helen said she “took the notion” to set up the garden a few months ago.

She added: “I gathered round a few friends, Margaret Hegarty [the sister of 15-year-old Daniel Hegarty who was murdered by a British soldier during Operation Motorman] and her husband, Hugh; May McGavigan, Annette McGavigan’s sister; Tommy Kelly and Kevin Hasson, the Bogside Artists, and Tony O’Hara.

“We gathered the funds to put the names on the memorial stone and the neighbours will maintain the garden.

“I grew up here and this wee green area has been here since I was a wane. I remember during the Battle of the Bogside in 1969 there was a makeshift Order of Malta hospital here,” said Helen.

Helen said she was “disgusted” by the current idea of British soldiers being given amnesties.

She said: “And I would not give them as little as two years or five years. They murdered children. Get them in and let them do their time.

“Although Manus was vindicated at his inquest and the coroner said he was killed unlawfully, we have hit a stone wall as regards legal aid. We cannot get it and we cannot afford barristers. We are looking for a way forward.”

The memorial stone was unveiled by Helen and Mrs Lily Harkin, the mother of Damian Harkin (8) who was crushed by a British Army lorry in the Bogside. His death was officially recorded as a traffic accident and Damien is not listed as a victim of the conflict in the north.

She added: “It was a great surprise. I did not know a lot about it until Helen came and told me about it. I am very pleased.

“Damian was killed just across the street there, at that gable wall, so it  is nice to have the garden here.”

The ceremony concluded with Amy Barr reading aloud the names on the stone; a minute’s silence; and a few words from both Tommy Kelly and Kevin Hasson. Those gathered then listened to ‘Forever Young’ by Bob Dylan.