CLAUDY BOMBING: 'An open sore that will not heal' says victim's grandson

James Miller is the grandson of David, who died in the bombing. 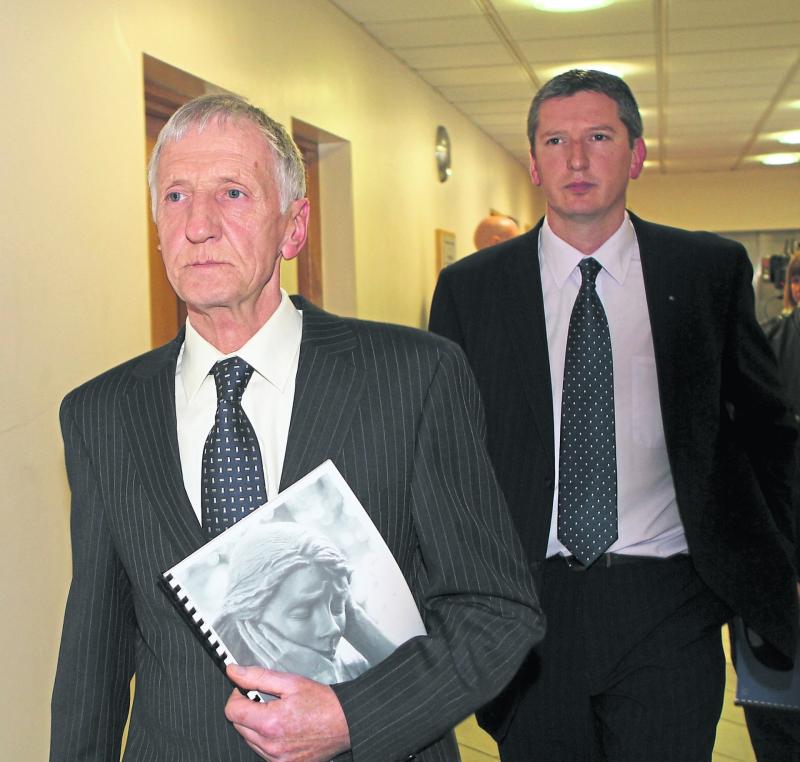 The late Gordon Millar and his son James Millar pictured in 2010 at the release of the Police Ombudsman's report into the Claudy bombing. Photo by Tom Heaney/nwpresspics.

The grandson of David Miller, killed when three bombs went off in Claudy in 1972, has said the family is now facing transgenerational trauma as a result that fatal July day 50 years ago.

Speaking to the County Derry Post, James Miller said this is the first big anniversary since the death of his father four years ago, and it makes this anniversary all the more significant.

“At this time of year we just find that the whole family is on edge a bit, waiting for the memorial to come up. This is the first big anniversary event since my father passed away.

“He died in 2018 and he was the one who started all this to try and get truth and justice for Claudy. Unfortunately he didn't see it.”

James is the son of Gordon Miller, who was one of three children of the late David Miller, who died aged 60 the day of the three bombs in Claudy.

“David had three children, Jean, Derek and my dad Gordon. They have all passed away now. That whole generation is gone and there will be no conclusion for them.

“It does take it out of you, I'm not going to lie. It is emotionally exhausting.

“My dad started up a Claudy group years ago and then I had been going to the meetings with him, and then I suppose I got into it. Now my two daughters are asking me about Claudy. 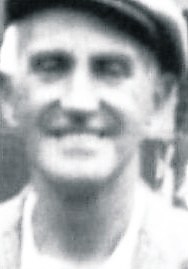 The late David Miller who died in the Claudy bombings.

“It wasn't everybody now, but that is hard to come to terms with. Who do you have faith in? You ask questions and the authorities let you down and then you ask yourself who do you turn to?” said James.

The search for justice has been at the forefront of the minds of James Miller and his late father Gordon for many years.

“We have been attending meetings for 30 or 40 years now, and met different police, chief inspectors, government officials, and everything has been 'buried'.

“Then we took legal advice and three of the families took legal action against the NIO, the PSNI and against the Catholic Church. The case against the church is continuing and well hopefully next year it will be set down to be heard at court. 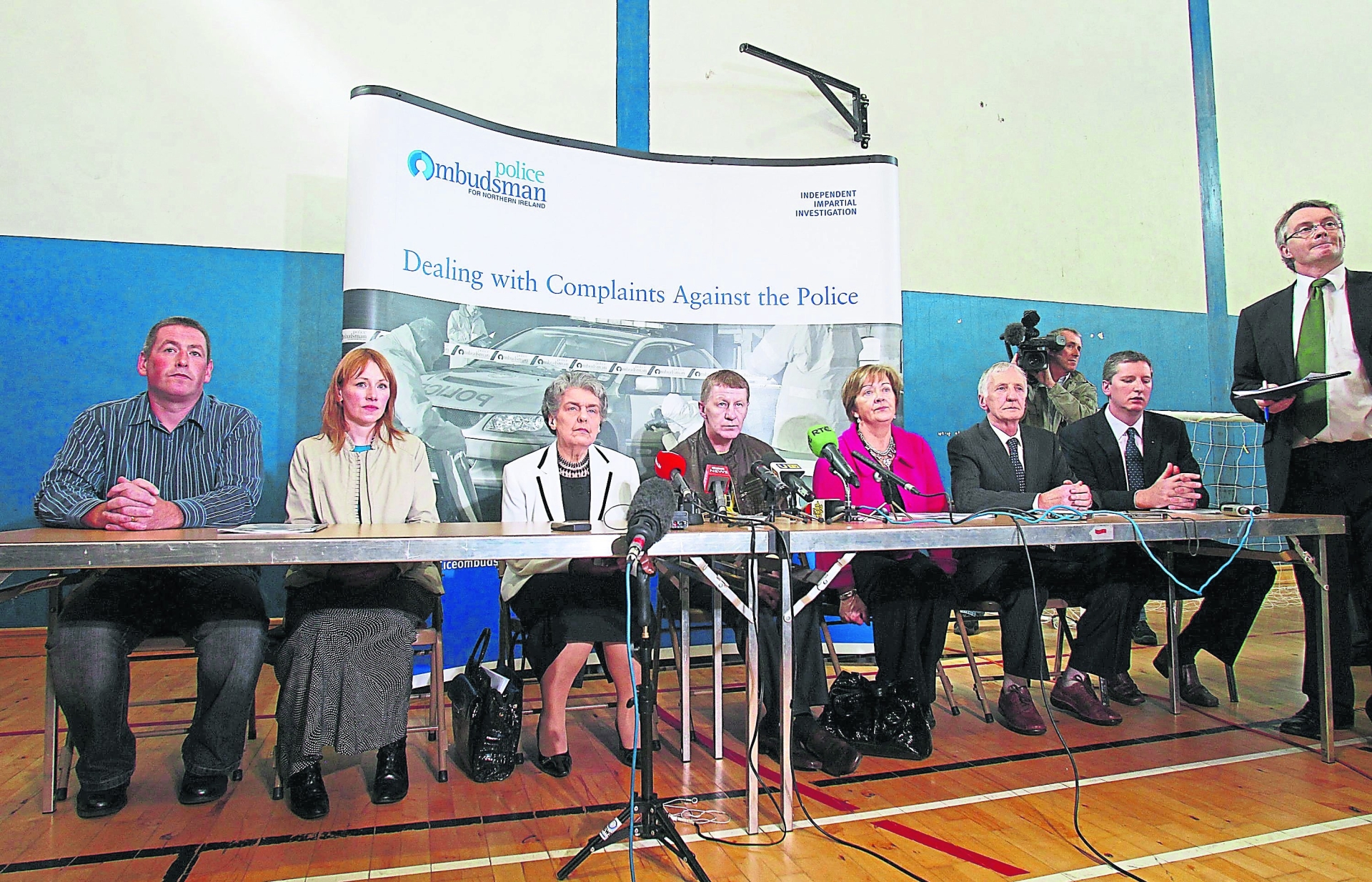 Victims and relatives of those affected by the Claudy bombing pictured in 2010 when the Police Ombudsman's report into the atrocity was published. Photo: Julien Behal/PA

“It is important that I say this – we didn't want this. We don't want to be going to court but it's the only way that we could get information.

"For example police were attending meetings for three or four years and we kept asking for the documents or information and they kept telling us that they were lost, they were burnt in a fire, they were asbestos damaged.

“But whenever we got the legal team involved then miraculously there were 18 boxes of documents that were made available.

“That's only a small example of some of the stuff that has went on. You just think how they sat there in front of us for three or four years and just told us lies. There is no accountability for that,” continued James.

“We have got quite a lot of documentation now and it's a matter of sitting down now and putting it together. The police and NIO sort of held their hands up to what they did in terms of a failed investigation.

“The problem with the NIO is that there was agents at work here. Some of the alleged bombers were agents.

“We have got some truth, but I believe we will never get justice. The real issue that hurts our family the most is that there were individuals who were allegedly involved who got away, who went to America and places and are now back in the south.

“We have asked numerous times for them to be extradited to the North or to be questioned at least. There is no will to do that,” said James. 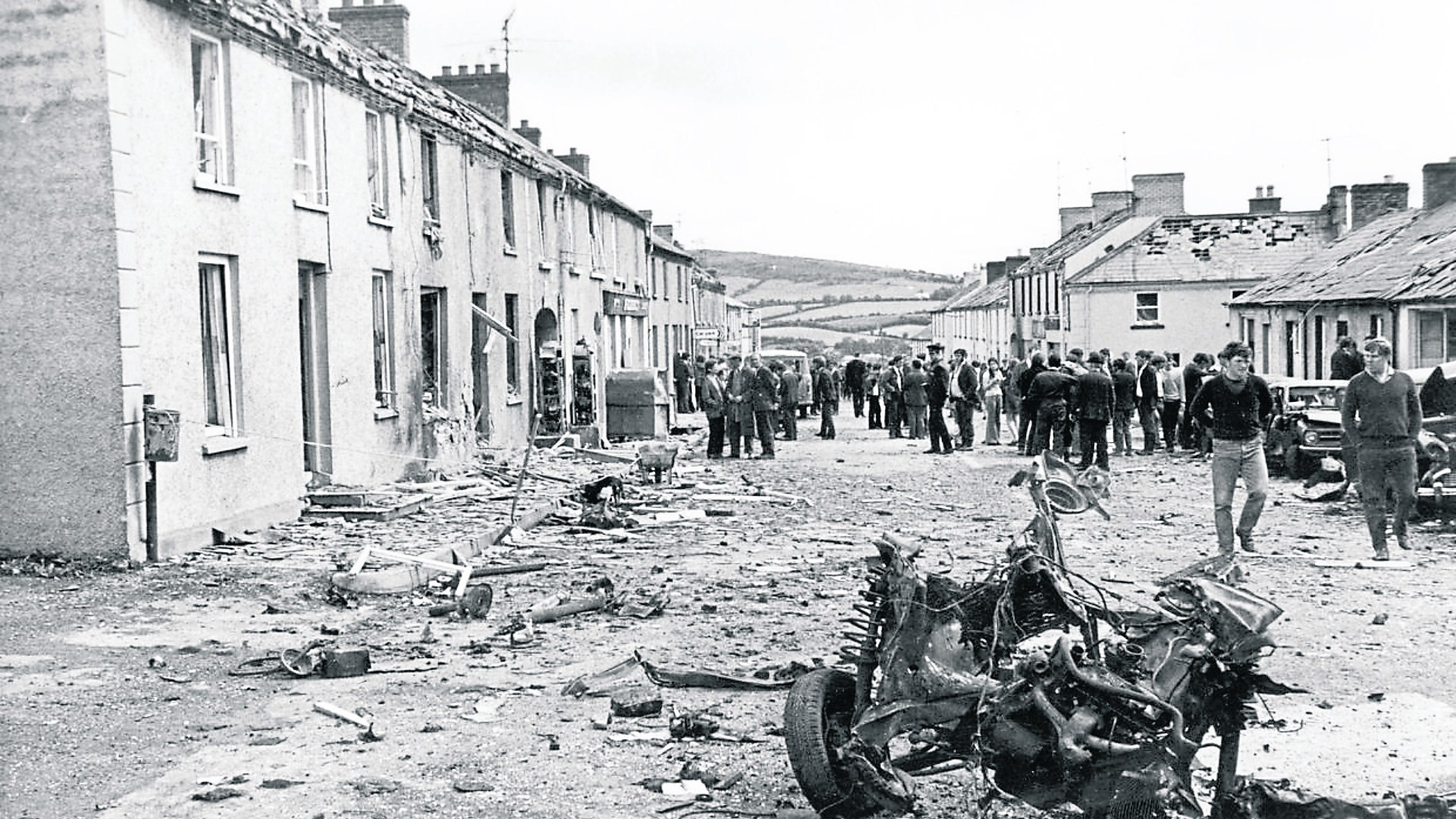 Controversial legislation aimed at ending Troubles legacy prosecutions has passed its stages in the House of Commons, despite ongoing political opposition.

Three of the families of victims from the Claudy bombings have previously settled legal action against the police and Northern Ireland Office.

The Police Service of Northern Ireland (PSNI) and Northern Ireland Office (NIO) agreed confidential settlements without an admission of liability. Legal proceedings against the Catholic Dioceses of Derry remain unresolved and will procced next year.

“We got our case through the court doors before this new legislation kicked in. Our case against the Catholic Church is a separate issue because the Church isn't a government body so that will go ahead.

“In terms of the proposed legacy legislation - it is shocking what the government are doing in terms of all atrocities.

“They are just closing the whole process down. I believe personally they are closing this all down for a reason. There are a lot of atrocities including our own, where a lot of stuff may come out that will make the government look bad.

“Despite the cost element financially, there is also the cost of them letting the information get out there because it will damage them as a government and as a country. There is no question about this.

“I call it a dirty war. Some of the things that people got up to on both sides is absolutely scandalous and that was done with the knowledge of the government. The whole thing is rotten.

Through the case already taken through the court the families have been able to view information previously kept from them.

“We have got piecemeal information now. We know who the bomb makers were. We know where they were made – you know we have information and knowledge in that degree.

“But I describe it as the family having a sore, and that sore is there all the time – it's open and we just want that sore to heal.

CLAUDY BOMBING: Horror and devastation will never be forgotten

Artie Hone's widow Anne has spoken out on the horror of the day.

“I just want this now to move forward. The last thing I want is for it to affect my children's life. It destroyed my father's life. It ruined him.

“He was a good man, honest and hard working and quiet and 'Claudy' destroyed him. He became an alcoholic, he had mental health issues. That then affected our lives as his children.

“We saw that growing up. It was only in his later life, five or six years before he died, that he got counseling. That's when it all came out how it was Claudy that affected him.”