CLAUDY BOMBING: Horror and devastation will never be forgotten

Artie Hone's widow Anne has spoken out on the horror of the day. 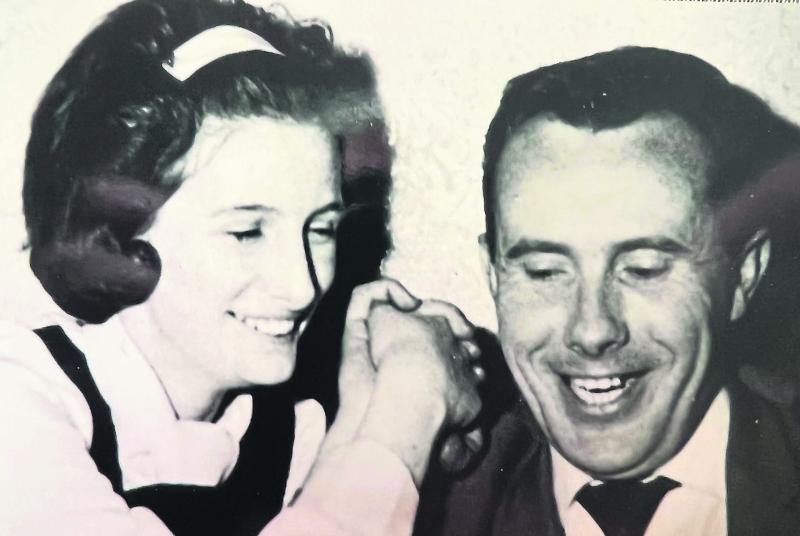 Anne met Artie, a talented violinist, while she was an Irish dancer.

A County Derry woman who was widowed at the age of 28 after her husband died from injuries he sustained in the Claudy bombing says she will never forget the horror and devastation she witnessed on that day.

Artie Hone, an insurance collector, was seriously injured when the first bomb went off in Claudy. He died in hospital 12 days later.

On what should have been a normal working day for the popular 38 year-old, the British Army also began 'Operation Motorman'.

The operation took place in the early hours of July 31, 1972 with troops moving into 'no-go areas' in Belfast, Derry and other large towns.

At that time, the father-of-two was working in Derry's Bogside, however when word came through that the bridge was closed off, he decided to go down into the village to make a phone call to his employers to inform them he couldn't get into work.

As Artie, a talented musician who played in a band at Dungiven Castle, scooped up his daughter Michelle, then aged four, and placed her in the car, his wife Anne asked him to call into McElhinney's shop on the way back to buy some mince for dinner.

When Artie was making his way back from the shop to get into the car, the first bomb went off. 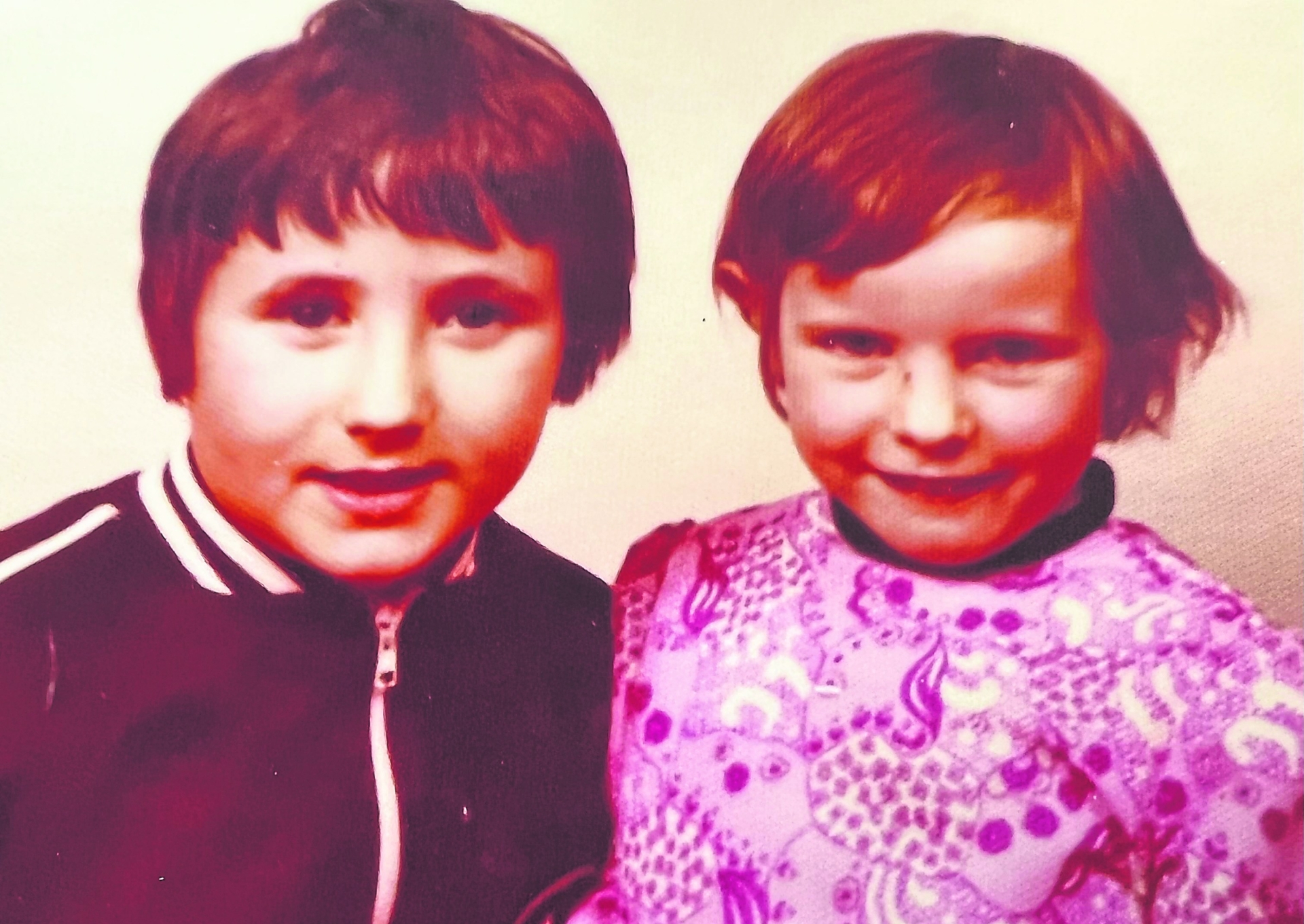 Michelle (pictured right) with older brother Paul was in her father's car when the first bomb went off.

Recalling the terror she felt after hearing the explosion from their home at the top of the brae on Claudy's Main Street, Anne and her six year-old son Paul made their way on foot down the street towards the carnage.

“I was here in the house when it went off and I thought 'that's a bomb',” said Anne, who met Artie while he was playing violin and she was an Irish dancer.

“I took Paul with me and I ran down the street. I left Paul at the intermediate school and told him to stand there. I ran on down and I met the local headmaster just at the entrance to what we call the cow market square.

"He wouldn't let me go down the street. I think he knew that Artie was very badly injured. I stood there and then some woman came along carrying Michelle.

"Brendan Burns came back to tell me that Artie was badly injured and that he was going to hospital. He wouldn't let me down because it was all head injuries that he had.”

Holding Michelle tightly in her arms, a frantic Anne made her way towards the cow market where moments later a second bomb went off.

A large piece of debris from the vehicle which had exploded just seconds earlier narrowly missed the pair, landing at their feet.

“There was so much panic,” continued Anne.

“The street was covered in glass and rubble and there was black smoke everywhere – it was surreal.”

Concerned for the safety of her son, Anne attempted to make her way back towards the school where she had left Paul.

“I remember when the second explosion went off and all I could think of was 'how am I going to get back up home and up to Paul?' I knew I couldn't get back up by Eakin's Garage as that was on the Main Street and there was a bomb there," she said.

"I went over by the chapel grounds, the old school and the parochial house was there at that time. I went up by there and Paul was still standing there. 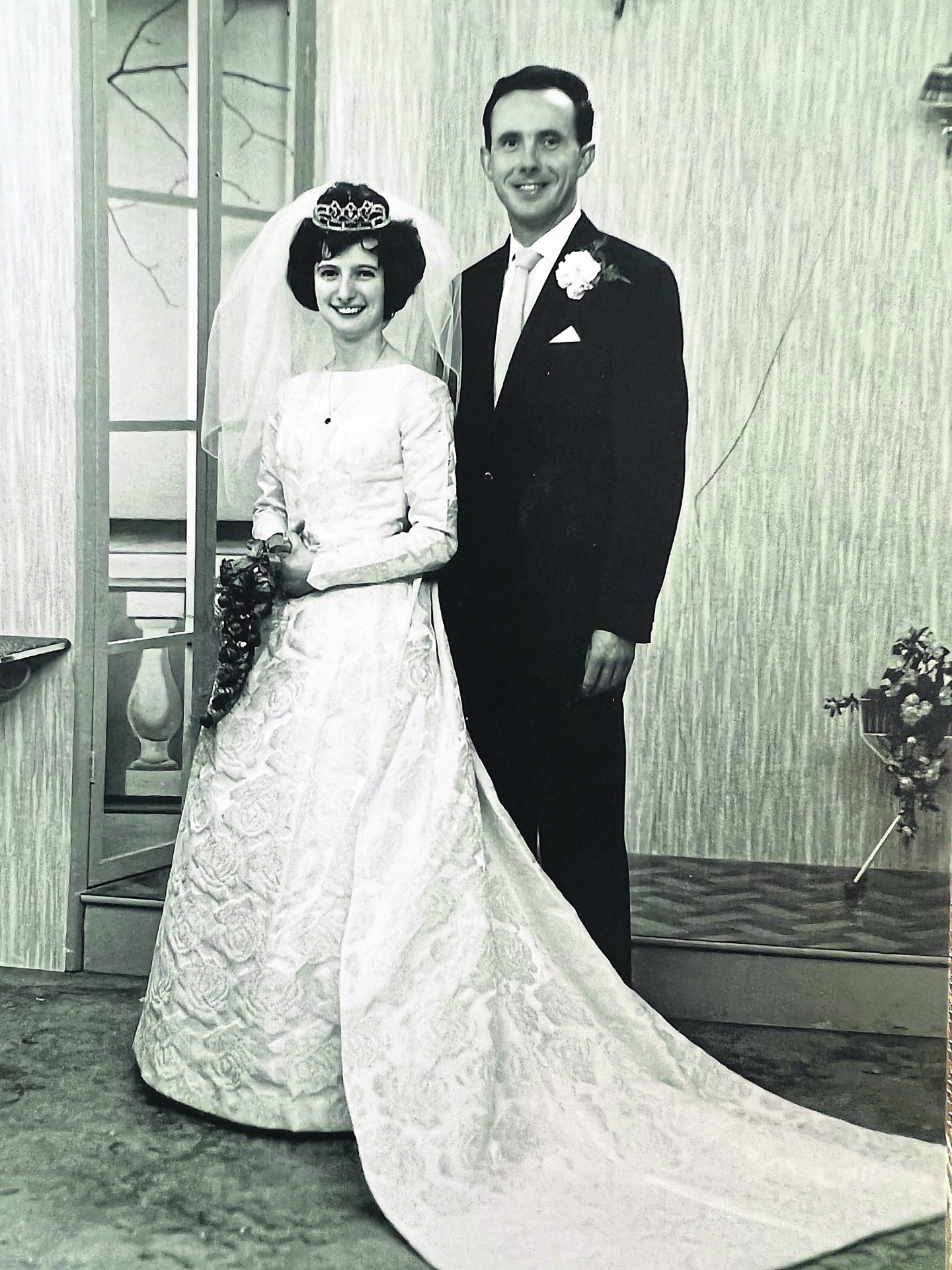 Artie and Anne pictured on their wedding day.

"I was so relieved to get to the house and then my father just appeared at the door. He was actually coming into Claudy from Park that morning but he wasn't there when the bomb went off.”

Remarkably, Michelle just sustained a small cut behind her ear and her dress was covered in glass after the roof of the car caved in on her.

Artie, meanwhile, was taken by ambulance to Altnagelvin Hospital.

“My uncle Fr McGaughey was a priest in the Longtower at that time. My father phoned him to tell him what happened and he said 'don't come into the hospital until four o'clock because Artie is away to theatre',” said Anne.

“We did go in at four o'clock and I didn't recognise him. His face was swollen, his head was all covered in bandages. I spoke to him and he definitely did move his hand at that time but 12 days later he was gone.

"He never improved any. I think my father was told that he had lost so much brain fluid that if he had lived he would have been left in a vegetative state.”

Widowed at the age of 28 with two young children, the pain of staying in Claudy was too much for Anne and she moved back to her parents' home in Park for six weeks.

However, with a hairdressing business in the village and a young family to provide for, Anne had no choice but to return to her work in September. 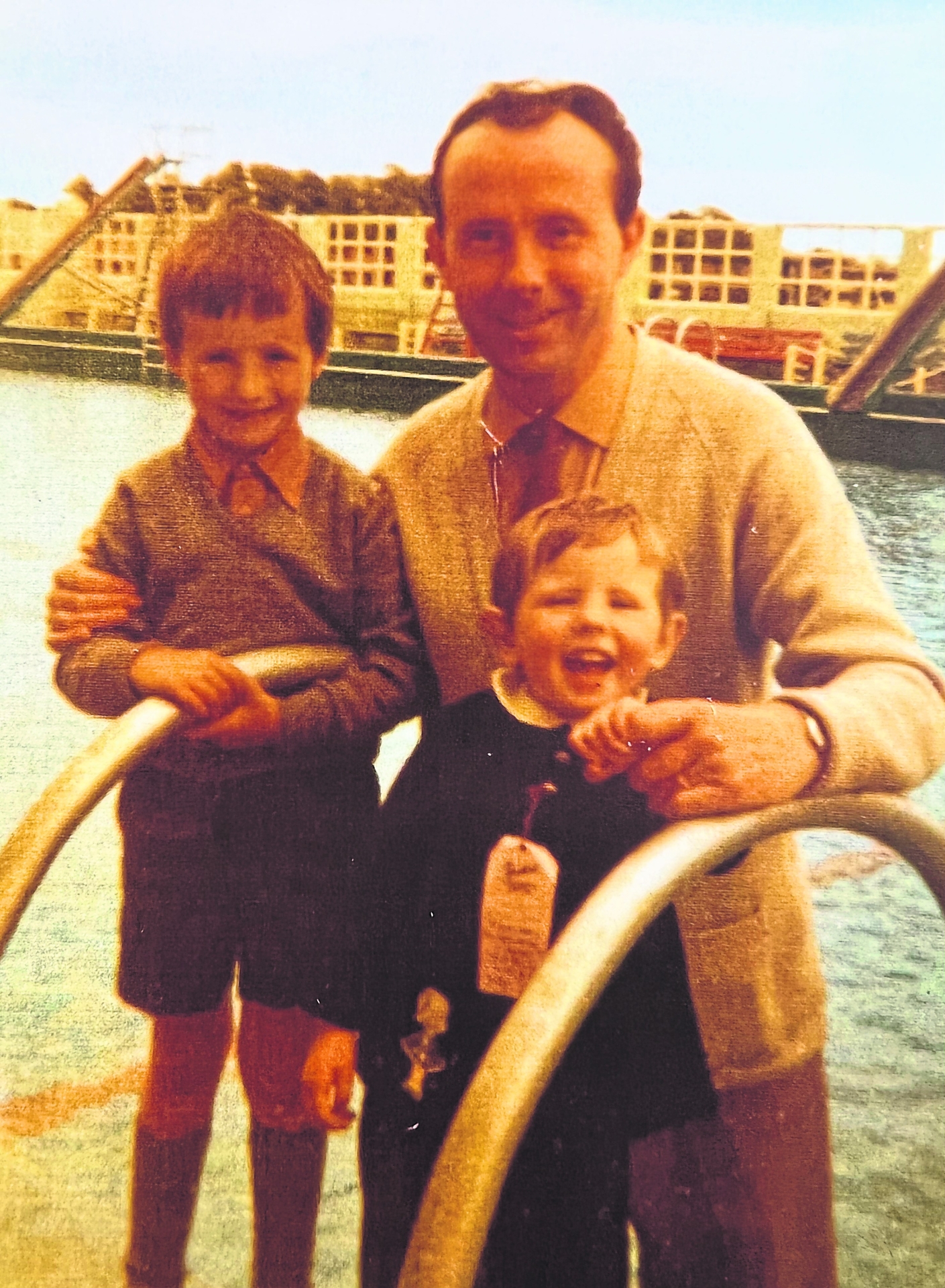 Artie was a devoted and loving father to his two children Paul and Michelle.

Artie's untimely death had a massive impact on the family with the children missing having their father there for all the important milestones in their lives.

“Michelle kept asking for a long time afterwards where her daddy's feet were and I couldn't figure out what that was about,” Anne continued.

“We were talking it over with my mother and father and it seems Artie was lying on the footpath and she must have seen his feet when she was lifted out of the car. That was what she was talking about.

Gerard McCloskey was working in McElhinney's shop at the time.

“For a long time when I was coming down the Main Street and there was parked cars on the two sides of the street I was a bit scared passing them because I was always thinking about the bombs.

“I was 28 when Artie was killed and I was 28 years on my own before I met Mickey. Paul and Michelle, who are very, very good to me, were both married and they had their own families and had moved on by then. I was here on my own and I am very lucky that I met Mickey,” she continued.

Despite the passage of time, Anne still bears the emotional scars from that dark Monday 50 years ago.

“Until the day I die I will never forget that day,” she added.