Gerard McCloskey was working in McElhinney's shop at the time. 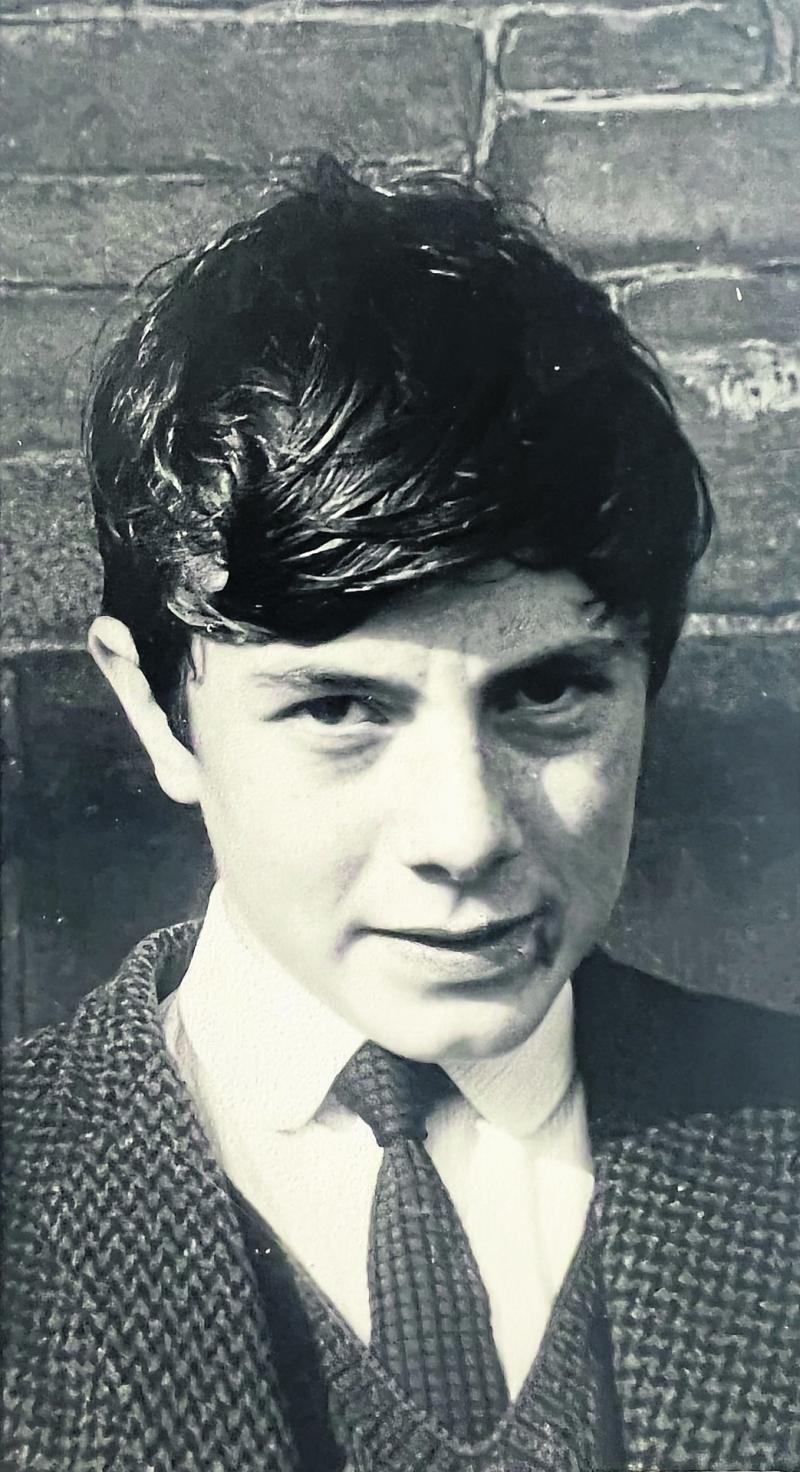 A young Gerard McCloskey who worked in McElhinney's shop after leaving school.

What should have been a day of celebration for Gerard McCloskey rapidly turned to terror in the busy village of Claudy.

On Monday, July 31, 1972, Gerard officially left his teenage years behind as he turned 20.

As he caught an early morning bus, bound for Claudy, outside his Altinure Road home, on the outskirts of Park, he was completely oblivious to the tragedy that would unfold before his eyes a few short hours later.

At the time, Gerard had been working in McElhinney's shop on Claudy's Main Street (where the Spar shop is today).

Usually always the first to arrive in the morning, Gerard was given the task of opening up the shop.

On that particular morning, everything was peaceful in the village and as Gerard was getting prepared for a busy day, people started trickling out of their homes and onto the streets.

“It was a busy day in Claudy as people signed on on a Monday. It was also the school holidays, so a lot of women and children would be up the street and Desmonds Factory was going then so there were a lot of workers about,” said Gerard.

In those days, the busy shop at the crossroads sold everything from groceries to animal feed.

They also sold petrol from the entry at the side of the premises.

“It cost one pound for three gallon of petrol at that time and that was usually all the amount that people put into their cars in those days,” recalls Gerard.

“A tank of gas would have set you back one pound and one shilling which would be the equivalent of £1.05 now.”

As well as serving customers in the shop, Gerard would have worked in McElhinney's bar, which was next door to the shop, when it opened to patrons at 11.30am.

Brothers Eddie and Paddy McElhinney ran the shop and bar with Eddie's wife Elizabeth working in the shop also.

“They were good people to work to and I enjoyed working there,” said Gerard while pondering over the events that unfolded on that day.

“I remember someone blew the horn outside the shop that morning. It was just after 10am and they were looking for petrol.

“Mrs McElhinney went outside, probably to put the petrol in, but she also had mentioned that she was going to see if a woman who lived beside the shop at the time was back from her holidays. Mrs McElhinney had been feeding her cat while the woman was away. 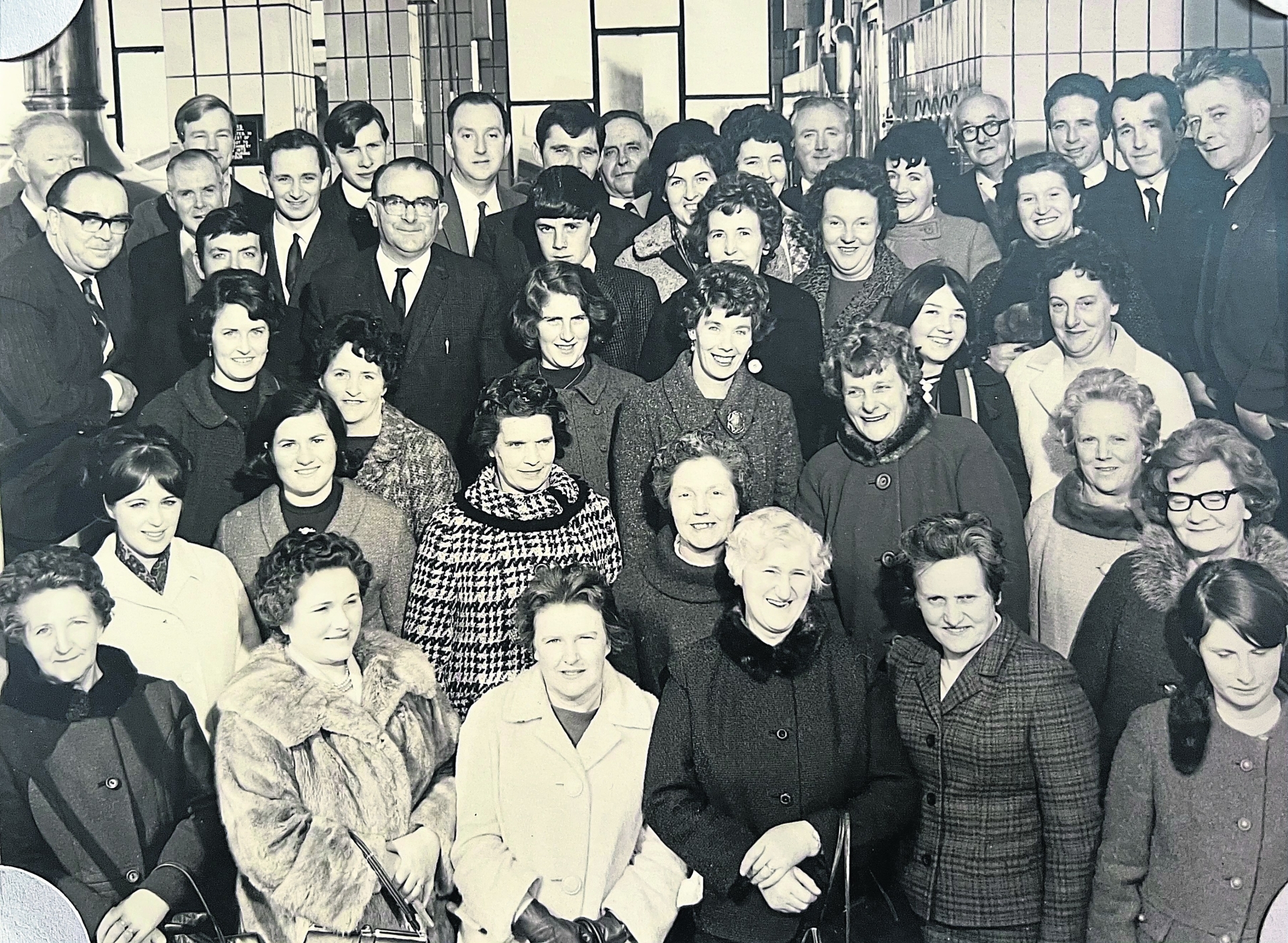 Pictured are locals from the Park and Claudy areas at a visit to the Harp Lager brewery in Dundalk in the late 1960s. Pictured front row, second from right is Elizabeth McElhinney who was killed in the Claudy bombing. Her husband Eddie is pictured back row, far left. Gerard is also pictured in the centre of the second row from the back.

“Artie Hone had come into the shop and I had just served him and just as he went out the door Eddie was coming in. Eddie wouldn't have come into the shop too early because he would have been working late in the bar the night before so that was him just starting work. As he opened the door there was a massive explosion.”

Disorientated and frightened, Gerard and the other workers in the shop ran out the back door and sought refuge at the rear of the shop.

“Rose McLaughlin's cafe was opposite McElhinney's shop and after a few minutes we could hear loud squealing coming from that direction. I think that was when people realised that people had been killed or seriously injured,” continued the 69 year-old.

“We went out then and went down the street which was full of people at that stage. There was a real sense of panic and everyone seemed to walk down the street towards the Post Office and we all followed.

“I remember there was a Mini Traveller parked beside the Post Office and it was the postman who spotted a rug in the back of it.

"He called over a police man who was on the street at the time and he came over and opened the two back doors of the car and lifted the rug up. Underneath it was a milk churn and at that point he just turned around and shouted 'everyone run'.” 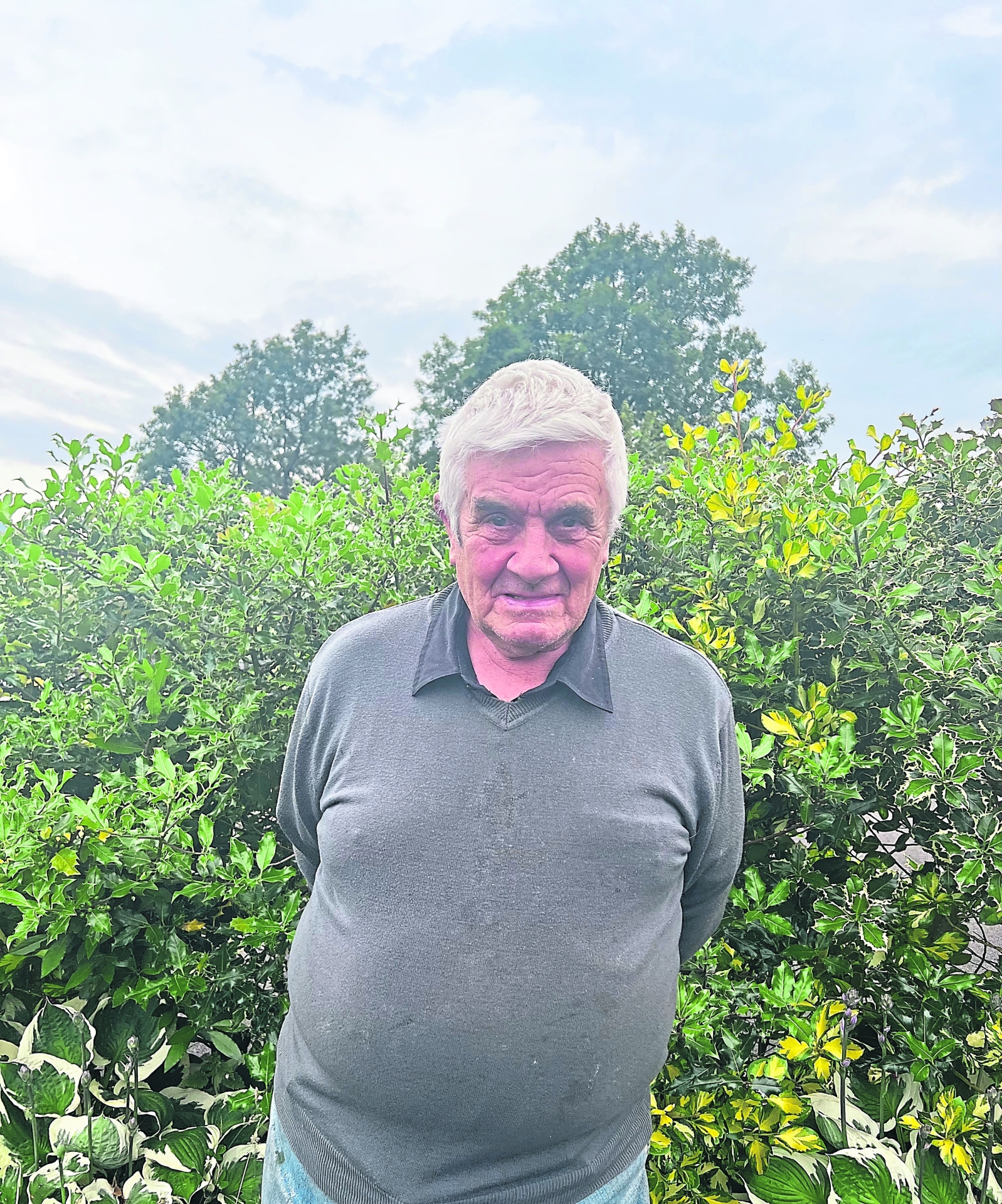 Gerard McCloskey has recalled his memories of the Claudy bombing.

Following this some people were moved down towards Church Street where they were unaware of a third bomb in a stolen Morris Mini van which was parked close to the Beaufort Hotel.

“While panic set in then,” said Gerard.

“Me and another man headed on off up the street past Eakin's garage and we met a lot of girls from the factory coming down the street.

“Just then a blue escort estate being driven by Constable Crawford came down past us and I could hear something being radioed through. That was the word just coming into them then. Two other bombs went off around the same time as this.”

Gerard says as word of the explosions reached homes around the village people dashed to the area in a desperate bid to make sure their loved ones were ok.

Joseph Connolly (15), Artie Hone (38) and Rose McLaughlin (52) died later from the injuries they sustained in the first explosion.

The explosion outside the hotel resulted in the deaths of William Temple (16), David Miller (60) and Jim McClelland (65).

Gerard recalls seeing Joseph McCloskey chatting to a man opposite McElhinney's shop a short time before the first explosion.

“It was chaos after the explosions. I remember Eddie was running around looking for his wife. He just kept shouting 'Liz', 'Liz' but sadly she was dead.”

Meanwhile, back at Gerard's family home, panic set in when word came through that Gerard had been killed in the atrocity.

CLAUDY BOMBING: 'Look us in the eye and tell us why' says victim's family

"Who are you targeting on a summer's morning?"

“I think there was some kind of mix up and someone said that they thought I was dead. Word got up to the house. The priest fom Banagher, Fr Kelly, came up to Claudy and daddy came down too but he was relieved when he seen I was ok. I'm very lucky I wasn't injured,” added Gerard.

In the aftermath of the bombing, Claudy was a sad place.

“There was rubble everywhere and such a mess in the street. Slates had come off the roofs and the buildings were damaged. Everyone was just so shocked by what had happened and the mood in the village was not good,” Gerard said, adding: “So many people I knew were injured also. It was such a horrific time.”