Rita O'Kane started working in Desmonds as a 16-year-old. 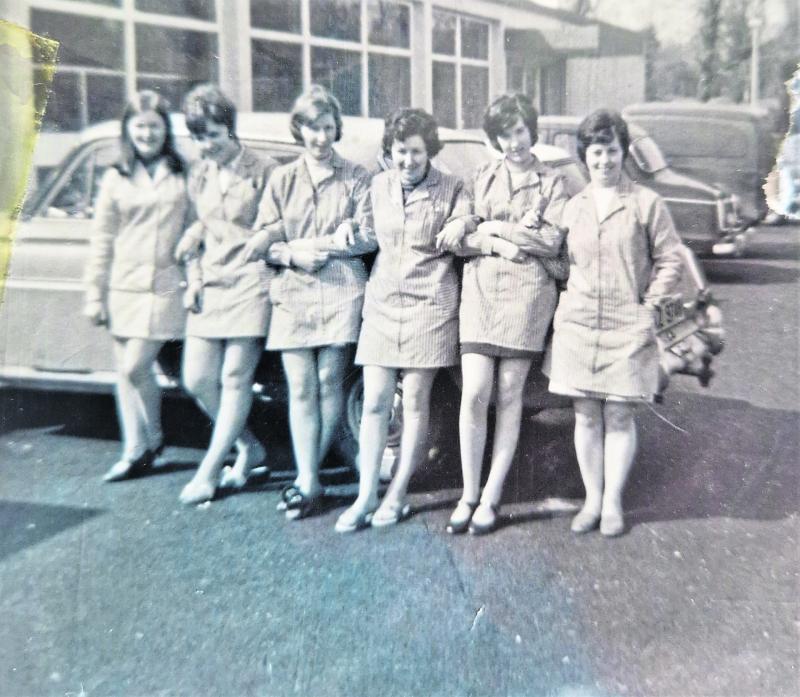 Rita O'Kane pictured far left, was the eldest of three O'Kane sisters in Claudy Factory when the bombs went off in the town

Growing up I'd often heard my three sisters refer to 'that day in Claudy' in hushed tones. Never spoken of freely to protect me from their reality.

I finally convinced the eldest in our family, Rita to tell me what it was like in Claudy on the day their innocence was shattered forever.

Rita O'Kane (now Hassan) started working for Desmond and Sons at the age of 16. She was based in Claudy factory, the flagship of the Desmond's empire.

“I started in Desmonds when I was 16 in Claudy. When I was 17 years old I was made a training instructor and did that in Claudy for a couple of years. Then Desmonds were opening a factory in Irvinestown and I was asked to go up there and help train the machinists there,” said Rita.

It was a 50 mile trek to Irvinestown from the small townland of Ovil just outside Dungiven and so the young seamstress had no choice but to stay away from home. 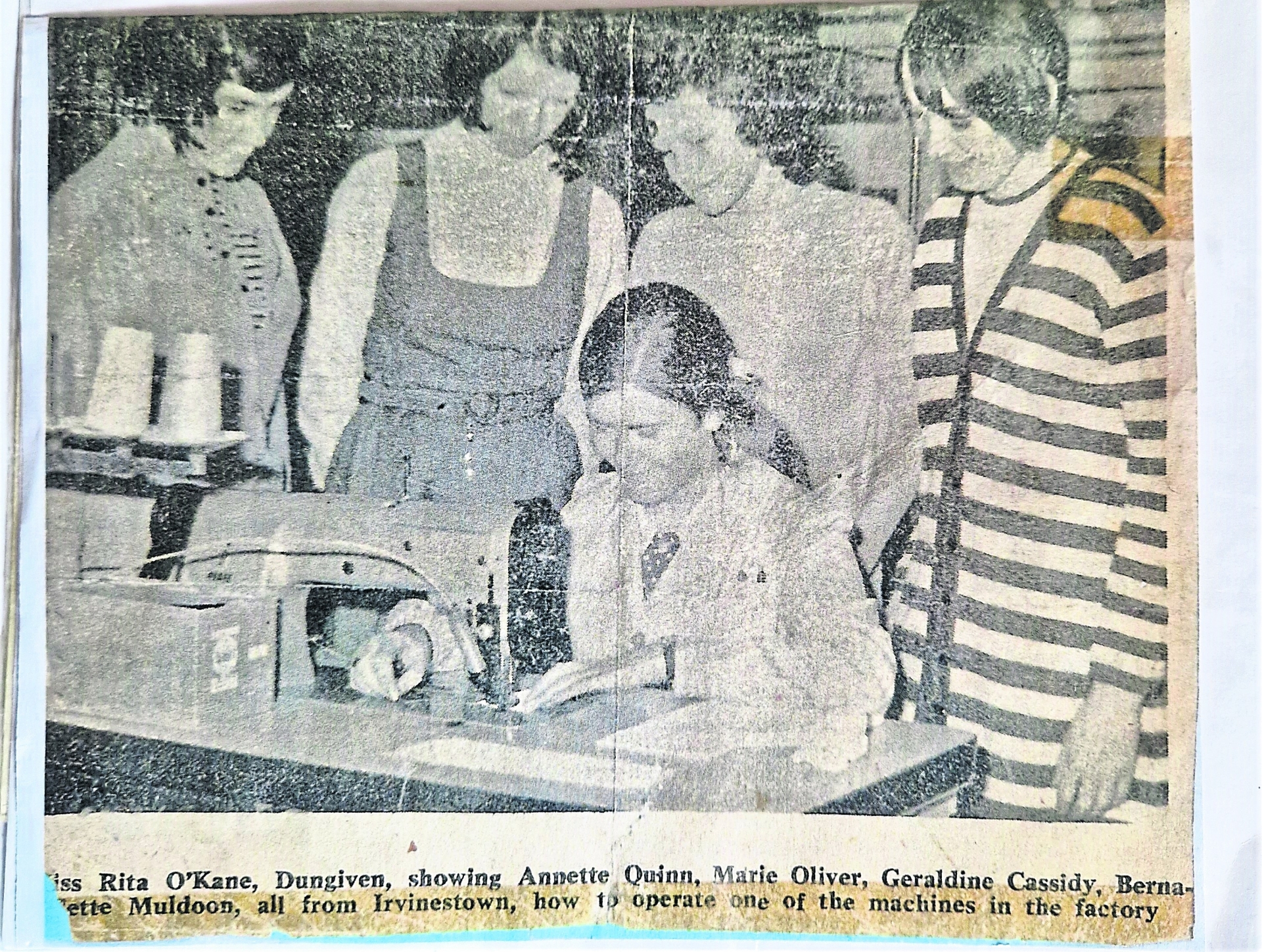 “I used to get a lift to Irvinestown on a Monday morning with another employee and I would stay in the hotel there until the Friday.

“Then I would be home for the weekend. When the girls were all trained I came back to work in Claudy.

“I had just met my husband-to-be at the time, and I wanted to be back home, so I came back to Claudy in May 1972, just two months before the bomb.”

Rita was the eldest of three sisters in Claudy factory that day aged 23. Sinead was just coming 18 and Eileen was 16.

“We were all at the machines working away and the first we knew was the big bang. The factory really shook. I remember it shook the factory. Everyone was told to get to the canteen. 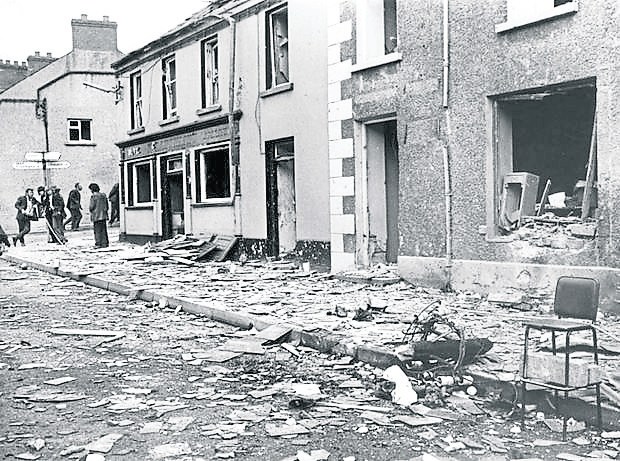 “You had to go to the back of the factory floor, then up a set of stairs or steps, up past the cloakroom and into the canteen. Everyone was running and it was just chaos.

“We were all sent up there, hundreds of us, and everyone was so afraid. Everyone wanted to know what was going on in Claudy and they were worried about the people they knew.

“We didn't even know if there was a bomb near the factory and so we were told to go out the back doors and into the field behind.

“Everyone was running and panicking, and I was a supervisor and I was meant to keep calm but I nearly got trampled in the process because everyone was just so scared,” added Rita.

“The girls were heading out to the road to see what had happened.

“Mr Lauri Desmond came out in front of all the girls and stood with his arms out and said no one was allowed to go near Claudy.

“He said he would send one of the men into the town to see what was going on, but if any girl decided to go past him into Claudy they'd have no job in the morning.”

Rita believes his quick thinking prevented more people from heading towards the danger of the unexploded second and third bombs at this stage.

“He was just trying to protect everyone. I think if he hadn't done that girls would definitely have been killed or injured that day, because everyone wanted to run into the town. We were then told to go home, but not through Claudy.

“A girl from Dungiven, Marie McCloskey (Bond) worked in the office and she had her car with her. She took me, Sinead and Eileen home with her that day, getting us out of Claudy.

We had to drive towards Derry then back onto the main road and back to Ovil.

“I remember us being so afraid and when we came towards the house on the main Derry road, mammy and daddy were standing out at the front of the house with Rosie Cartin from above us.

“They were all worried to death about us. They had three daughters in Claudy when the bombs went off and didn't know if we were affected or not.

“We were very lucky we all got home unscathed,” added Rita.