The Coleraine defender is in determined mood. 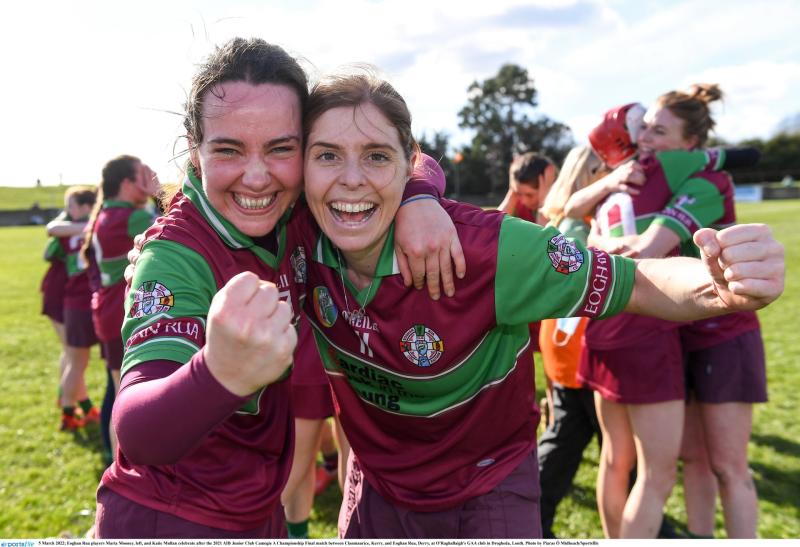 A decade ago Maria Mooney was part of the Derry camogie panel who won the 2012 All-Ireland intermediate camogie championship by beating Galway.

On Sunday, she will take the field again, back in county colours after some time spent living away, and the 28-year-old is well-placed to assess the uplift in training that comes with a semi final appearance.

“Everybody is really excited, training has just grown in intensity as the season has progressed. The end is in sight; the goal we set at the start of the year is coming close,” she told the County Derry Post.

“That's what's driving people on. Training is hard, everyone is giving it their all and is buzzing. It's been ten years. I felt like I was a newbie back then, so it's full-circle stuff for me.” 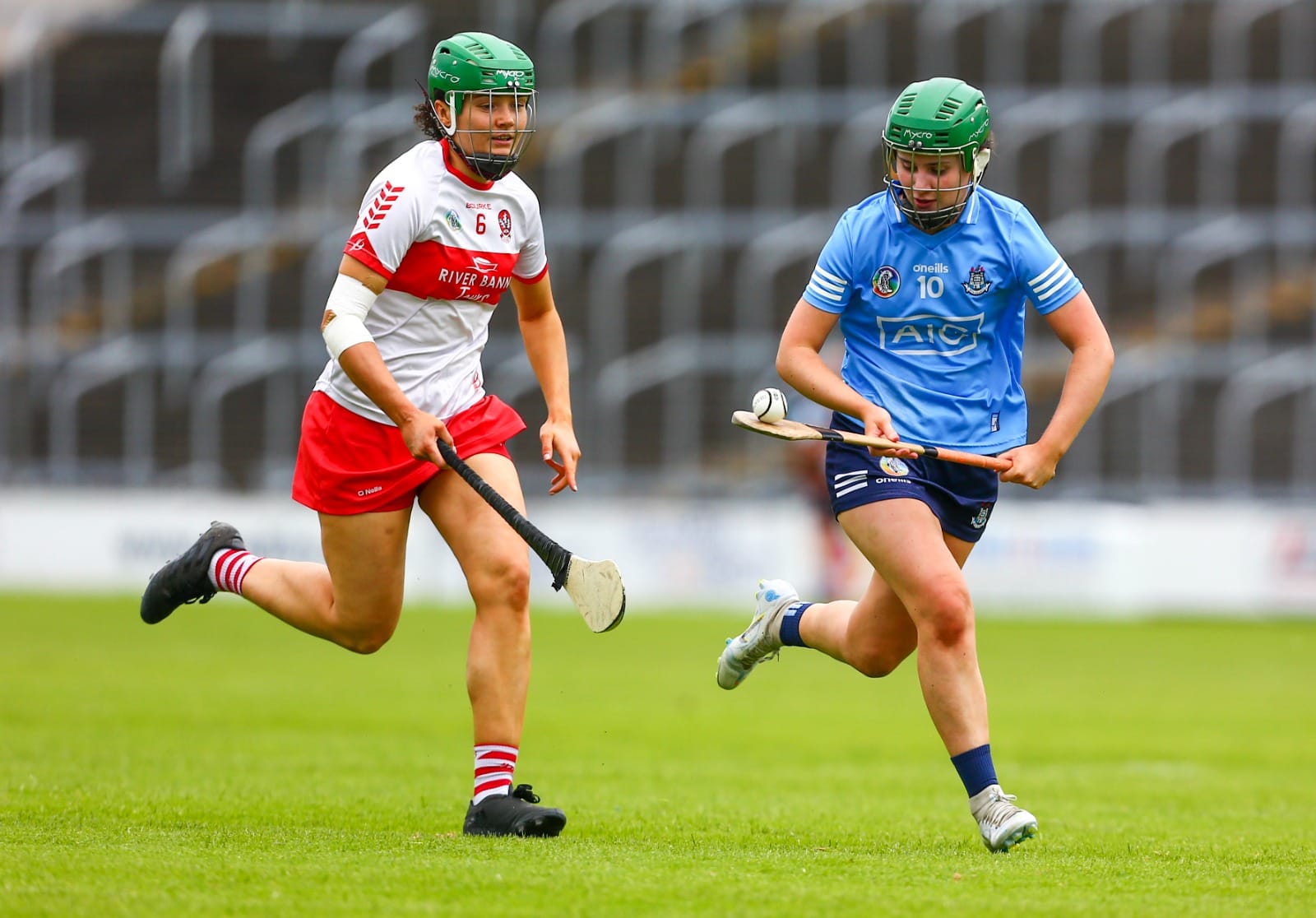 Grainne McNicholl of Derry in action against Dublin.

Though Derry eventually recorded a 13-point win over Dublin in the semi final, a slow start left the Oakleafers with plenty to do.

“I've been out of county for the last five or six years – I was living over in Madrid – so in terms of who is ranking where, I just expect the worst,” she said.

“I didn't really know who were the favourites against Dublin, but when we started it was a lot worse than I had hoped for; they were really, really strong.

“But we didn't pick up at all, we hadn't really started until half time. Once we got over the shock, the second half was much better and we were able to put it to bed.

“Those are the kind of matches you want leading up to the semi finals because it takes a lot of psychological grit in a way just to get through them. 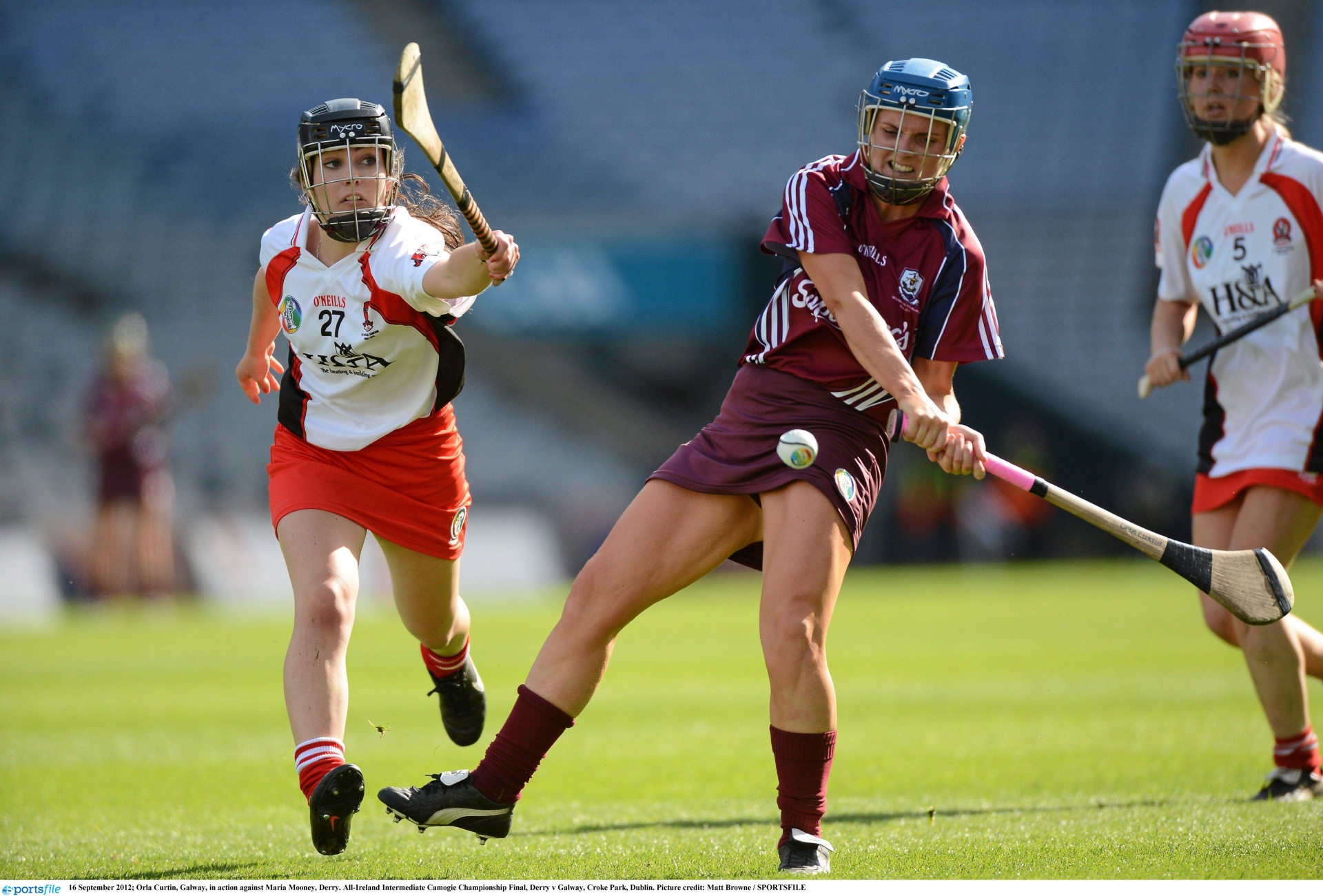 Maria Mooney in action against Galway in 2012.

“We weren't showing our best at all, so hopefully that's out of the system now.”

The Eoghan Rua player – along with teammate Megan Kerr – has come off the back of a season where her club secured an All-Ireland junior title.

All that club success has buoyed the county panel.

“We joke that you have to get used to learning how to win tough games,” said Maria.

“Slaughtneil are at a seriously high level and we had some really hard games too, especially the All-Ireland final.

“For me, I'm 28 and I'm only really learning now what it takes to grind through those sort of matches.

“It was annoying to miss a lot of the league, but to come in with a win was definitely good for the confidence for myself and Megan. 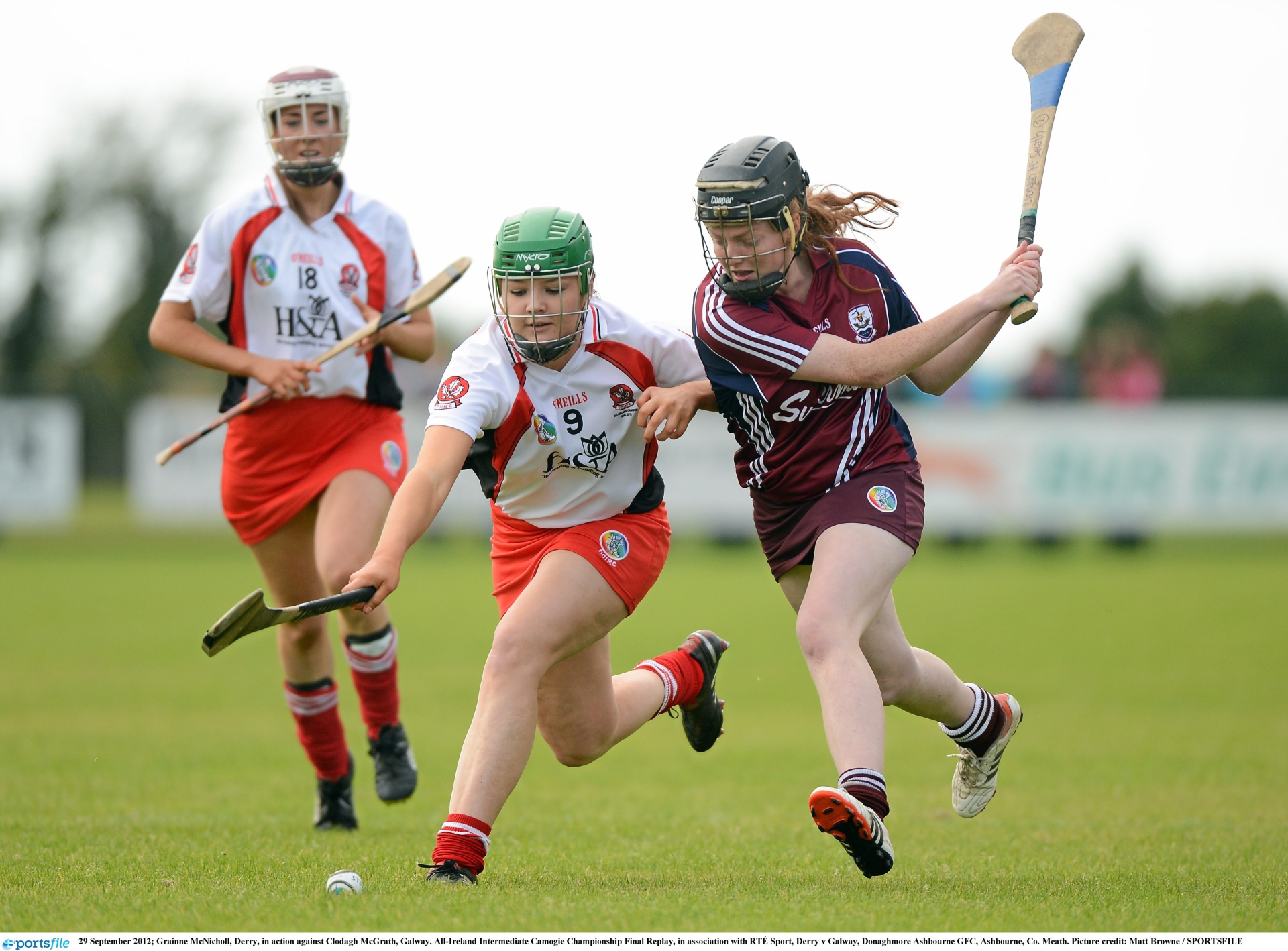 Grainne McNicholl is another survivor from the 2012 side.

“It was brilliant to get back at it and the Slaughtneil girls are just conditioned for high level camogie; it's so valuable to have them in the squad as well.”

Neighbours Down and Antrim have both won this competition in recent years, and Maria says Derry have been preparing for this game by taking on their Ulster neighbours.

“We'd a good game against Down in the Ulster semi final and we were really disappointed, but it's good to be disappointed competing at that level, they've been playing senior this last few years,” she said.

“Then we went on to play Down again and Antrim, albeit in friendlies and to be winning matches and competing with their full squads was good for us as a squad.

“That's where we want to be; at the highest level. We can get there, but it's going to take a lot of growth to push through and win the competition.”

Supporters covered the county with banners, flags and bunting as the senior footballers went on their run to the All-Ireland SFC semi final.

The colour remains in place as the camógs pick up the baton, preparing to take on the Rebel County, a side they have already beaten this year.

Maria stressed how close-run their game against Cork was as an example of how tight and competitive this championship is.

“The Cork match wasn't easy at all. That's the most relieved I've been after any of the matches this year, because it was so intense,” she said.

“Their speed of play is class and we had to obviously stand up and match it, but we won, we've beaten them, so there's nothing to stop us doing it again.

“This is a chance for people who haven't played at Croke Park to have that experience, and even the older players who haven't been there with the county yet.

“The fact that the final is going to be at Croke Park makes it more of a prize for us really. We're prepared for a serious battle and we're just ready to get stuck in.”