Ryan and Andy hit the headlines last year after recovering an engagement ring. 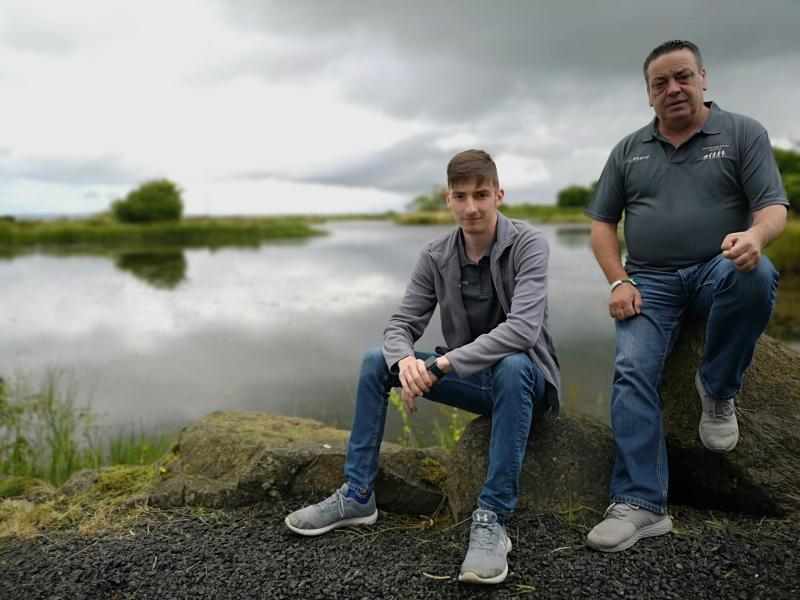 Coleraine father-and-son duo Andy and Ryan McCloy have been building a reputation for recovering lost items across the North Coast and beyond.

A father-and-son combination have been honing their skills by riding to the aid of distressed beach goers on the north coast, retrieving lost items with the help of their finely tuned metal detectors.

Andy McCloy and his son Ryan hit the headlines last year when they recovered an engagement ring for a bride-to-be on Downhill beach after seeing her predicament on social media.

Gardeners by trade, the Coleraine men entered the world of metal detection after dad Andy was gifted a detector for Christmas less than two years ago.

“We'd collected coins for about five years – modern ones – and then my family bought me a wee metal detector for Christmas,” Andy told the County Derry Post.

“That's where it all took off. We went out in around January and February, and it was freezing, but we found horseshoes and that.

“We had to go to the farmers and ask for permission, and it was good finding a horseshoe, or a bit of lead or metal.

“Then we upgraded our metal detectors.”

Those upgrades continued as the men's interest grew and after their involvement in finding the engagement ring on Downhill beach, they set up a Facebook page which really launched their idea.

“They give us an idea of where it is, and we try and mark out a grid. It can be tricky; if you find a coin sitting flat, you'll get a good signal, but if it's sitting up it's harder,” said Andy.

“You have to walk right around, and the likes of a ring, because it's a circle, it gives off a different signal, almost a double signal.

“You're always learning, we get to know the different signals where you can tell if it's lead, or if it's a coin. The only gold that we ever find is on people's rings.

“We've got a good collection of coins, but we're more into the old coins now. We're trying to go out and find the old stuff. I did find a couple of old coins and we have loads of pennies, musket balls, all of that. 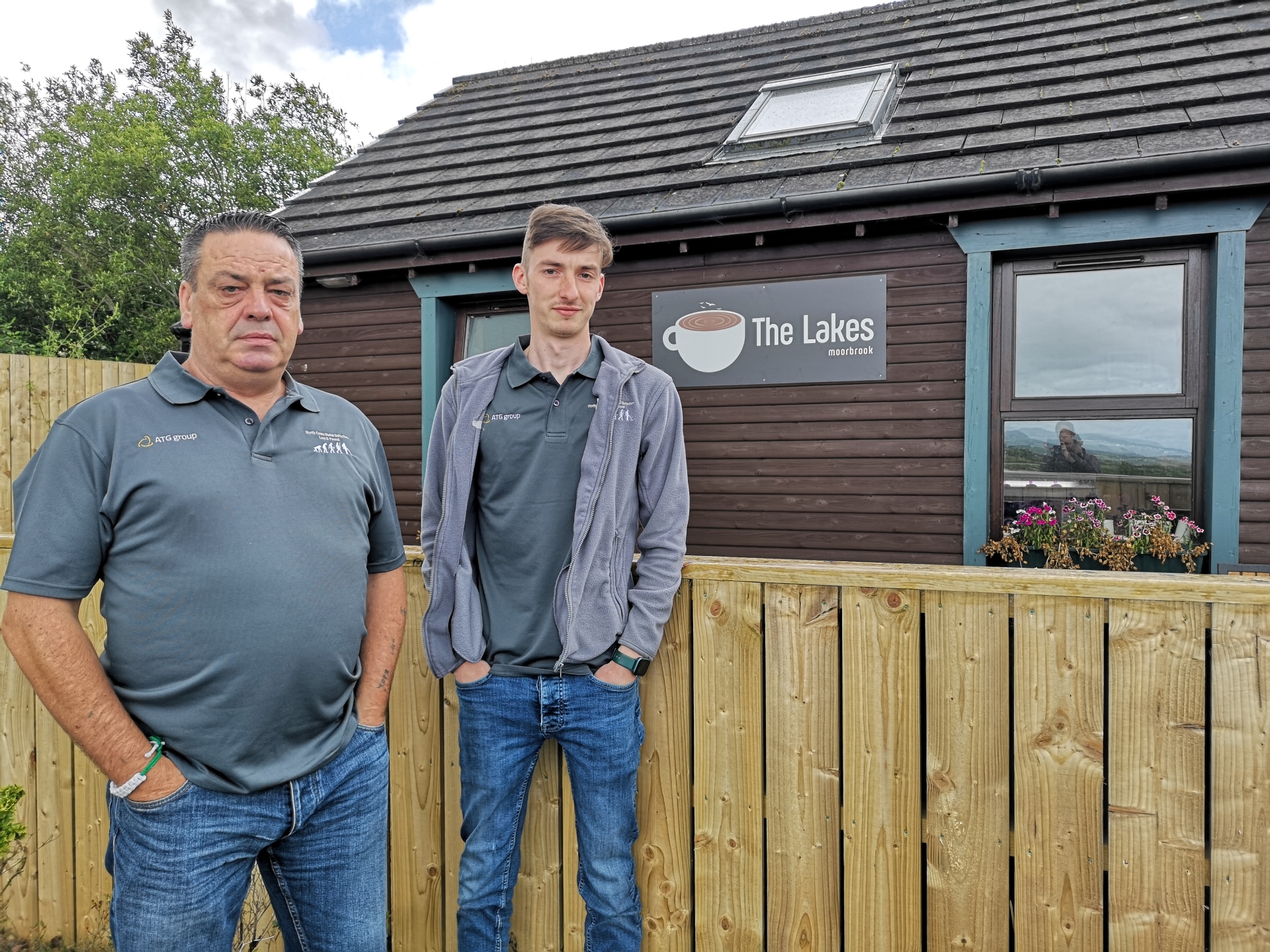 Ryan and Andy outside The Lakes, Moorbrook.

“This is what started us; we wanted to find a coin that somebody dropped hundreds of years ago, to find out the last person who had it.”

Their work has taken them all over the local area, with recoveries carried out all across the north coast, as well as inland in Corkey, Co Antrim, Cookstown and Ballymaguigan.

It was while undertaking a doomed search for a wedding ring at St Trea's GAC that Ryan stumbled on an exciting find.

“We were on a recovery down at St Trea's in Ballymaguigan looking for a ring. We never found it, because it was short grass, but we came across a crucifix,” said Ryan.

“We're in talks with the museum about it at the minute; it could be Black Death period – around the 1100s on – or even older.

“Another time we found a phone on the beach and it was dead. I got a charger for it, charged it up and there were all these messages asking if they'd found the phone.

“I couldn't reply because the screen was locked, so I posted it online and it took about two weeks, but the guy got in contact and came down to get it.” 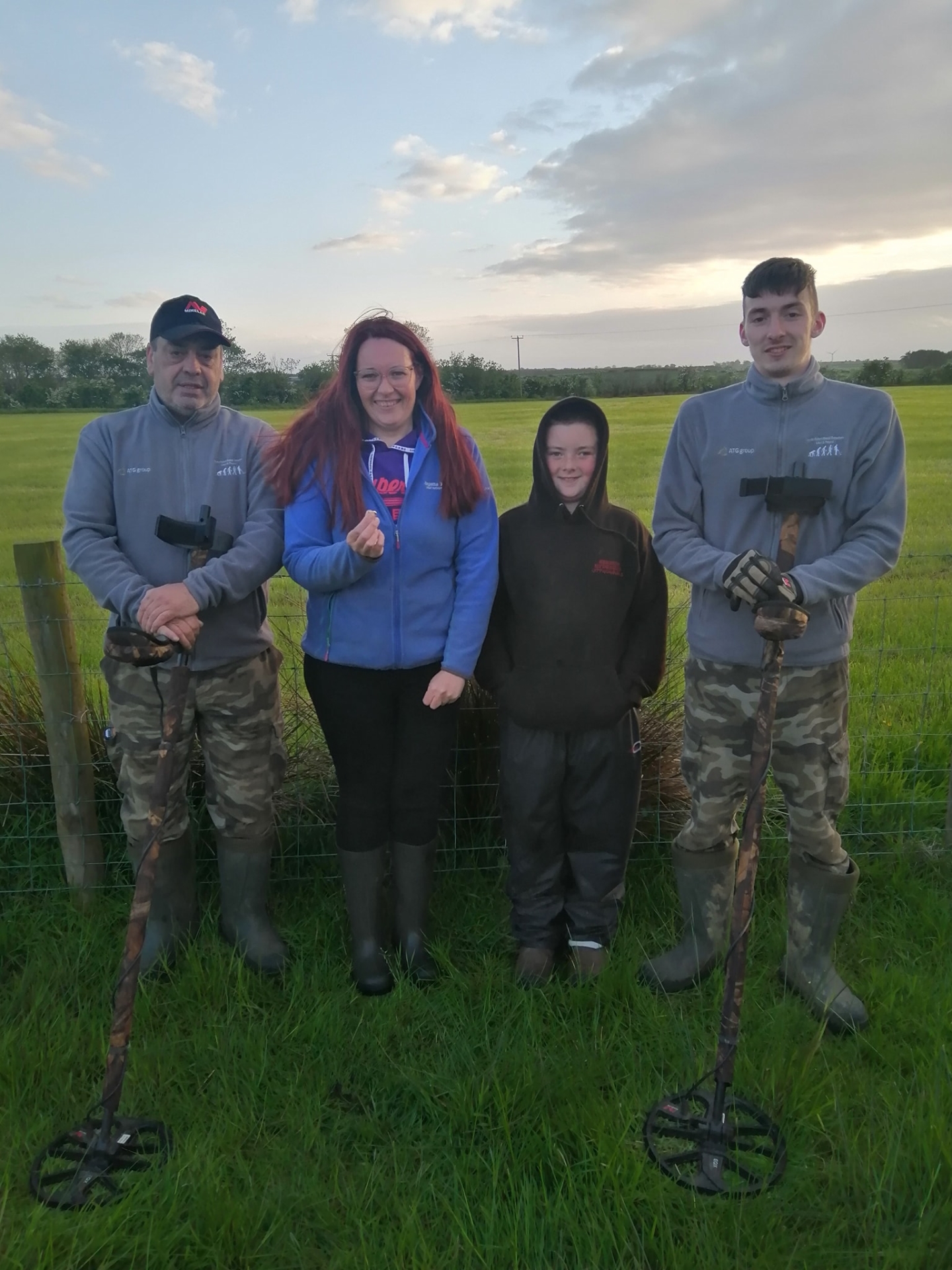 Andy and Ryan recovering a ring lost while lambing.

Delicate by design, rings can be lost in the most innocuous of circumstances, even when their owners have been meticulous.

“There was a man and his wife down at Portrush and they were doing surfing lessons,” said Ryan.

“The dad took the ring off and put it in his sock and into a spare pair of shoes. When they were going, the wee fella took out the socks, put the shoes on and left the socks and they lost the ring.

“It took about an hour and a half, but we found it for him.”

The family do not charge for their lost and found service, asking only for a contribution towards the diesel used en route.

“We were advised by a couple of business people to make this viable, but what we do is just charge for diesel, and if we find it, it's up to them if they want to give us anything, we don't ask for it,” said Andy.

“You go out, you find it and you give it back, that's the way it's supposed to be. There's a ring there that's going back today, it was found on West Strand yesterday morning.

“We have a box in the house and we just say a ring has been found and ask people to get in touch and describe it, and if the right person lost it, they'll be able to do that.

“We've had people contacting us saying they lost their rings two or three years ago, so we could get people in a few years from now getting in touch.” 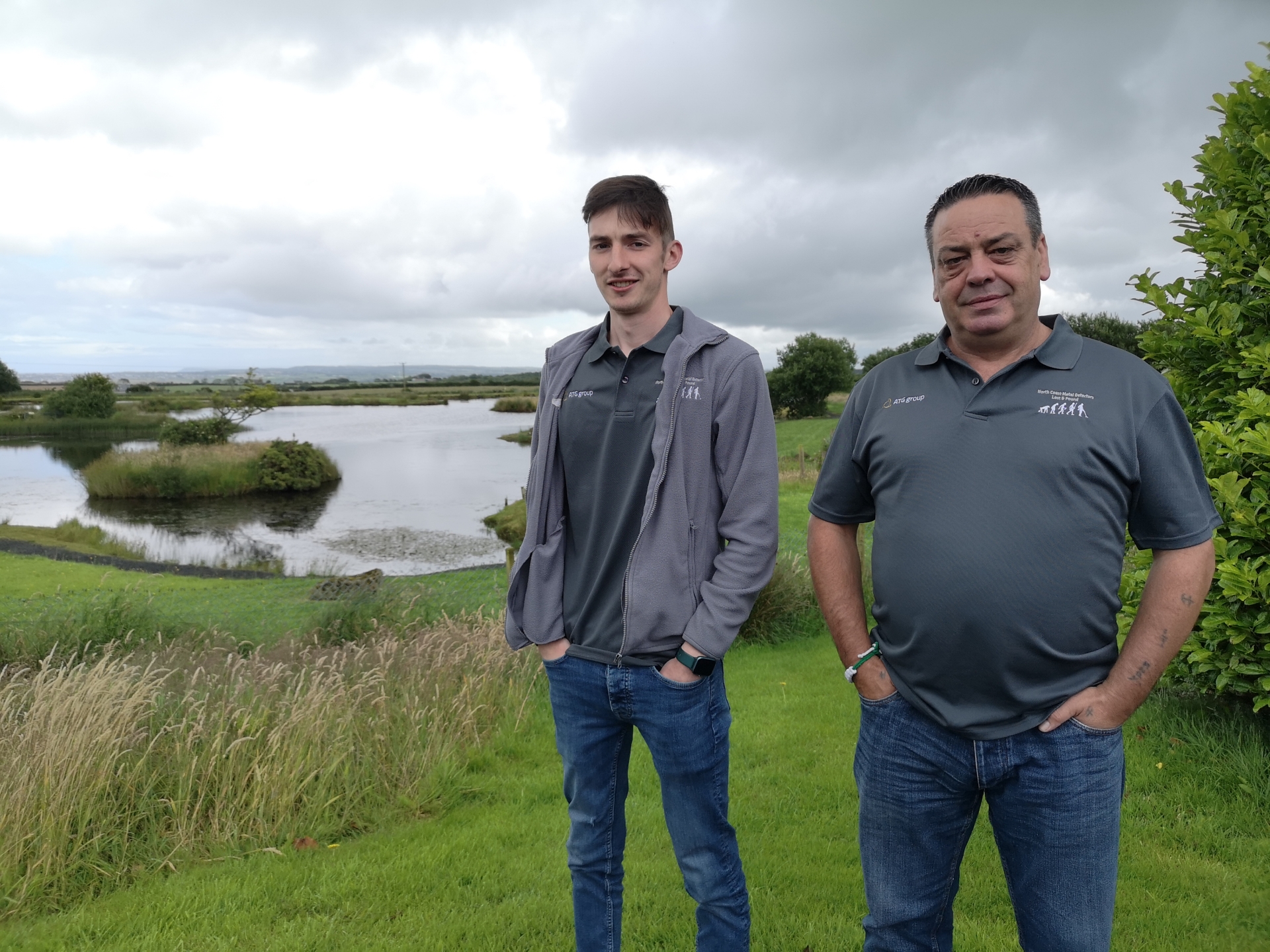 Andy and Ryan have even found opportunities to share their love for what they do with others.

“We had a woman yesterday – she lives in Corkey- and she asked if there were any groups or anything because she's 73 and on her bucket list was to go out and find something,” said Andy.

“She's wanted to do it for years because she had a metal detector, but she's not great at using it, so we're going to arrange to take her out and find something.

“She said she might not be around for much longer, so she wanted to go out and try and find something.

“If it's something you're really interested in, you put 110% into it, so we're going to arrange to take her out.

The pair currently have an arrangement with the National Trust at Portstewart Beach. If someone loses an item, they contact the management, who in turn give Andy and Ryan a call.

Both say the feel-good factor of helping others during a time of distress really lifts their spirits.

“It's nice when you go and find it, you're coming home feeling good that you've helped. There was one we found in Ballycastle that was lost for a week.

The Limavady hills pulsed with the sound of music and happiness over the weekend.

“When we go out and look for a ring, we can find mobile phones, cameras. It's all about trying to find it; it makes us feel good and them feel good.

“We just love getting out there and finding things for people, and getting out for ourselves too.

You can keep up to date with Andy and Ryan's activities over the summer by visiting the North Coast Metal Detectors Lost and Found Facebook page.