Geography teacher Marie McGuckin passed away in May. 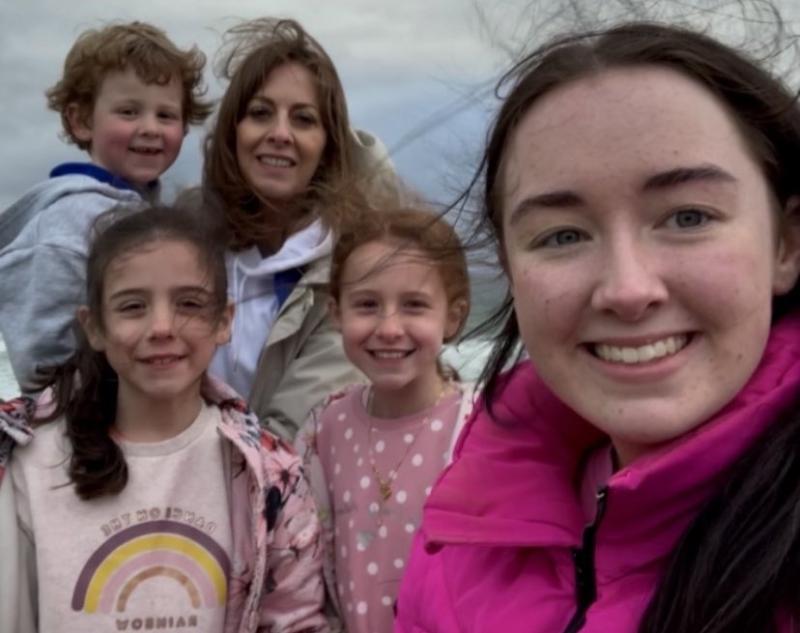 A County Derry student has pledged to 'go the extra mile' for a charity fundraiser in memory of her former teacher who passed away earlier this year.

Mrs McGuckin passed away in May following a period of illness, and Caitlin said she had always been an advocate of giving something back to others.

“I had Marie as a teacher when I was doing my GCSEs, around five years ago now,” she told the County Derry Post.

“From the second I stepped through the door she made me feel welcome. I have a twin sister and it was our first time doing separate subjects.

“Throughout my whole time in school she was like my second mummy, making sure we were okay and helping me with anything I needed.

“We had finished up for the summer there last year and she had surprised me by entering us into an award, so that was lovely that she went to so much effort. 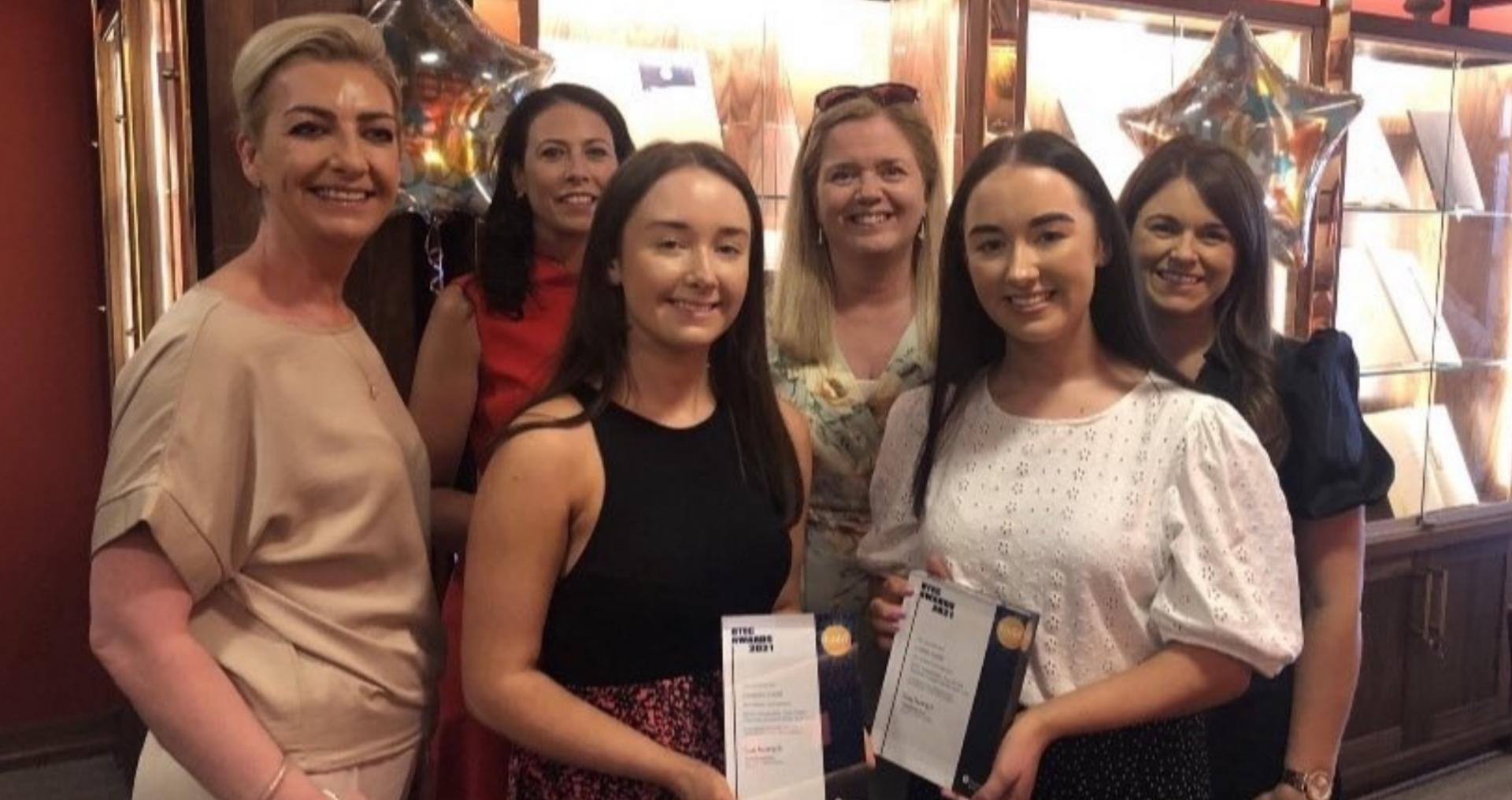 Aisling Duddy, Marie McGuckin, Brenda Mussen and Anna Scullion look on as Caitlin and Caoimhe Tohill receive the award for which Mrs McGuckin nominated them.

“When I heard she was sick, around Christmas time, I'd stayed in contact with her. I was over in England at the time she passed and couldn't get back.

“Then for the month's mind I ended up having Covid, but I knew I wanted to do something to remember Marie.”

Mrs McGuckin last year nominated Caitlin and her twin sister Caoimhe for a Pearson BTEC Learner of the Year Award, which the girls subsequently won.

Due to Covid, the full-blown awards night could not be run in London, and Caitlin says Marie went to great lengths to recognise the girls' achievement.

“Mrs Mc Guckin had been off at the time and during our summer holidays we got a call from the school telling us the teachers had nominated us for the award and that we had both won,” she said.

“Due to Covid restrictions, the usual celebration event which was held in London was cancelled so the teachers, especially Marie went to a great deal of effort to organise a lovely meal in the Seamus Heaney centre where we all watched the ceremony online.” 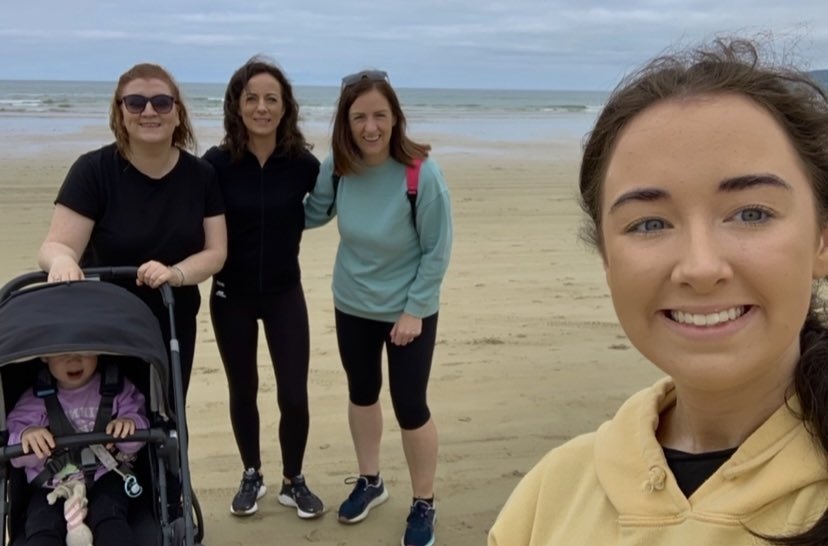 Caitlin credits Marie with inspiring her to study to become a Geography teacher herself, and says her encouragement around mental health spurred her on to launch the fundraiser.

“Marie was always a big advocate of encouraging us to give back and help others and about mental health, talking about keeping up a network during Covid,” she said.

“I was trying to decide what to do in her memory and I thought about the walk. Marie had battled her illness for 161 days so I decided to go 162, because she always went the extra mile for other people.

“Her family were really keen on the idea and we've been posting about it on social media and we've reached around £1,400 already.

“I had just started doing the walks and posting about them and a lot of past pupils had got in contact saying it was a good idea to show support.

“I've met up with loads of her friends and family along the way and it's been lovely. It's good for all of us to talk about it.

“You're hearing different things about Marie that you didn't know, so it's been really lovely.”

For the walk, Caitlin has picked routes that meant something to Marie, or places they had discussed while at St Patrick's College. 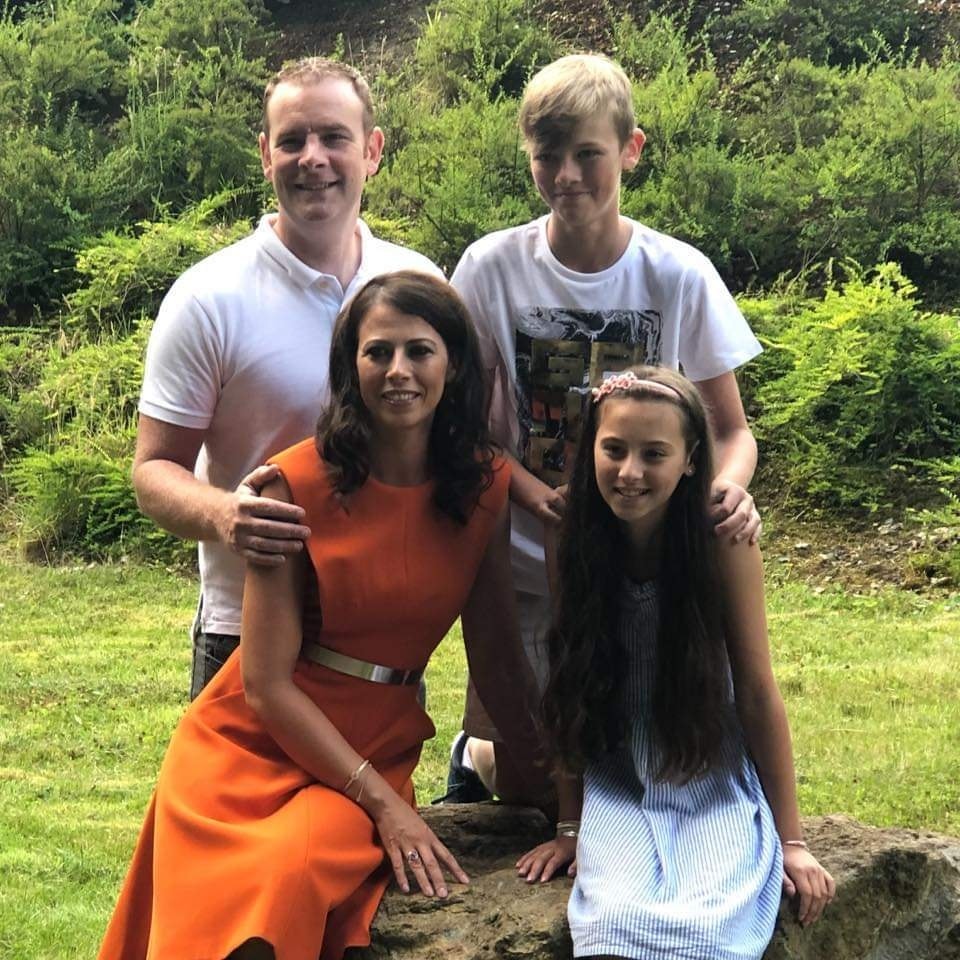 The late Marie McGuckin and her family.

“We went to Benone Beach, the Seamus Heaney Centre, Draperstown and a few of the walks she would have gone on with her friends and family,” she said.

“Marie was always keen on the holistic element of teaching – she wanted us to do well academically, but was celebrating all of our wins regardless of what they were.

Joe Bradley will take up the role in mid October.

“She made everyone feel a sense of warmth within her presence. A lot of people would refer to her as our sunflower. Someone who was warm and bright, loving and loyal, exactly as she was.

“I just want to thank everyone who has liked, shared, commented and donated. The support of everyone in the community has helped make this possible.

“I'd also like to thank Marie's family for being so supportive throughout the fundraiser,” she added.

I haven’t quite got the hang of creating a thread tweet yet but please watch the video below to hear about the 162 mile walk I will be completely in July in memory of the beautiful Mrs Marie Mc Guckin.

Marie's husband Paddy said the family were delighted to see the impact her teaching had on the lives of her students.

“Michael, Catherine and I - and the wider McGuckin and McCormack family - are really pleased to see the impact of Marie on her students reflected in this way,” he said.

“Marie was very proud of all her students and basked in their success, none more so than Caitlin. I wish all her past students continued success.”

To donate to Caitlin's fundraiser, visit the Just Giving page.