Customers have come from as far away as Lisburn, Co Antrim. 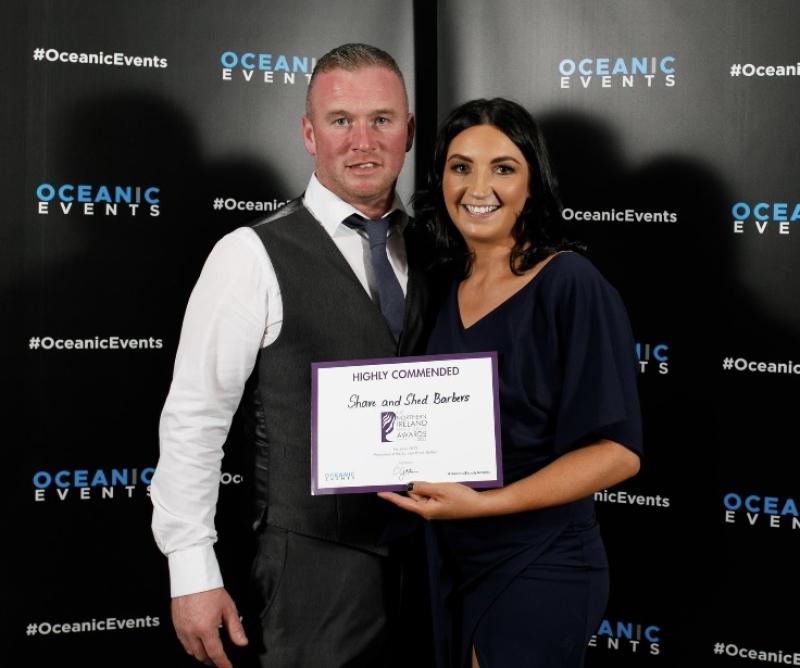 An award-winning County Derry barber has praised her customers after picking up a NI-wide award for the second time.

Ciara Donaghy, owner of Shave n' Shed Barbers, was nominated by her customers for a NI Hair and Beauty Award, having won highly commended in the same awards a few years previously.

Having repeated the feat in 2022, the Dungiven woman said her customers were central to her way of doing business.

“Some of the customers have come to use for years, and people come from distance; there is one man who actually comes from Lisburn,” she told the County Derry Post.

“Others who work away would sometimes hold out to get a haircut, say if they're coming home at Christmas or Easter time.

“You have the other side then of customers coming for years and years from their first haircut. Now they're finished university and they're buying houses.

St Canice's Dungiven were hosting a UTV team as part of the build-up to Derry v Galway tomorrow.

“I'm here in New Street 16 years so you're nearly into your second generation at this stage, and our customers have stayed with us all that time.”

Barbers have faced a difficult few years owing to the Covid-19 pandemic, and Ciara says the profession has helped provide a listening ear to anyone needing to talk.

“During Covid, everybody was in the house and not allowed out. Now you have younger customers who are old enough to come themselves, they're chatting to you in adult conversation,” she said.

“Say they're buying a house or going to university, they're coming in and telling you about it. I remember these people years ago when they were at school.

“Before Covid, they'd come in and sit with phones, but it's a normal two-way conversation now.”

Conversation is key to the Shed n' Shave experience, and Ciara says barbers have almost a pastoral role to play in the local community.

“It's not just a barbers where you go in and get your hair cut; you hear the everyday stuff,” she said.

“The good, the bad, the sick, maybe meeting somebody, getting married – cutting their hair for their wedding.

“Sometimes people say more to strangers than they do family. Barbering is a different experience. New Street is quiet but I find more people are working from home.

“We're the only people maybe someone sees in a day. I know a man who has moved back home and I see him more than his work colleagues.

The Dungiven man has been a mainstay in the County for generations.

Setting off from Dungiven primary school heading towards the Benedy, the bus driver switches on his microphone and asks – “now boys and girls, what's the song we all sing?” That sets the tone for the short jaunt around the outlying rural areas of Dungiven with the legendary Colm 'Bandy' McGuigan who retired this week after driving buses for 35 years. The popular driver allowed Mary K Burke from the County Derry Post to join him on his last journey.

“When you go to the barber, they know you. They've watched you for years and they remember you at school, they remember every stage of your life.

“With my weans, the sickness, building the house, it's really like an extended family.

“You feel when you're in working with the public that you're watching history grow,” she added.