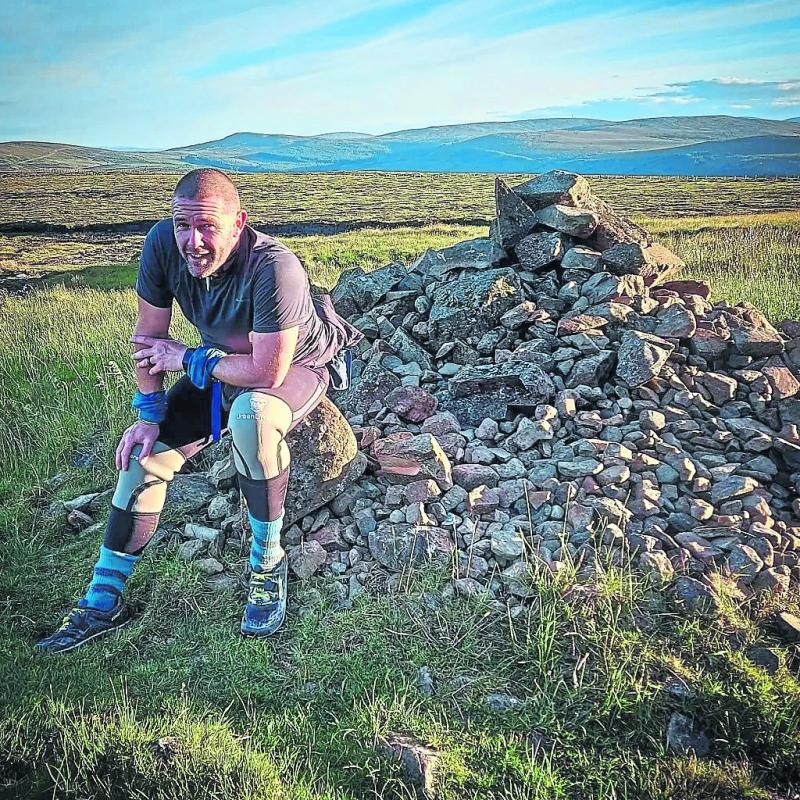 Glenn Hann during his fundraiser on Carntogher for the STEPS charity.

Living in Slaughtneil, Glenn Hann decided for his next charity fundraiser he would replicate climbing mount Everest by doing 40 ascents of local mountain, Carntogher in 48 hours or less.

This would have given a total of 9000m of ascent, however the project had to be halted early due to inclement weather which made continuing the challenge a risk to himself and others.

“I didn't actually make the 40 times because the weather came in very bad on the last day.

I got 31 ascents which is about 130km but the weather was absolutely awful – there was a torrential downpour on the last day. The gruelling challenge set off at 9pm on June 27th.

“I went off at 9pm on Sunday night and went right through the night, about 21 hours of constant walking and finished up at 6pm on the Monday evening.

“I then went home and had an ice bath, something to eat, a quick sleep and back up the mountain again for 1am on the Tuesday and walked right through until 9pm that night.

Such a physically exhausting task presents both mental and physical challenges.

“I had no injuries really – I started to experience some bad knee pain on the downhill sections on my left leg and so that was quite painful but the ice bath and sleep helped that, when I woke up at midnight my left knee actually felt fine, but then I couldn't actually bend my right leg at that point – I must have been favouring it. 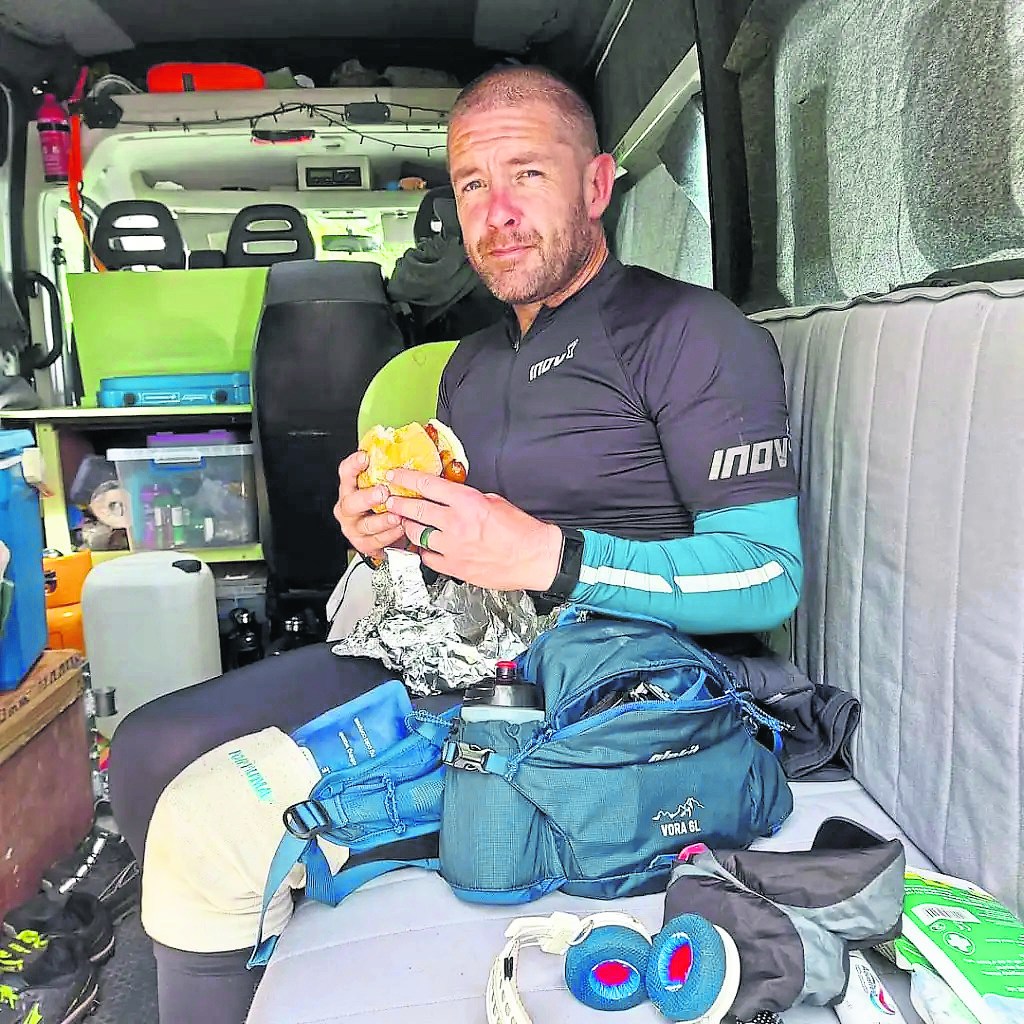 Food on the go for Glenn Hann as he takes on his latest challenge for charity.

“When it got a bit lighter, at that point I could move my knee a little bit but my progress had slowed considerably at that point and I was strapped up. By 6pm on the evening of the second day the sun came out and it was really beautiful and that lifted my spirits and my energy and I was able to push on and was able to get a lot more than I thought I would be able to in the time I had left.”

Glenn had lots of support from locals, family and friends on his challenge.

“I would say in about five of the ascents I was joined by other people. Some people happened to just be going up and were there with me, and some decided they would come out and do a trip with me.

“That was really nice, it gave me a good boost. That was on the second day too when the weather was really horrible so I was very grateful of that, although no one seemed to be up for walking through the middle of the night though,” laughed Glenn.

The fundraiser was part of an annual event, where Glenn does one big fundraising event every year as part of his birthday celebrations, and this year he chose local charity S.T.E.P.S.

“We had hoped to raise two thousand pounds and amazingly so far we are at just over £3,000 raised and still counting. I'm really chuffed to pieces with that. 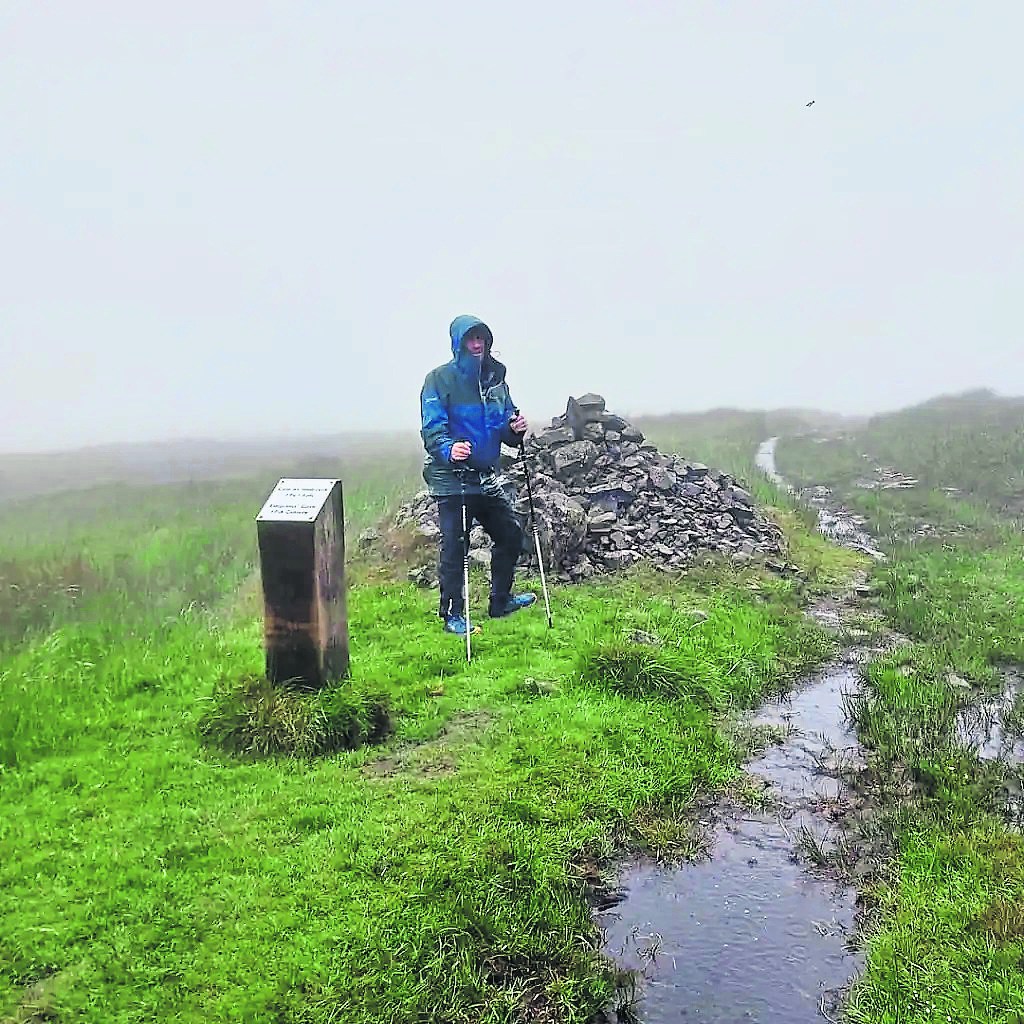 “Projects like STEPS who bring mental health support and suicide prevention out into your areas is just a no brainer – they need the support. They do such fantastic work.

“Unfortunatley we are still at a stage where there is still a perceived shame around struggling with your mental health and that needs to change, so normalising and removing the stigma of mental health is something that I've been working at for quite a long time.

“And so to support a local charity that puts the money and support into the local community here is really important for me. They do such fantastic work.”

People from the S.T.E.P.S charity came out to support Glenn during his fundraiser, giving him a great boost.

“It was lovely, there were people from the charity who were either on the board, or people who had been helped by the charity who came to the base of the hill when I was on one of my change arounds, or sent me messages and so you know that your steps are helping.

“One lady actually sent me a message saying 'your steps saved my life' and so that was so important because there is no amount of knee niggles or tiredness that can outweigh that sense of purpose when someone tells you that.

A guided walk of the reserve was held earlier this week.

"Especially my wife Kelley who was there at all hours, bringing me food, she walked up with me at sunrise and also she manages the rest of our lives while I'm off doing these things.”

Anyone who wishes to donate can still do so via Glenn's Just Giving page.