The manager has faced inevitable comparison's with the 2012 Donegal side. 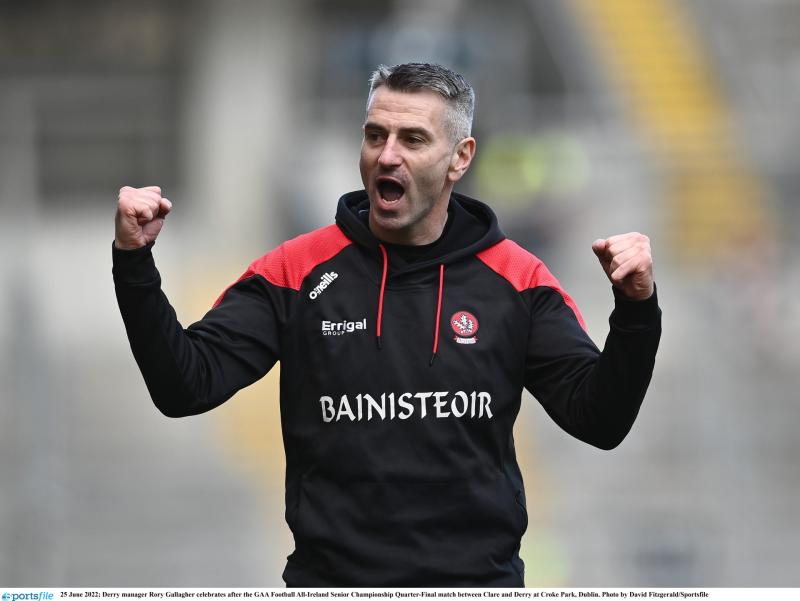 Ten years on from Donegal's incredible All-Ireland winning run in 2012, Rory Gallagher is leading his Derry side back to the familiar territory of a last-four clash in the capital.

Comparisons between the sides are unavoidable, and manager Rory Gallagher has described Derry's current run as a 'very believable whirlwind'.

“You can feel it to an extent. Donegal was an unbelievable whirlwind in a sense that they hadn’t won it in 19 years,” he said. 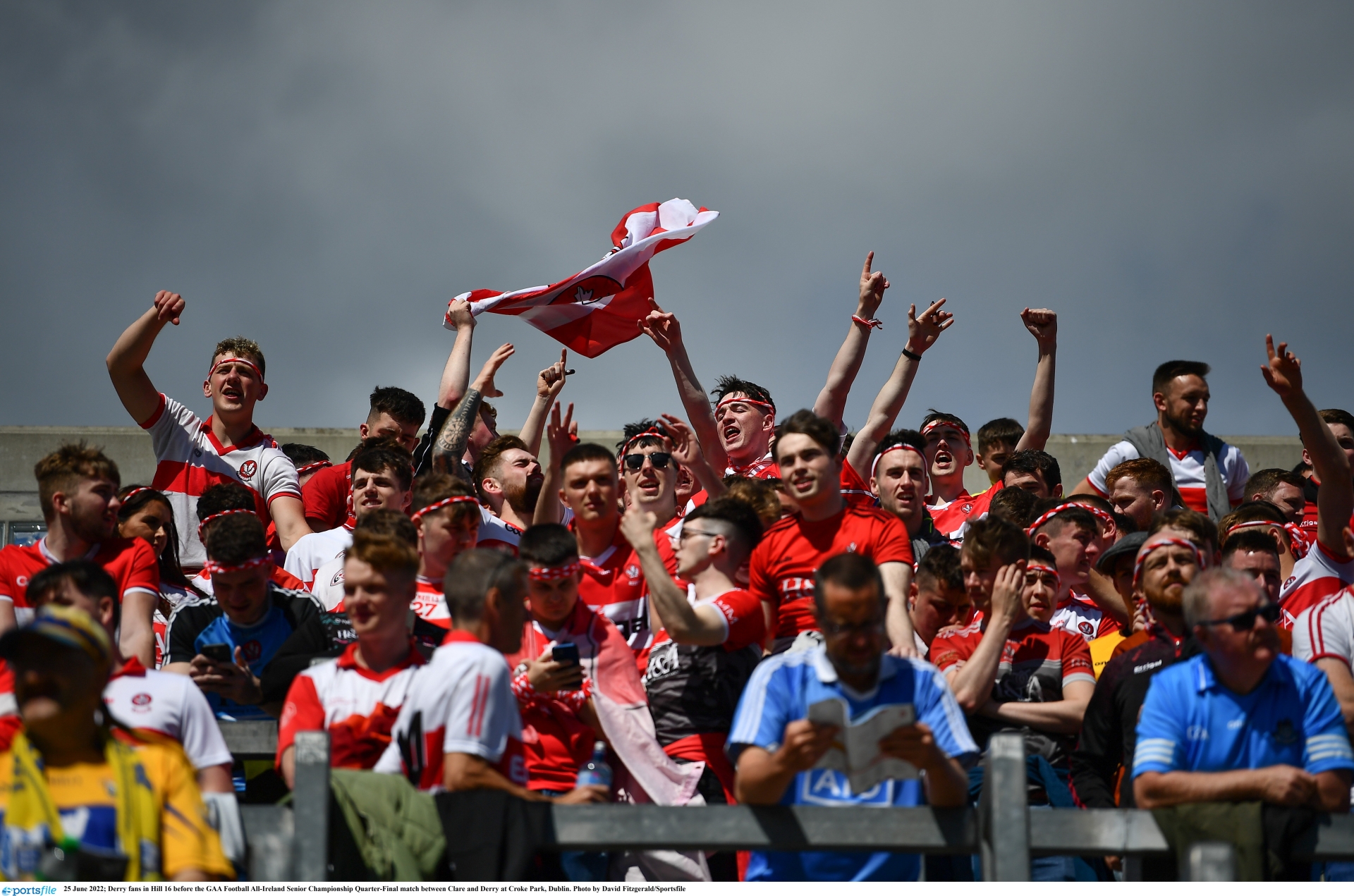 “I would say Derry’s support, where Donegal’s support was massive, this Derry support is from a smaller area. You take it from Magherafelt to Derry City is not a big spin in comparison to Donegal.

“To see the pulling together of a small area and then if you take the South Derry contingent, with the huge amount of clubs and the amount of friendships those players have, it has been very unique.

“It is a bit different to Donegal, there are comparisons but Derry is still a different experience,” he added.

Any hint of an inferiority complex, or feeling that Derry need to pinch themselves to be in an All-Ireland semi final has been cast aside by Gallagher.

“My perception of Derry growing up was that they were like Chelsea and Man City, because they were winning everything at schools and that was the centre of our universe at underage,” he said. 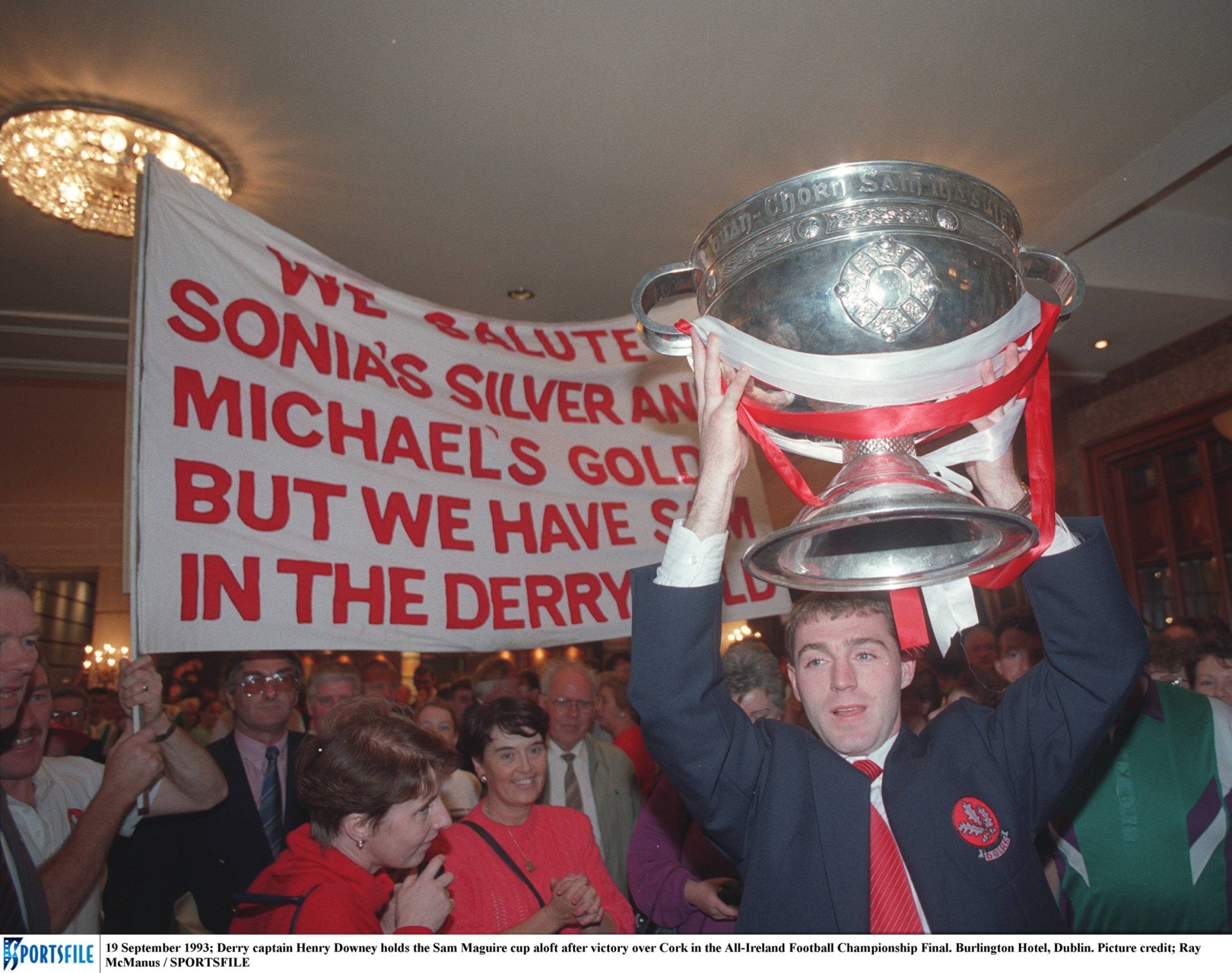 “It goes back to everything I believe in. You don’t need a massive amount of players. It is a small nucleus of players and we are trying to harness the things that are in our favour.

“Being close together, knowing each other having went to school with each other, played with development squads altogether.

“And working locally and being able to train at an earlier time, things like that are advantageous to us.

“While it’s great and if you compare our population to Dublin’s, it’s great, but it doesn’t matter a damn to me, or the players or Derry County Board, or the Derry supporters, they want to compete with Dublin.

“They want to compete with Galway,” he added.

The players' drive for success has led to them coming together in groups, and Gallagher says it is an example of their insatiable drive for improvement.

“Inter-county players will want to be the absolute best they can be. That’s the vast majority of the counties and they want to train at an elite level,” he said. 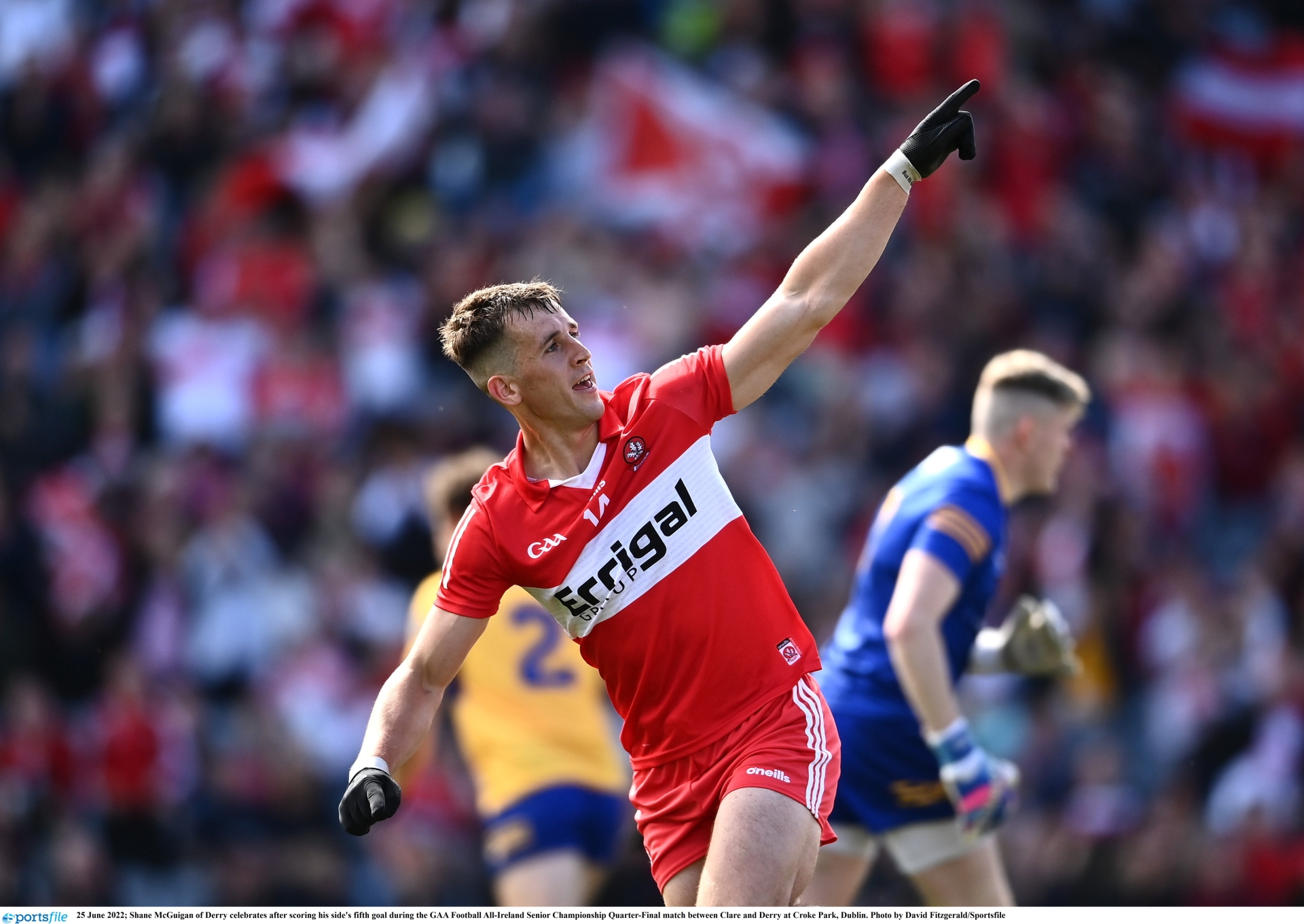 “You try to go into a swimming pool at half six on a Sunday morning, there are swimmers who aren’t even going to the Olympics. You see the cyclists out, boxers…they train almost every day.

“In season, I’d imagine most inter-county footballers do some form of training and it’s pitch sessions three times a week.

“That’s generally all myself or the management team are there. Then the Strength and Conditioning or Athletic Development coaches could have them another one or two days.

“Niall Loughlin would see Peter Hughes on the two or three days we are not training. Paudie Tad would. Hughes would drive past and meet them in Greenlough or Lavey.

The Slaughtneil man says the younger players are coping well with the hype.

“That’s the time they want to put into it and I think they’ve learned whether it’s Dublin as the flagship team, whether it’s Donegal, Monaghan, Tyrone in Ulster, that more is needed.

“To get that opportunity to train at that level, I think there are very few inter-county players don’t want that.”