The Slaughtneil man says the younger players are coping well with the hype. 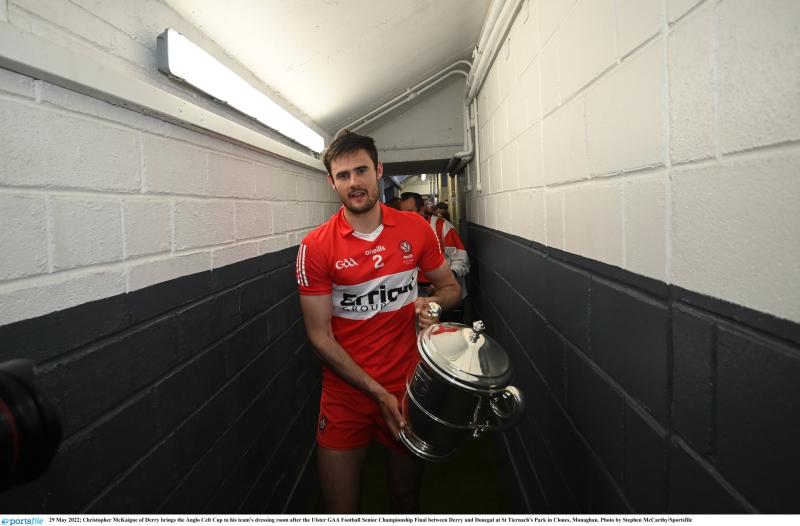 It started with a photoshopped picture of Benny Heron and a goat being held aloft at the bottom of Fermanagh Street.

Since then, the social media hype surrounding the current Derry senior football squad has ramped up, with an avalanche of memes and internet videos cranking things up to fever pitch.

Team captain Chrissy McKaigue though says the dressing room have been 'intelligent' in coping with a hype, that prior to this year, would have been unfamiliar for the majority of the players.

“One of the best compliments I can say about this group is, the meeting we had in Owenbeg after winning the Anglo Celt, getting back to training, there was no giddyness,” he said. 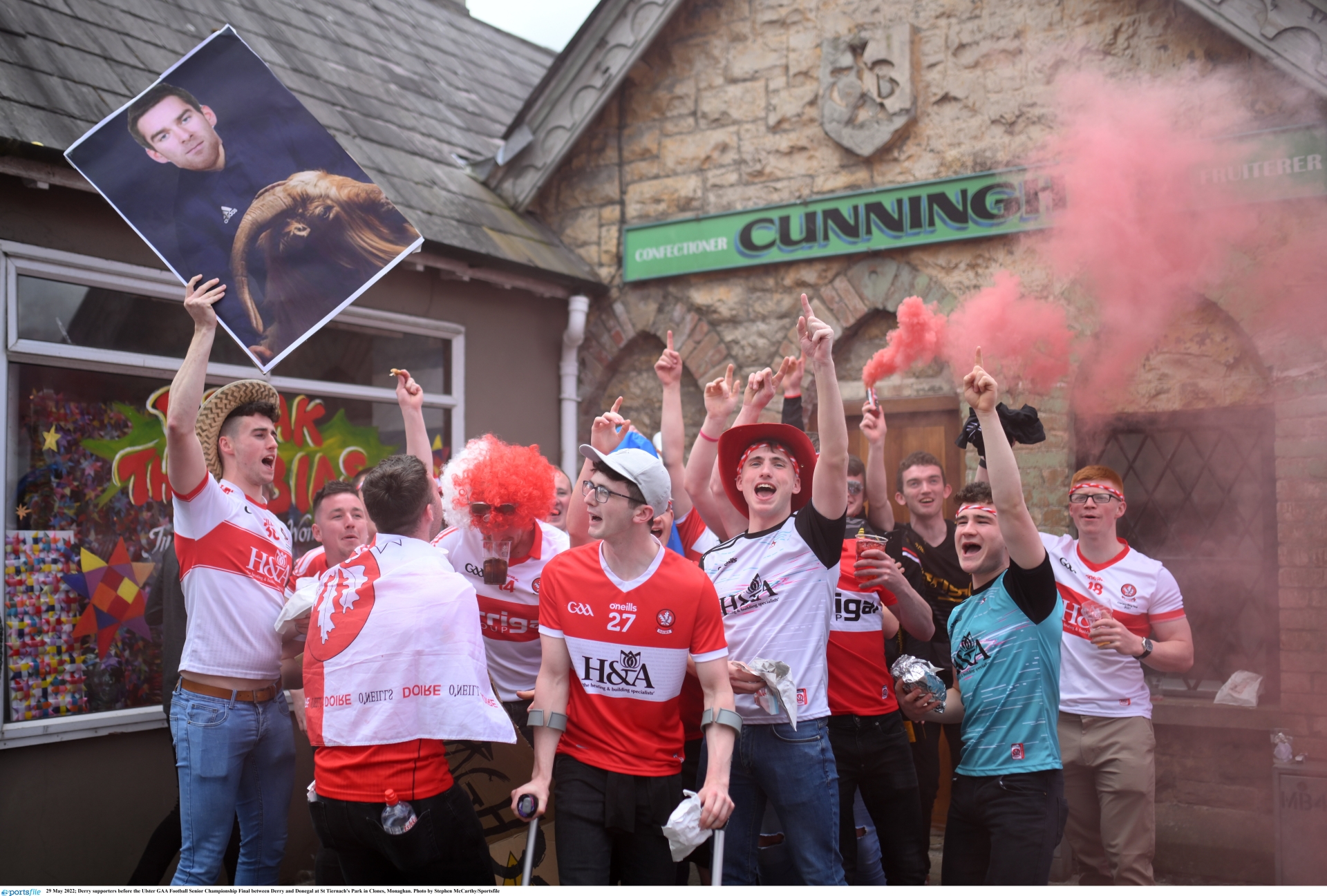 “I was expecting it with the age profile of the team, but there was that sort of thing, the 'We've achieved that so what's next?'

“When I went home and actually reflect upon that, well how would it be any different when you have the likes of Conor Glass, Shane McGuigan.

“Lads who have never been used to anything other than winning; schools, Mac Rory Cup, Hogan Cups, Derry minors, Derry U20s, their clubs are successful.

“They are playing against players that they have already beaten at underage level, there is no inferiority complex, there is no baggage.

“When we come to train, we are not allowed to have our minds on it but there is genuinely no giddyness or no sense of, 'Look at me, look what we've achieved.'

“There's also enough intelligence within the dressing room to understand the next game is always the most important game.

“We've already been humbled by Galway once this years so we know if we are not on it, it could happen a second time.”

McKaigue has dipped his toe in management with Desertmartin in recent years, and has coached in schools and underage, but when it comes to discussing man marking tasks, there is only one boss.

“Myself and Rory have many discussion throughout the day but there has never been a scenario where I tell him what I think! I just do what I'm told and that's grand,” he said. 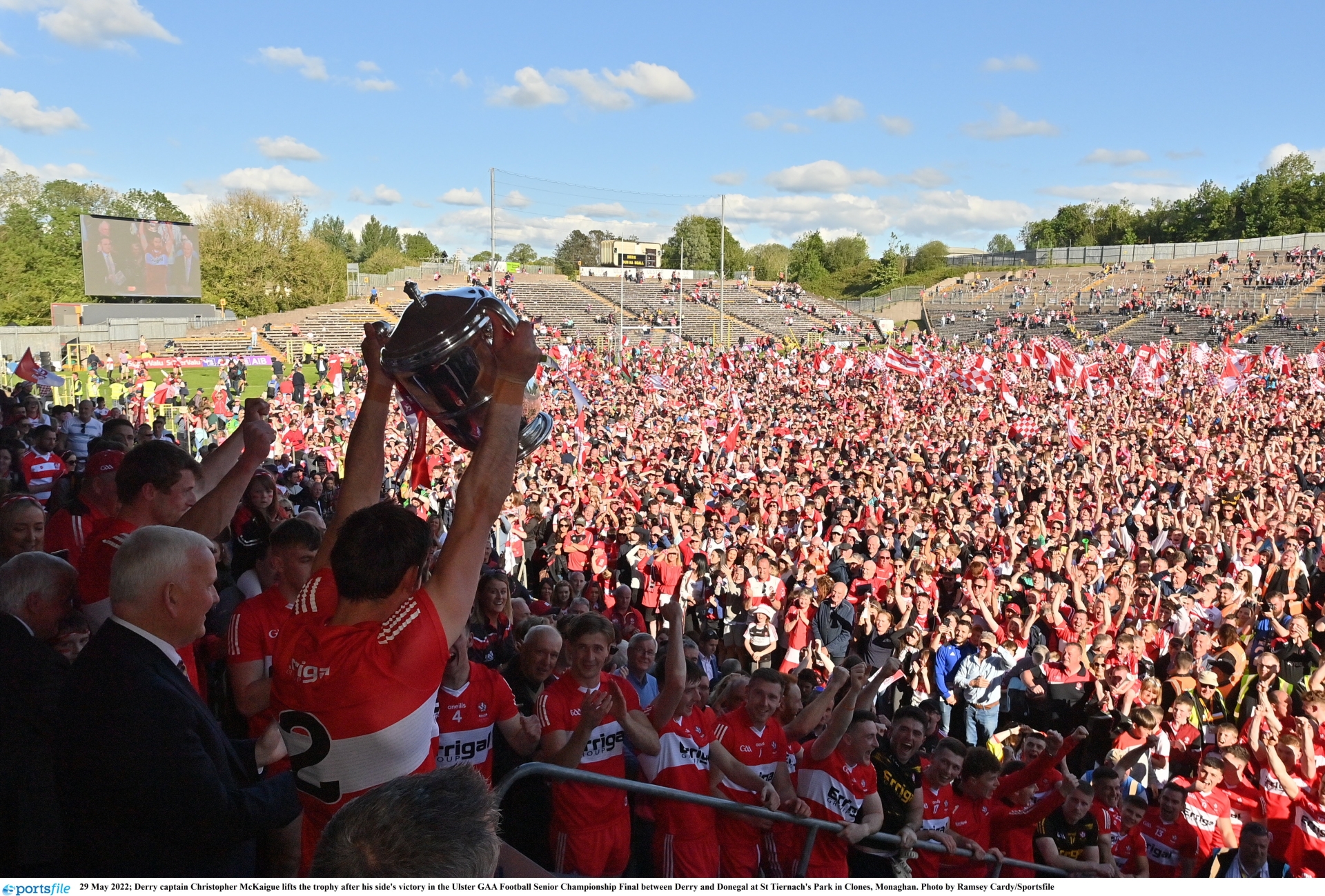 “It is a bit different now and we are all aware of it that when you go to the high levels, it is harder to match up because there are more fires to put out but I have every faith in our defenders to do that.”

The Slaughtneil man admitted that the idea of being in the final four of the All-Ireland series would barely have entered into the squad's thinking at the beginning of the season.

“We had a very clear focus at the start of the year, I'll pull no punches, it was to get promoted and we had a fairly good league campaign but most people's standards,” he said.

“I think I'm right in saying we made history in that we finished had the highest points total ever not to get promoted, so that was a bit of a downer but the reality is our league performances weren't great.

“We were still getting results in the league and, most times, relatively comfortably, but we knew there was going to come a day when we were going to come unstuck and Galway in Owenbeg was that day.

The Derry manager says he knows who his penalty takers are.

"It was a really bad day in terms of weather but I don't think it would have mattered because our performances prior to that game weren't good enough.”

The Ulster championship win over Tyrone game marked a watershed moment for the season, the day on which things turned.

"Once the league was over, it was sore but it was like a reset button because we knew then we had a 30 day run in until we played Tyrone and we knew then we would get our house in order,” he said.

“We targeted that Tyrone game like it was the biggest game in the world because it was for us.

"When we beat Tyrone, we knew we were capable of beating anybody. Monaghan came next, Donegal after that and Clare came after that.

“It's just been like the click of a finger. We have a flavour of it now and we don't want to let it go,” he added.