The poet is a regular visitor at Laurel Villa in Magherafelt. 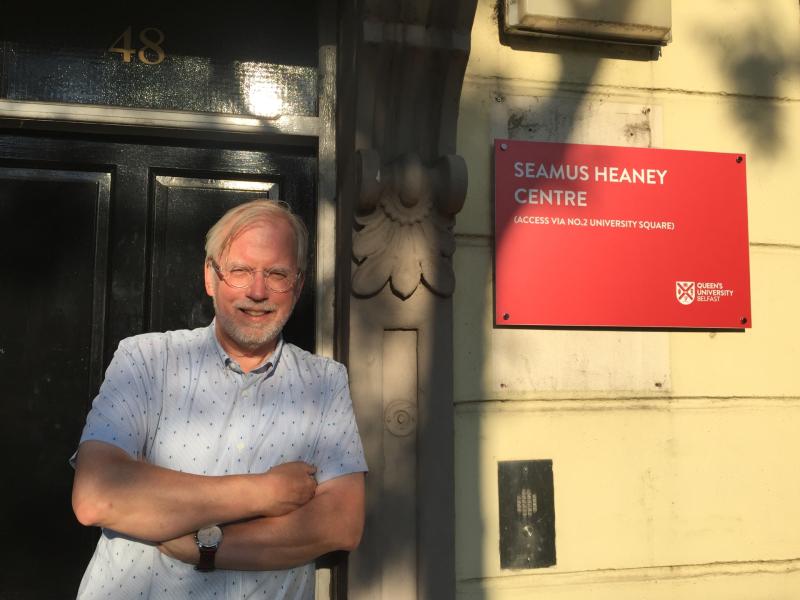 A historic bomb attack in County Derry has formed the basis of a poem recently published in a Canadian publication by a poet from Vancouver.

Tom Woods, who writes under the pen name PW Bridgman, penned a poem on the events of the 1993 Magherafelt bomb after a conversation with a well-known local historian.

'There was Fire in Magherafelt' has been included in Volume 44 of the Canadian Journal for Irish Studies, something Woods said was a 'great honour'.

I feel honoured to have my poem, "There Was Fire in Magherafelt", reappear in vol 44, no 1 of the Canadian Journal of Irish Studies. The poem nods to the genius of Sinéad Morrissey and Seamus Heaney. Thank you, editor Michele Holmgren! #SinéadMorrisey #SeamusHeaney @CAIS_Irish pic.twitter.com/ca6s1McgGa

The poem focuses on the events of May 23 1993, when an IRA bomb demolished the bus station and caused extensive damage in the town's Broad Street area.

A legal professional by trade, Woods chose the pen name PW Bridgman in order to create a separation between the law and his more creative pursuits.

He has ancestral links to south Derry on his mother's side, with her maiden name – Birt – seen more frequently in the area than in his native Canada.

The links were given extra intrigue when Tom discovered his family's reluctance to discuss his ancestry.

“It was a fraught question in our family and there wasn't much willingness to talk about it because of changes and religious affiliations that people felt unease about,” he told the County Derry Post.

“Like any curious young kid, you get a whiff of family history that's thought to be awkward, controversial or difficult and your curiosity is piqued. 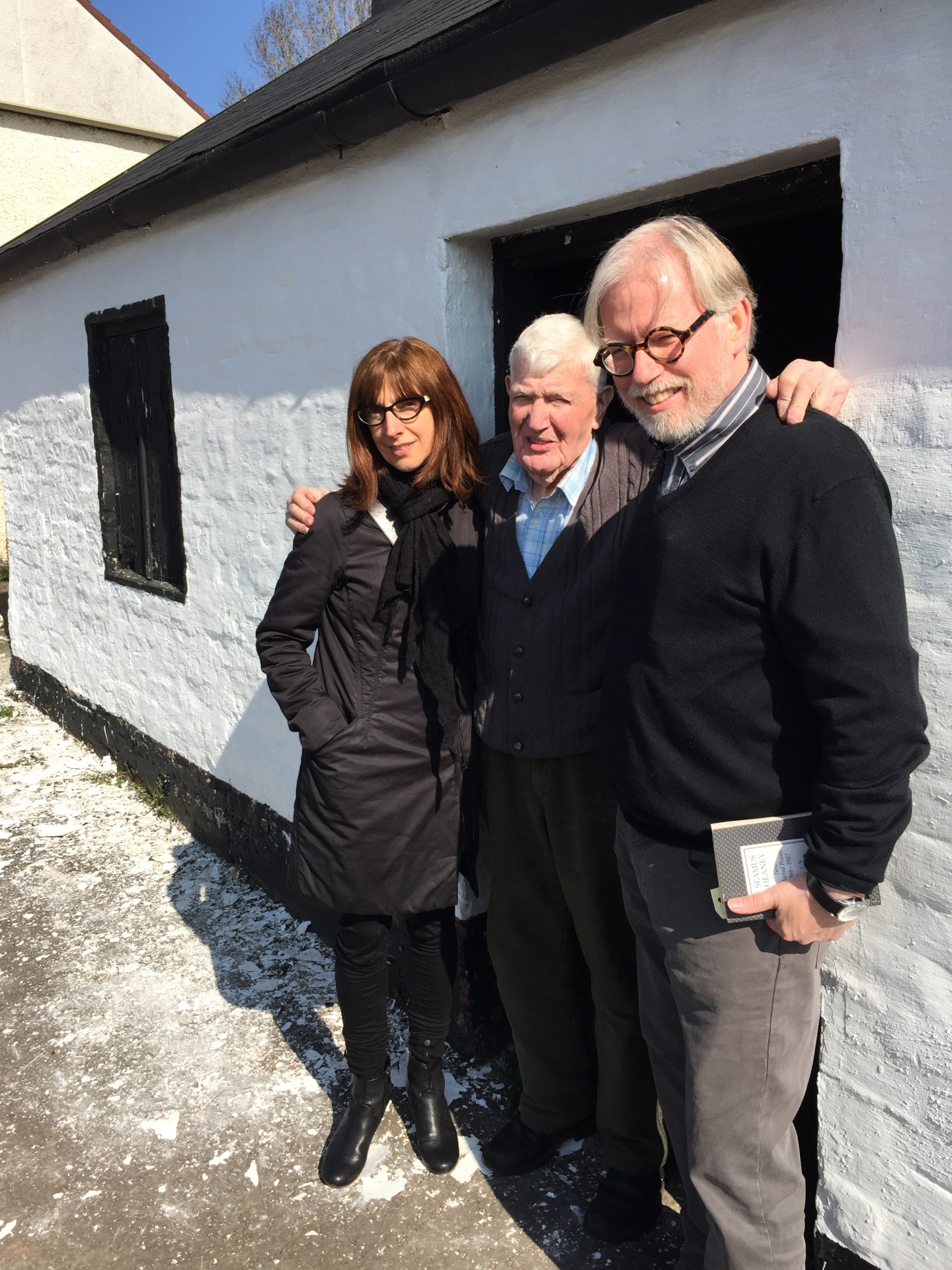 Tom and his wife Lydia on a visit to the late Barney Devlin's forge in 2015.

“No one was terribly keen to answer my questions. There was an aunt who was more forthcoming than anyone else, but there was this awkwardness that clung to it.

“There was embarrassment that someone had moved from one side of the great divide to the other and this kind of thing is still awkward and difficult.”

While staying with Eugene and Geraldine Kielt at Laurel Villa, Magherafelt, Tom found Eugene's recount of the 1993 bomb 'compelling'.

“I think I knew something about the bomb at the Ulsterbus station and the subject came up in conversation,” he said.

“Eugene talked about being at home in Laurel Villa and hearing the detonation of the bomb and having the sensation that the roof of their building almost lifted and came down again.

“His description of it was very compelling so in our wanderings around Magherafelt, I was interested to see where exactly that had happened. 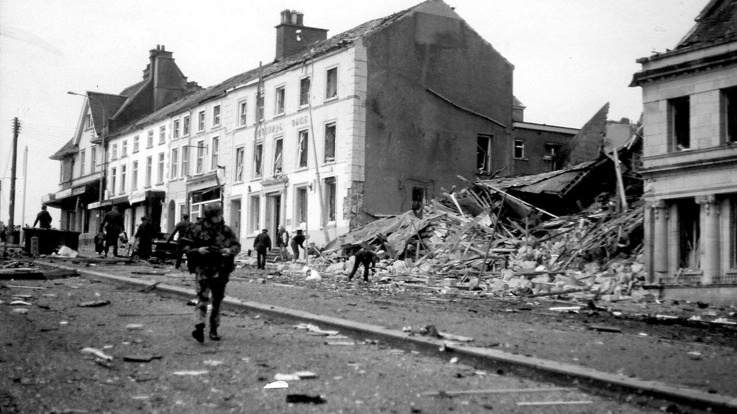 The aftermath of the bombing on Broad Street in 1993.

“I mentioned Seamus' poem 'Two Lorries' which is also tied in, so all of those things came together and I found quite a gripping piece of local history that resonated in Heaney's poem.”

With a nod in the title to Irish poet Sinéad Morrisey's work 'There was Fire in Vancouver', the poem is a vivid look at the events of that day almost 30 years ago.

Woods, who originally released the poem as part of his first book of poems – Lambs – says poetry can be a way of making traumatic events, like the bombing, 'more comprehensible'.

“You'll see poets dealing with traumatic events of all kinds, and we all struggle to try to make sense of them, to discern what we can take from them, or how we can learn from them,” he said.

“You try to take your scattered and distressed response to a traumatic event and collect and organise them into something in the nature of art to render them more comprehensible. 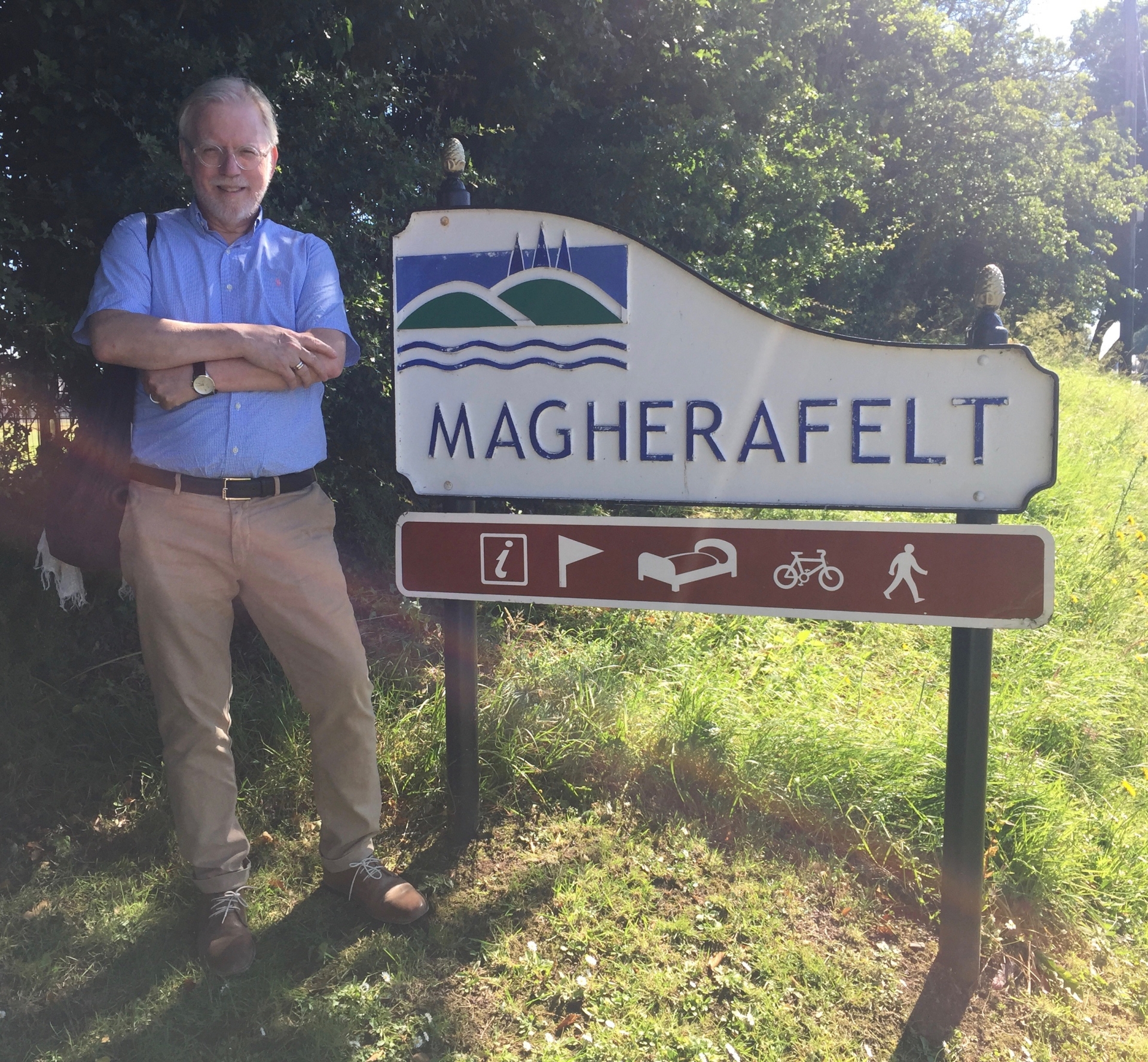 Tom on one of his many visits to Magherafelt.

“The Troubles of course resonate deeply in the poetry of your country. It's an extraordinary history and one that continues to present its difficulties.

“We always feel struck by how determinedly the people we know in Northern Ireland have struggled to move on and rise above conflict as much as possible.

“I think your poets have helped with that, and I'm not naively suggesting those difficulties are behind Ireland; they're not, but there is a vibrancy about the place, especially Belfast.

Maghera area has highest concentration of pubs in County Derry

Department for Communities (DfC) data has detailed the number of liquor licences in every DEA.

“It has a real sense of a strong cultural life. The people have been successful in picking up and moving on, making the city a welcoming, exciting place to be.

“That really makes an impression on someone who has ancestral ties but has been an observer from a distance, and for many years wanted to go and get a feeling for it,” he added.

You can read more information about Tom Woods/PW Bridgman, his poetry and his fictional writing by visiting his website.