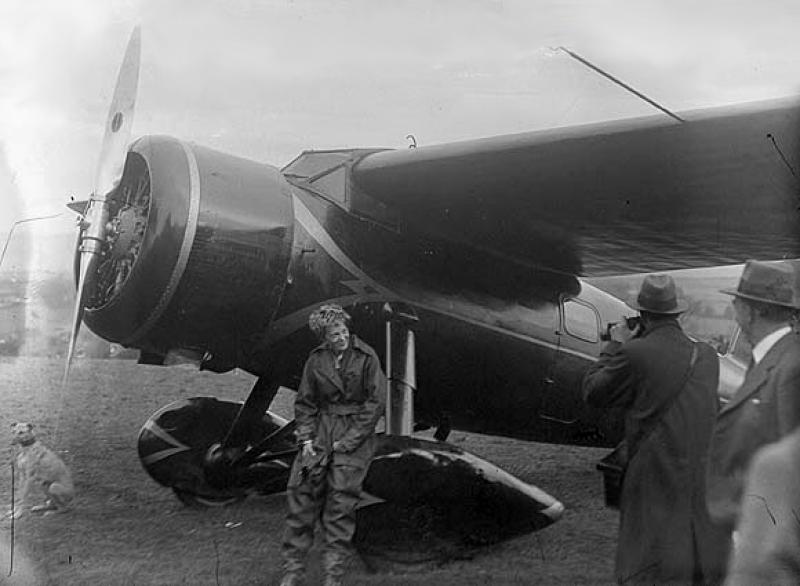 Tomorrow will see the unveiling of a significant new major piece of street art celebrating Amelia Earhart's historic solo Atlantic crossing in May 21, 1932.

Commissioned by Community Restorative Justice North West (CRJ-NW) and funded by Derry and Strabane District Council's Good Relations Programme, it is hoped that the artwork will act as a positive and inspirational community asset enhancing the fabric of the area, commemorate a momentous event in local history, and act as a catalyst for community pride locally and across the city.

The mural will be sited on the side wall of the Eurospar Store (Galliagh Co-op) and will be unveiled a ceremony taking place at 2.00pm

The artwork was created by Derry artist Joe Campbell and will take the form of a digital print spanning 48ft wide and 8ft high.

It will feature a portrait of Earhart and the flightpath of her Lockheed Vega monoplane.

Joe explained: “Earhart flew over 2,000 miles non-stop in 14 hours 56 minutes, taking off from Harbour Grace, Newfoundland and landing in Ballyarnett on the outskirts of the city.

“ She has, undoubtedly, been an inspiration to many and the title of the piece – 'But what do dreams know of boundaries' – is one of Earhart’s most famous inspirational quotes,’”

Cathal Crumley, CRJ-NW co-ordinator said CRJ had a long record of providing help with community safety initiatives across the city.

“We are also keen to develop and support positive initiatives and good partnership working between local groups and residents.

“This mural, which aims to create a positive image and boost pride amongst local residents and young people, is part of CRJ’s continuing outreach work in the community. It represents a successful partnership between CRJ and Greater Shantallow Community Arts and creates a unique entrance to the newly opened Galliagh Community Centre.

“It will also tie in with the wider 90th anniversary, city-wide celebrations of Earhart's landing at Ballyarnett. I would like to congratulate Joe on producing such a momentous landmark and visual focal point for Galliagh.”

He concluded, ‘I wish to congratulate Joe on creating this new landmark for Galliagh. I also wish to thank Derry and Strabane District Council's Good Relations Programme,”