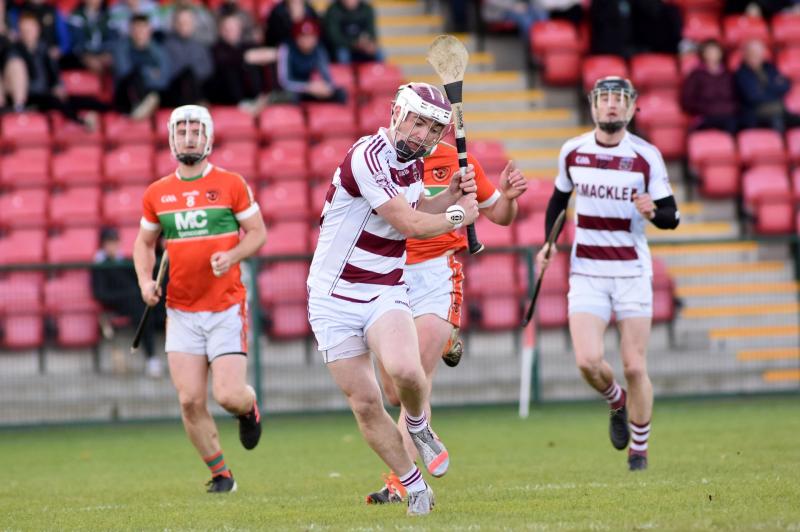 Slaughtneil continued their quest for a ninth successive Derry SHC title with a facile 4-19 to 1-6 win over Lavey on Saturday at Owenbeg.

The Emmet's got off to the best possible start with a Brendan Rogers goal in the second minute.  He added a second as the champions went into the first water break 2-6 to 0-1 ahead.

Chrissy McKaigue led the way with seven points and was constantly reminding his side not to concede frees, with their control helping them to a 3-10 to 0-4 interval lead.

Sé McGuigan added Slaughtneil's fourth goal early in the second half to put the game out of reach.

Lavey had a goal disallowed for square ball when Ciaran Hendry had a long-range ball flicked to the net.

Oisin O'Doherty denied Ryan Mulholland with a smart save, with Paul McNeill clearing the rebound to safety.

Lavey did manage a goal late on when Sam Dodds forced a Jack Shaw pass over the line, but the Emmet's were home and dry by then.